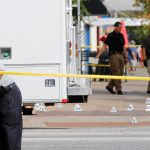 Investigators work the scene of a multiple fatality shooting midday Sunday, Oct. 1, 2017, near the corner of 11th and Massachusetts streets.

Trial proceedings have begun in the case of the man charged with the most murders in a single incident in recent Lawrence history: the 2017 triple homicide on Massachusetts Street.

Charged with three counts of murder plus one attempted murder, Anthony L. Roberts Jr., 22, of Topeka, appeared in Douglas County District Court Monday morning in a blue dress shirt and slacks, for the first day of what’s scheduled to be a two-week trial. The jury selection process is expected to continue into Tuesday at least.

It was about 1:40 a.m. — bar-closing time on a busy night in downtown Lawrence — on Oct. 1, 2017, when a fistfight and then a spray of close to 20 gunshots broke out on the northwest corner of 11th and Massachusetts streets.

Hit and killed by the bullets were Leah Elizabeth Brown, 22, of Shawnee; Colwin Lynn Henderson III, 20, of Topeka; and Tre’Mel Dupree Dean-Rayton, 24, of Topeka. Royelle Hunt and Tahzay Rayton, both of Topeka, were shot but survived.

Brown, who’d just left a nearby bar, was the only victim who knew no one involved. According to previous testimony in the case, the fighting started between groups of Topeka men with prior bad blood.

Evidence expected to be presented during Roberts’ trial includes public camera footage of the incident showing muzzle flashes on the corner, a crowd of bystanders running and suspects running to a vehicle in a nearby parking lot, all of which was played at a preliminary hearing. Police officers who fended off crowds to tend to victims in the street, as well as officers who pursued suspects afterward, are expected to testify. Other Topeka men involved in the fight — both friends and purported foes of Roberts — also have been subpoenaed for the trial.

Roberts’ trial initially got underway in November, but that trial was called off when the judge declared a mistrial four days into jury selection.

Pokorny at that time also split Roberts’ trial from that of his two co-defendants, who were each charged with lesser crimes from the same incident.

The cases of those two men have since been resolved.

Ahmad M. Rayton, 23, of Topeka, was originally charged with three felonies from the incident, including shooting Hunt. Rayton took a plea deal and was ultimately convicted of a single count of attempted voluntary manslaughter, for trying to kill Topekan Robert Wheeler, whom he shot at but missed. Rayton was sentenced to 10 years in prison.

Dominique J. McMillon, 20, of Topeka, was initially charged with felony aggravated assault for allegedly threatening Wheeler with a gun, plus misdemeanor battery for hitting Wheeler, sparking the fistfight that turned into shooting. Following a plea deal, McMillon was convicted of the misdemeanor charge and sentenced to six months in jail, a length of time he’d already served while awaiting trial in the case.

The DA’s office has issued subpoenas for both former co-defendants to testify at Roberts’ trial. 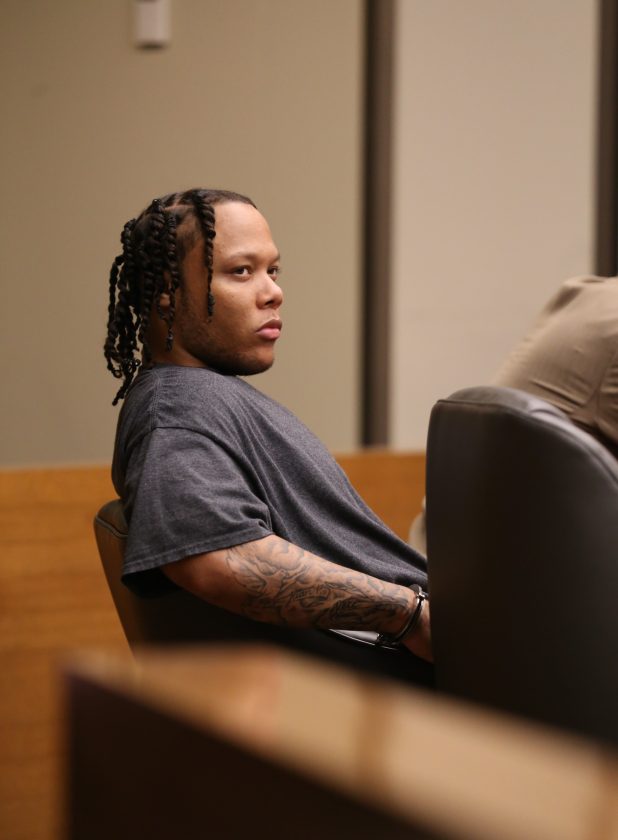 Anthony L. Roberts Jr. appears in Douglas County District Court on Friday, May 31, 2019, during a hearing prior to his murder trial. 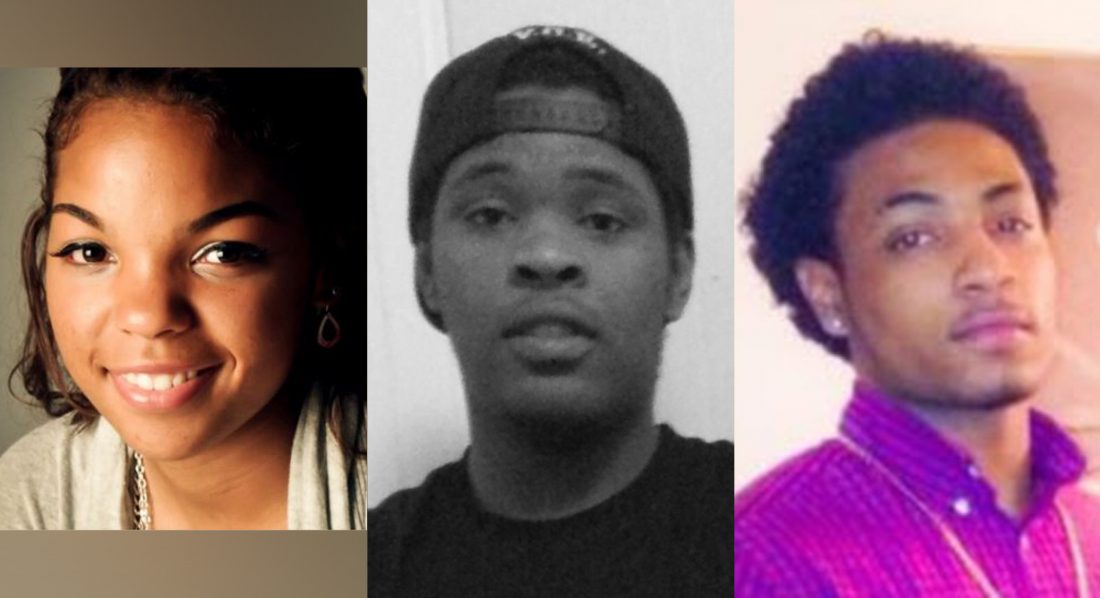