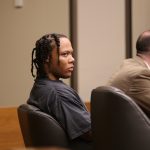 Anthony L. Roberts Jr. appears in Douglas County District Court on Friday, May 31, 2019, during a hearing prior to his murder trial. One of his attorneys, Joshua Seiden, is pictured at right.

A number of witnesses subpoenaed for the Massachusetts Street triple murder trial are either former co-defendants in the case or people who are in jail for unrelated charges.

None of those witnesses, or other potential witnesses, have been promised anything in exchange for testifying, prosecutors confirmed at a pretrial hearing Friday, after defense attorneys asked that any such deals be disclosed.

“There have not been any deals made regarding testifying in this case,” prosecutor Hannah Wittman said.

At Friday’s hearing attorneys and Douglas County District Court Judge Sally Pokorny hashed out questions, largely about whether certain evidence would or wouldn’t be allowed at the upcoming trial.

Among people subpoenaed to testify against Roberts are three of his friends who came to Lawrence with him the night of the crime, were on the corner with him when it happened, and rode out of town with him afterward.

Two of those men were charged with lesser crimes in connection with the brawl and shootings, and they have since entered pleas and have been sentenced.

A few others the state may call to the witness stand are in jail locally or in other states — including a so-called “jailhouse snitch,” a fellow Douglas County Jail inmate who told law enforcement that Roberts, unsolicited, told him details about the crime — according to court filings.

Among the judge’s other orders:

• Neither side will be allowed to bring up evidence of gang affiliation, either by Roberts or anyone else involved. Possible gang ties were mentioned at a preliminary hearing in the case.

• Over objections from defense attorneys, prosecutors will be allowed to show the jury a photo of each of the three slain victims as they appeared in life, to help prove their identity. Roberts’ attorneys had argued such photos could unfairly inflame emotions of jurors.

• Also over objections from defense attorneys, prosecutors will be allowed to show a limited number of photos of those victims’ bodies, though faces are to be obscured.

How many bullets were fired, the direction they came from and where victims were hit is among key evidence in the case.

• No one in the gallery for the trial is allowed to wear supportive clothing, such as items bearing victims’ pictures or names. 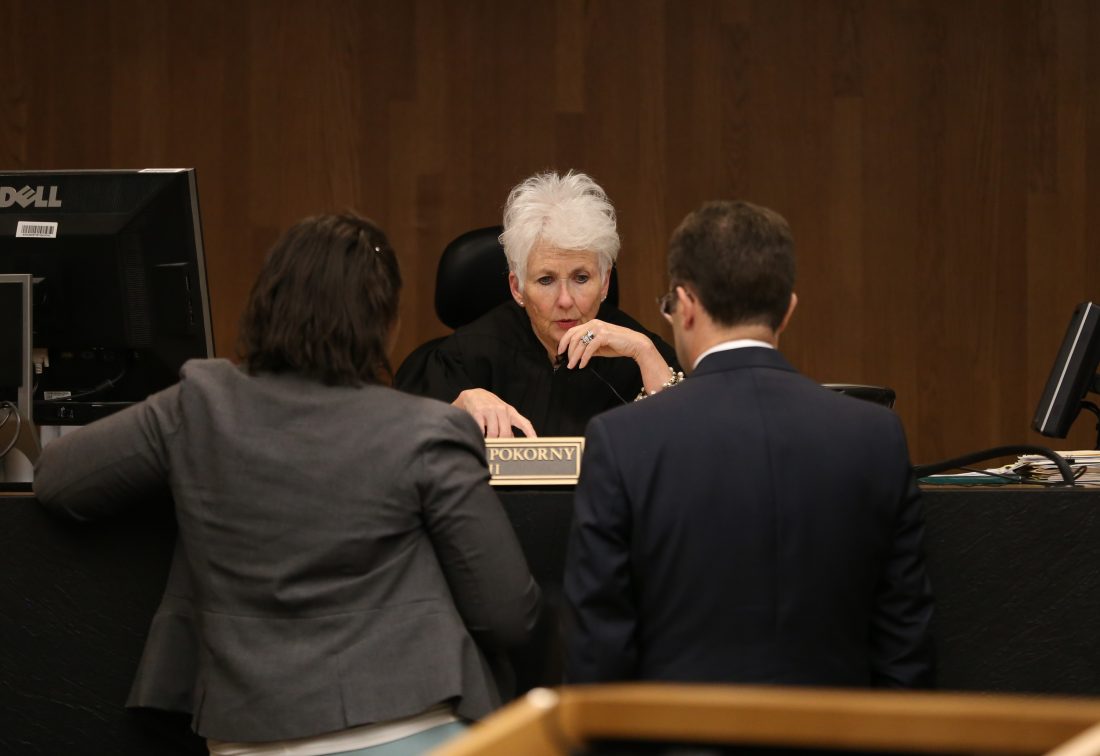 It was about 1:40 a.m. — bar-closing time — on Oct. 1, 2017, when Roberts and his friends got into a confrontation with other Topeka men on the northwest corner of 11th and Massachusetts streets.

The victims who died were Leah Elizabeth Brown, 22, of Shawnee; Colwin Lynn Henderson III, 20, of Topeka; and Tre’Mel Dupree Dean-Rayton, 24, of Topeka. Royelle Hunt and Tahzay Rayton, both of Topeka, were shot but survived. Brown, who’d just left a nearby bar, was the only victim who knew no one involved.

Ahmad M. Rayton, 23, of Topeka, was originally charged with three felonies from the incident but took a plea deal and was convicted of a single count of attempted voluntary manslaughter, for trying to kill a man he shot at but missed. Rayton has been sentenced to 10 years in prison.

Dominique J. McMillon, 20, of Topeka, pleaded no contest to misdemeanor battery for hitting a man, sparking the fistfight that turned into shooting. McMillon was sentenced to six months in jail, a length of time he’d already served while awaiting trial in the case.

Editor’s note: This story has been edited to correct the spelling of attorney Shaye Downing’s name.