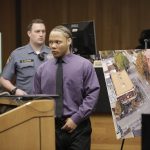 Anthony L. Roberts Jr. passes by a photograph showing the intersection of 11th and Massachusetts streets during closing arguments for his trial in Douglas County District Court on Monday, June 24, 2019.

Jurors on Monday began weighing whether a young Topeka man committed murder when he opened fire on Massachusetts Street.

Following two weeks of jury selection and testimony in the trial of Anthony L. Roberts Jr., 22, in Douglas County District Court, attorneys delivered closing arguments Monday and jurors took over the case about 1:30 p.m. They deliberated until 5 p.m. and planned to continue Tuesday morning.

About 1:40 a.m. Oct. 1, 2017, at the northwest corner of 11th and Massachusetts streets, members of two groups of Topeka men who didn’t get along started throwing punches.

In a matter of seconds, five people were hit. In a matter of minutes, three of those people — with bullet wounds straight through their chests — died.

Other testimony from trial

“The man who caused all that death and injury is sitting right there,” Branson said during his closing arguments, extending his arm and pointing at Roberts seated a few feet away.

“The defendant’s asking you to excuse his actions as self-defense … the evidence will prove that there was no self-defense in this case. This was just plain and simple murder.”

He’s charged with two counts of first-degree felony murder, for allegedly killing Leah E. Brown, 22, of Shawnee, and Tre’Mel D. Dean-Rayton, 24, of Topeka, as he was firing at Henderson.

Judge Sally Pokorny instructed jurors that if they don’t find Roberts guilty as charged in the death of Henderson and wounding of Rayton, there are a number of lesser offenses they could convict him of. For Henderson, those were several categories of voluntary or involuntary manslaughter. For Rayton, they were various categories of manslaughter and aggravated battery.

The judge gave no so-called lesser-included offenses as options in lieu of Roberts’ first-degree murder charges.

Branson said Roberts came to Lawrence packing a gun and looking to “settle a score.”

The prosecution’s summary of the case emphasized a friend of Roberts who’d gotten beaten up earlier that evening outside the Granada. Branson said evidence showed that man went back to Topeka, returned with Roberts and his friends, who then instigated a fight with associates of the man who bloodied the friend’s nose.

Dashcam video from a police patrol vehicle parked across the street, along with other public camera views, showed victims falling at the same times that Roberts was shooting, Branson emphasized. He said video showed Henderson stooped over and apparently punching someone when Roberts shot him — in the back — from afar.

Branson also reiterated that all 15 9 mm shell casings left behind on the corner were fired by Roberts’ Glock 26, forensic testing showed.

Roberts’ appointed attorneys, Shaye Downing and Joshua Seiden, said Roberts was legally openly carrying a gun with an extended magazine downtown that night — but that doesn’t show he intended to kill anyone.

Nor was he required by Kansas law to retreat or wait until someone else shot at him first, they said.

“He had every reason to believe that he was in danger of being hurt, of great bodily harm, or death,” Downing said in her closing arguments. “He is permitted to use force against another person even if it’s likely to cause death or great bodily harm, in certain circumstances.” 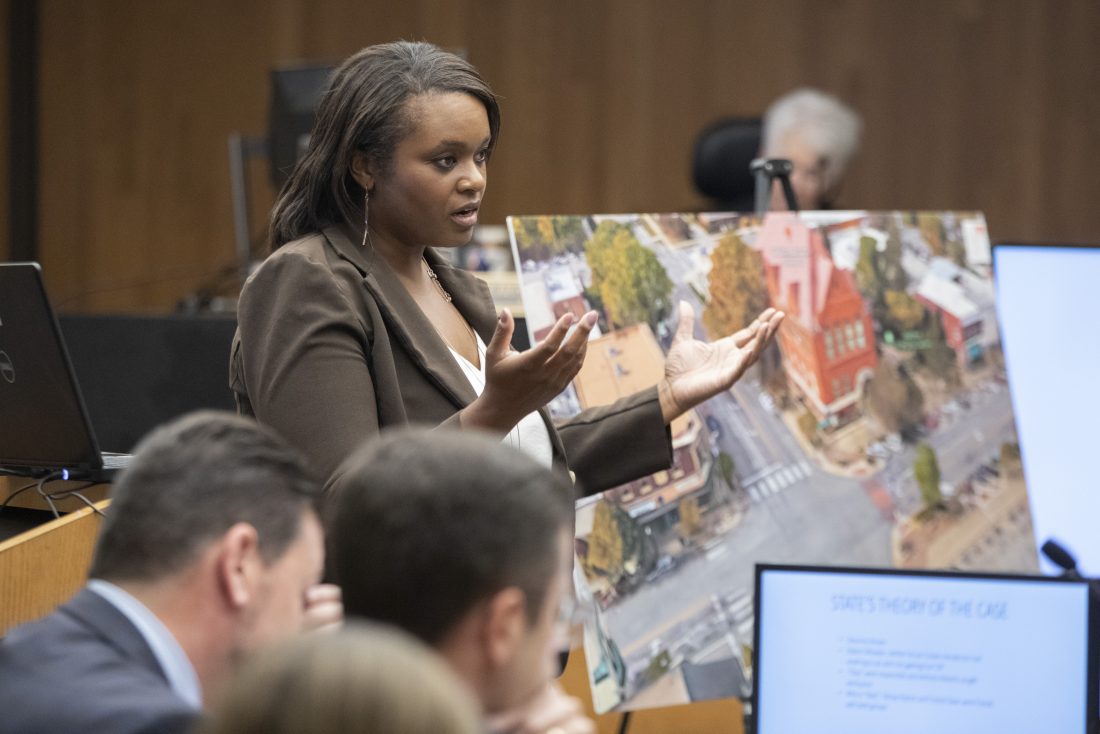 Roberts previously told the jury that he’d planned all day to come to Lawrence to party, not to get revenge. He said he always carried his handgun, with no exceptions. He said men in the other group outnumbered and starting punching him and his friends first. Although no one else testified seeing guns on anyone but Roberts and his friends, Roberts said he saw one of the opposing group members with a gun in his hand and feared he would be shot.

Roberts’ attorneys said a key witness who was punched and shot at during the incident changed parts of his story several times over the course of the investigation and courtroom testimony.

Further, they added, forensic testing of guns, shell casings, a bullet and fragments from the scene failed to prove any of the victims were shot by Roberts.

Roberts’ defense team also accused the Lawrence Police Department of tunnel vision rather than thoroughly investigating leads that didn’t support their initial theory of the case.

“Not only was it a rush to judgment, but it was full steam ahead no matter what happened,” Downing said. “The only leads pursued … were those meant to bolster the state’s theory.”

Branson rebutted that the investigation was thorough and that the leads detectives pursued were those — out of hundreds — that were corroborated by other evidence. 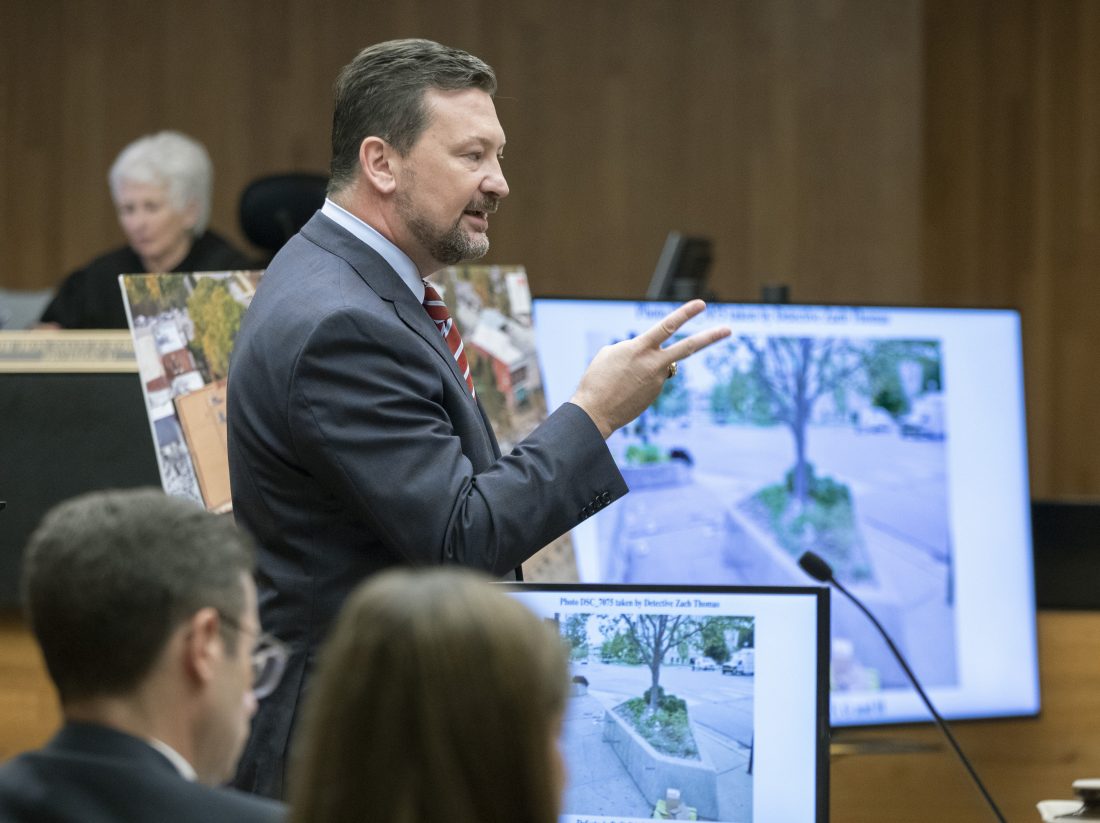 Two of Roberts’ friends were charged with less severe crimes in the incident. Ahmad M. Rayton and Dominique J. McMillon, both of Topeka, entered pleas and have been convicted.

Prosecutors have said that Rayton was the second and only other man shooting at the scene, and that six .40-caliber shell casings left behind all were fired from the same gun, fired by Rayton.