Mass. Street trial begins: Prosecutors say defendant came to ‘settle a score’ and murdered 3 in melee; he argues he fired in self-defense 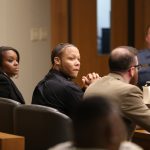 Anthony L. Roberts Jr. is pictured as opening arguments in his murder trial get underway in Douglas County District Court on Wednesday, June 12, 2019. He is seated with defense attorneys Shaye Downing and Joshua Seiden.

While hundreds of others on Massachusetts Street were just out having a good time, Anthony L. Roberts Jr. rolled into Lawrence to “settle a score,” prosecutors contended Wednesday in opening arguments at Roberts’ murder trial.

Roberts, 22, of Topeka, and his friends confronted a group of other Topeka men they had “bad blood” with, Deputy District Attorney David Melton said. They started brawling. Guns came out. Roberts — who had an extended magazine on his gun — fired at least 15 times, Melton said, and it was his bullets that wounded one and killed three other victims.

Roberts’ defense team, however, said Roberts fired to defend himself and his friends. Even still, they said, forensic evidence won’t prove he shot any of the fatal bullets.

Others instigated the deadly incident, yet police only investigated Roberts and his friends as suspects, appointed defense attorney Joshua Seiden argued.

Seiden said that Roberts — who legally carried a gun for personal protection — and his friends were outnumbered by their foes. When the fight devolved, Roberts reacted by shooting.

“Anthony and his friends are being pummeled, and Anthony’s about to be next,” Seiden said. “Anthony saw guns being drawn, he had no time to think, and he reacted. Anthony drew his gun, a 9-millimeter Glock. To protect his friends and to protect himself, Anthony fired that Glock.” 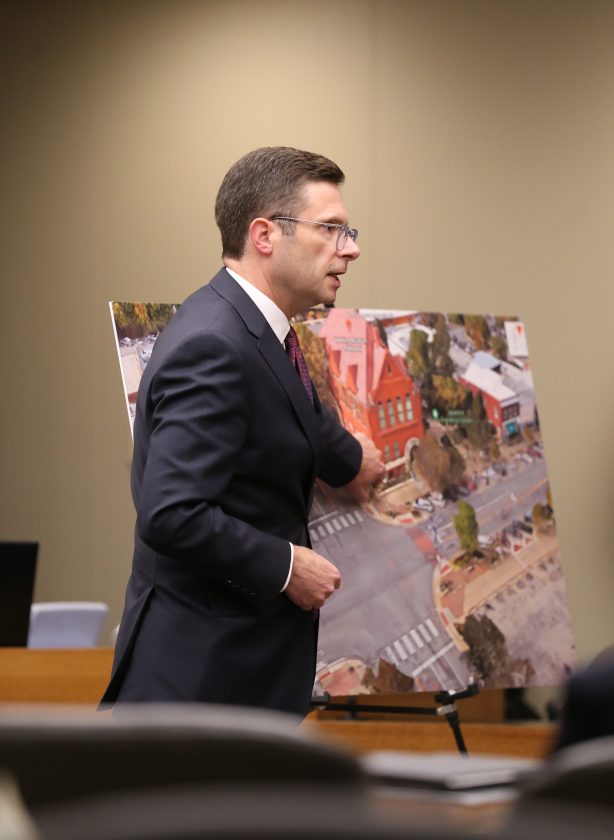 During opening arguments in the triple murder trial against Anthony L. Roberts Jr. on Wednesday, June 12, 2019, in Douglas County District Court, Deputy District Attorney David Melton points to a photo of the intersection of 11th and Massachusetts streets, where the Oct. 1, 2017, shootings occurred. 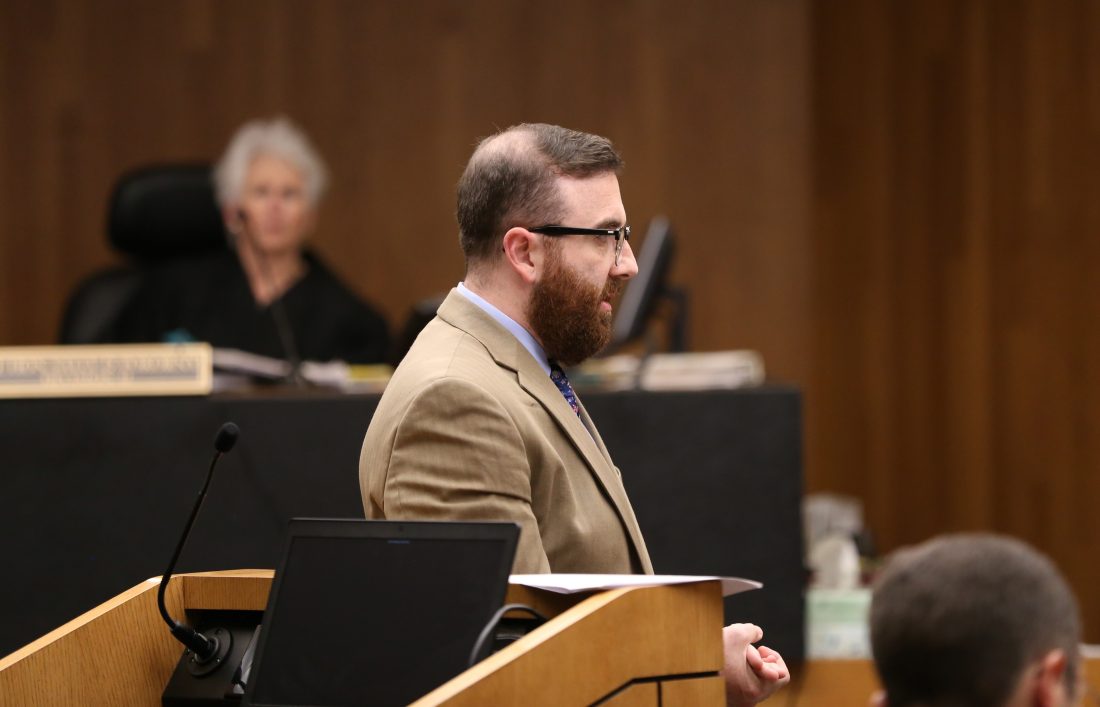 After nearly three days of jury selection, a panel of 12 jurors plus four alternates was picked Wednesday afternoon, and opening arguments began.

Killed were Leah Elizabeth Brown, 22, of Shawnee; Colwin Lynn Henderson III, 20, of Topeka; and Tre’Mel Dupree Dean-Rayton, 24, of Topeka. Royelle Hunt and Tahzay Rayton, both of Topeka, were shot but survived.

Two of Roberts’ friends were charged with less severe crimes in the incident, including the shooting of Hunt. Ahmad M. Rayton, 23, and Dominique J. McMillon, 20, both of Topeka, have since entered pleas and been sentenced.

Brown was the only victim who knew no one else involved.

Melton told jurors they would hear from Brown’s best friend, who was with her when she collapsed in the street and held her as she died.

He said jurors also would see camera footage of muzzle flashes and people running from the shooting; Lawrence police officers testifying about the “chaos” that ensued; and video of officers stopping Roberts and his friends on their way out of town but returning Roberts’ gun and letting them go when they lied about where they’d been that night.

The murder weapon was eventually recovered again, in April 2018 after an unrelated car chase in Johnson County, Melton said. He said it’s unclear where the gun had been since the homicides but that the person in the car chase had nothing to do with the Lawrence incident.

Lab testing confirmed that 15 shell casings left on the corner of 11th and Massachusetts were from that gun, which Melton said was Roberts’ Glock.

Seiden urged jurors to set aside the particularly “tragic” nature of the fatal incident and avoid rushing to judgment.

“As you see and hear the evidence in this case, keep an open mind,” Seiden said.