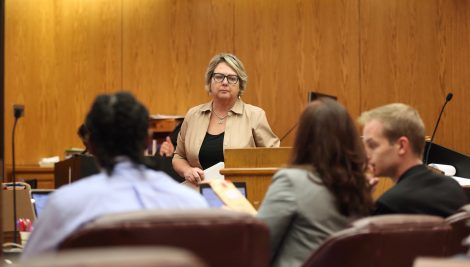 A few months before she was murdered, 19-year-old Justina Altamirano Mosso came to work with a black eye, her best friend testified Thursday morning in Douglas County District Court.

Blanca Estela Galeana Aviles testified through an interpreter that she had worked with Mosso at both her jobs, at Comfort Inn and McDonald’s, for just less than a year. The two were best friends who would go shopping, go out to eat and go dancing.

She described Mosso as very calm, but said she sometimes worried about her daughter and her parents back in Mexico. She said Mosso was “a 19-year-old girl that liked to dance and, once in a while, drink.”

Rontarus Washington Jr., 23, is charged with first-degree murder and aggravated burglary in connection with Mosso’s death. He lived in apartment No. 10 on the same floor at Cedarwood. He has been in custody for about four years and eight months awaiting a trial that has been delayed numerous times but finally began Sept. 9.

Washington’s defense attorneys, Angela Keck and Adam Hall, have largely focused on Mosso’s husband, Felipe Cantu Ruiz, as a possible alternative perpetrator. Cantu Ruiz has testified that he decided to move to Manhattan the morning of the day his wife was believed to have been killed. He has said their relationship was unhappy, and he alleged that she had cheated on him multiple times. 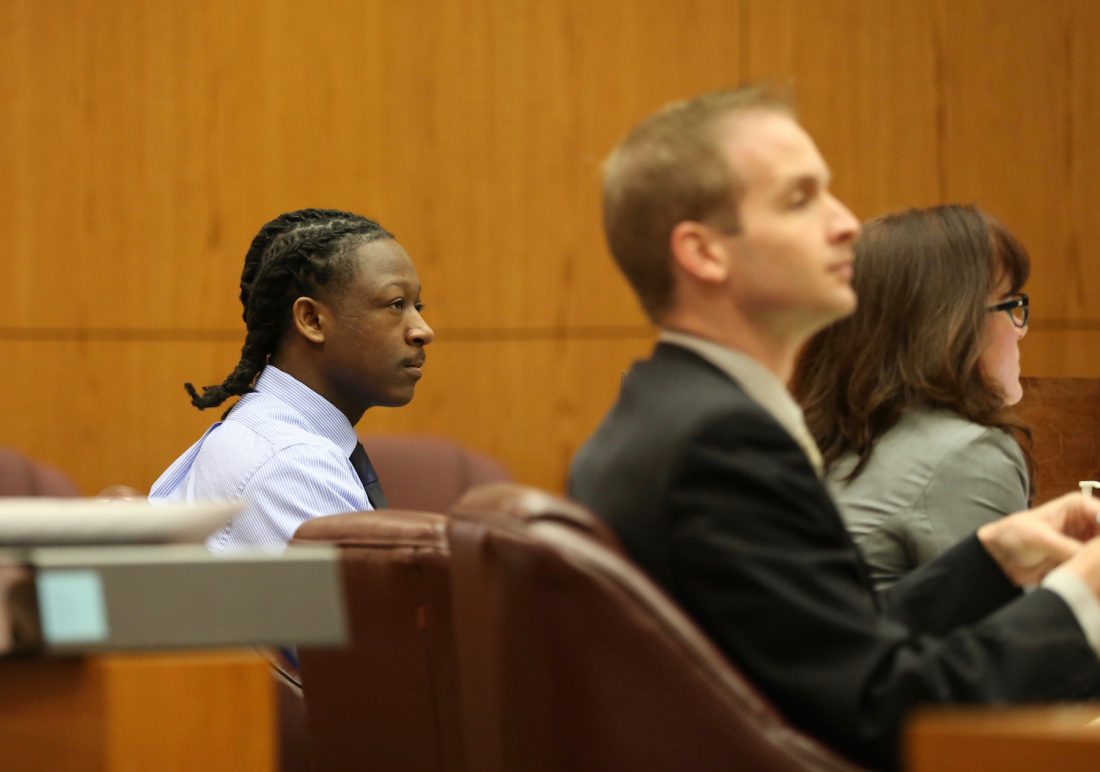 Aviles testified that about four months before Mosso’s death, she had seen Mosso with a black eye when she came to work. Mosso had told her Cantu Ruiz had injured her during a fight, Aviles said. She said she had told Mosso that wasn’t fair, and she should never let him hit her — she should always call police.

Cantu Ruiz was arrested once in connection with an altercation with Mosso, but he was not charged. Aviles testified that one or more other times, police had come when the couple had a fight, but Cantu Ruiz was not arrested because Mosso “didn’t permit it.”

Aviles reached out to Cantu Ruiz the morning of Sunday, Nov. 9, 2014, because she was worried. She hadn’t heard from Mosso, whom she saw every day, since around 4 p.m. two days before when they spoke on the phone.

At that time, Aviles testified, Mosso told her that she was scared because there was a black man in the parking lot, yelling and saying many things. Mosso didn’t speak English, and all she understood was a foul name the man had called her, Aviles said.

On the witness stand, Aviles said she didn’t remember the messages, but she had told Cantu Ruiz on Nov. 9 that his car, a black Ford Focus, was not in the parking lot where he told her he’d left it — the spot where he always parked. 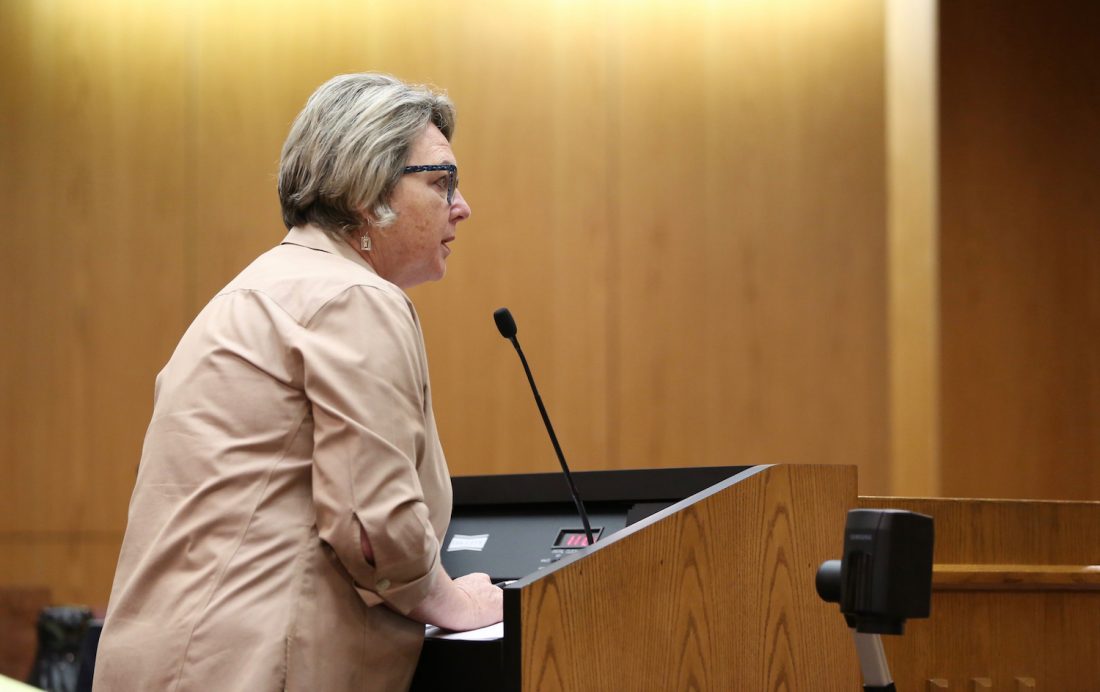 Cantu Ruiz previously testified that he had left Mosso with the car keys even though she couldn’t drive a stick. They had both paid for the car, and when he left for Manhattan, she wanted him to pay her back, he said.

Aviles said she went to Mosso’s funeral, as did most of her other close friends and family members. Cantu Ruiz was not there.

An FBI expert in DNA analysis testified in the afternoon that tests could not rule out Cantu Ruiz as the source of two hairs found in Mosso’s hand that did not belong to her.

Unless there are still skin cells attached to hair, hairs are not typically usable sources of nuclear DNA. Christian did say the tests could rule out Mosso and Washington as the source of those hairs, though. 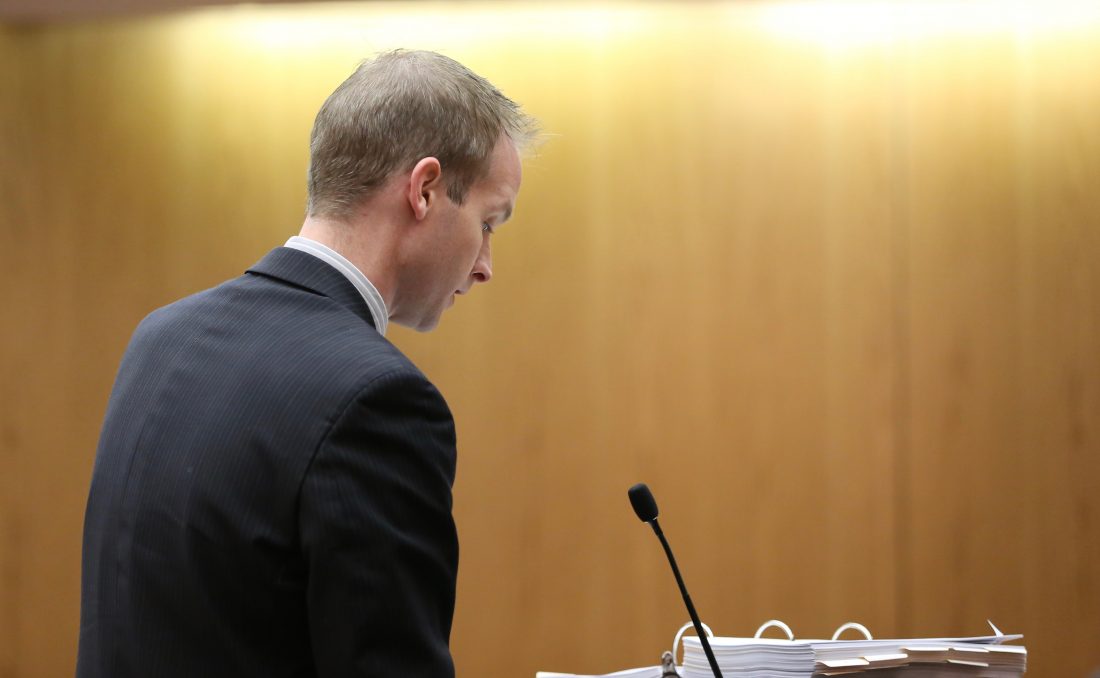 In cross-examination, Hall asked Christian when the tests were performed; she said they were done in 2016. Asked if she knew whether that was before or after Washington’s arrest, she said she did not know.

Washington was arrested in January 2015, the Journal-World reported.

On Nov. 7, 2014, Dallas and Washington communicated by phone a few times between 3:44 p.m. and 4:08 p.m. because Washington wanted to sell Dallas or his friend a Playstation. Around 7 that evening, Dallas saw Washington briefly. Dallas said Washington wasn’t nervous, he didn’t have any visible injuries and he didn’t have blood on his clothing — he would have noticed.

At the time, Dallas told police Washington had said she got “stabbed up.” He said Thursday that he didn’t recall the exact words, but the statement he gave was probably accurate.

Closing out Thursday afternoon, then-Detective David Axman of the Lawrence Police Department returned to continue testimony about the crime scene. He discussed fingerprinting various surfaces once he and the rest of the crime scene team had collected and bagged the evidence they thought was important.

He found some “ridge detail” on the refrigerator, the edge of the bathtub, the bathtub faucet and a couple of walls in the studio apartment’s bathroom and living/bedroom area. He clarified that ridge detail can come from any part of the side or palm of a hand or finger, or the sole of a foot — not just the top digit of a finger.

In her cross-examination, Keck asked Axman about why some items were not collected from the scene or sent to the lab for further testing. As an example, officers have testified that they picked up a red comforter from the bedroom and opened it up to visually examine it for blood, but they did not collect it for testing.

Keck asked about several other items, including a piece of chewed gum stuck on top of the microwave, some bandage wrappers scattered on the bedroom floor, some cigarette butts and a pair of scissors that lay on the bathroom vanity near a few blood stains.

Trial will continue Friday morning. It is expected to last through at least Sept. 27.