Requiring police interrogations to be recorded may have prevented wrongful conviction 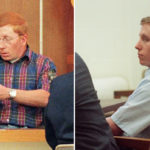 If detectives had recorded their interrogations of brothers Floyd and Tom Bledsoe, it’s unlikely a jury would have wrongfully convicted Floyd of the 1999 murder of a 14-year-old girl, Floyd’s attorneys believe.

The homicide case is convoluted: First Tom confessed to the murder to Jefferson County sheriff’s detectives, to his parents and to his minister, then recanted his story, saying instead that his brother Floyd did it.

A jury convicted Floyd of the murder in 2000. He was sent to prison and was released 15 years later — on Dec. 8, 2015 — when a judge determined he had been wrongfully convicted.

Because detectives didn’t record the interrogations, the jury was forced to rely on the testimony of the detectives describing what each of the brothers said, according to court records and Tricia Bushnell, legal director for the Midwest Innocence Project. Attorneys with the innocence project and Project for Innocence and Post-Conviction Remedies at Kansas University represented Floyd in his long bid to prove his innocence.

The detectives at Floyd’s trial in 2000 helped boost Tom’s credibility, testifying that “the only time Tom was ever telling the truth was when he recanted,” Bushnell said.

On appeal, judges were critical of the detectives’ testimony.

“They should not have been able to bolster Tom’s credibility through law enforcement testimony,” Bushnell said. “Wouldn’t you have wanted the jury to see Tom’s recantation to make that credibility determination? I think juries expect to see video.”

In Kansas, law enforcement officers aren’t required to record interrogations, but Floyd and his attorneys are hoping that law and possibly others will be changed.

“That is one thing I would definitely love to see happen,” Floyd told the Journal-World in a recent interview. “There needs to be safeguards that ensure (wrongful convictions) don’t happen or minimize the times it does happen.”

• Who are you going to tell?’ — Floyd Bledsoe, wrongfully convicted of murder, discusses pain of prison, journey to forgiveness

A Jefferson County District Court judge ordered Floyd released from prison in December after new DNA tests showed that he wasn’t the killer.

Those test results were first made public in late October. Just days later Floyd’s brother Tom died by suicide. He left behind three letters confessing once again to the murder of Zetta “Camille” Arfmann, Floyd’s sister-in-law, 16 years ago.

Since Floyd’s release, Floyd’s attorneys have reached out to legislators and law enforcement associations to push for a change in the law.

Sandy Horton, executive director of the Kansas Sheriffs’ Association, said law enforcement has been aware for several years that some legislators want a law that requires the recording of police interrogations.

But Horton told the Journal-World that his agency and the Kansas County and District Attorneys Association are working on a model policy. A policy, he said, was more practical because it’s not always possible to record confessions.

“Sometimes people just start talking,” he said. “Are we supposed to wait until they are in front of a microphone?”

Steve Kearney, executive director of the KCDAA, did not return calls over several weeks requesting an interview.

But now with the Bledsoe case, there is a renewed push, and Haley said he plans to refile the bill and also is considering filing a bill for compensation for people who are wrongfully convicted.

“I just think of the horror of being in prison and not having committed a crime,” Haley said. “I think of how many people spent the rest of their lives in prison and didn’t commit the crime.

“That keeps me awake at night,” Haley said.

Five years ago, Riley County paid Eddie Lowery $7.5 million after he spent 10 years in prison for a rape he did not commit.

According to a Journal-World story, in 1981, Lowery was an Army soldier stationed at Fort Riley, married with a 3-year-old child.

He was on his way to the store when he hit a parked car, reported it to police and thought that was the end of it.

But the next day when he went to the station to fill out the accident report, police began questioning him about an elderly woman who lived near where the accident occurred. She had been raped.

Police grilled him for hours.

At one point, he took a lie detector test because he said he thought that would clear his name, but police told him he had failed it.

Finally Lowery broke down and confessed, he told the Journal-World.

“They just continued to hammer me and threaten me,” he said. “I was totally mentally exhausted. I didn’t know how to get out of the situation.”

Lowery, who was 22 at the time, was tried based solely on his confession, which he had recanted. In the first trial, the jury was hung; in the second, the jury found him guilty of rape, aggravated battery and aggravated assault, and he was sentenced to 11 years in prison.

Three times, Lowery went before the parole board and said he was not guilty.

After 10 years he finally told the parole board he was guilty, completed a required sex offender course and was released from prison.

Lowery got a job at the Ford plant, remarried and had two children.

But then in 1994, he received a letter telling him a new law required him to register as a sex offender, which he said was “a humiliating time in my life,” Lowery told the newspaper.

Years passed, but he found a lawyer, Barry Clark, who located the original rape kit and had it tested.

The results finally exonerated Lowery after 30 years and led to the real rapist, who was living in New York.

A recording of Lowery’s interrogation certainly could have helped him in front of a jury, said Bushnell with the innocence project.

And the technology — cameras, recorders and such — is much cheaper than it used to be.

“Now that we are looking at cases like Floyd’s, and we can look at cases like Eddie Lowery’s, we think it is time to revisit that,” Bushnell said.

It’s impossible to know for sure, but studies have shown that about 2 percent to 5 percent of all inmates in the U.S. are innocent, the Innocence Project says.

If that number were only 1 percent, that would be about 20,000 wrongfully convicted people, the Innocence Project notes on its website.

Already Floyd has said that he is considering a lawsuit against the state and Jefferson County.

That’s his only option because Kansas does not offer compensation for the wrongfully convicted.

Many states offer compensation, but about 20 states do not.

Sen. Haley said he offered an amendment to a death penalty bill one time, but it did not pass. The amendment would have required paying $1 million for each year for someone wrongfully sentenced to death and would also have paid compensation to the person’s family if it was found the person was innocent posthumously. But even this bill, if it had passed, would not have helped Floyd because he was not sentenced to death.

The investigation into Zetta “Camille” Arfmann’s death is not over, Jefferson County authorities have said.

Because of the new DNA testing results, detectives are once again sifting through the evidence.

Jefferson County authorities have said they are looking hard at new DNA evidence that includes finding DNA of Floyd’s father on the socks of the victim. Floyd Bledsoe Sr. now lives in Texas and could not be reached.