To avoid sanctions, KU basketball may need to convince NCAA Gassnola is not a booster 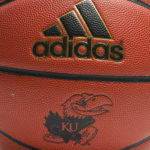 The biggest win or loss for the University of Kansas basketball program may not come on the court this year. It may come down to whether KU leaders can convince NCAA officials that a man at the center of a pay-for-play college basketball recruiting scandal isn’t a booster of KU.

A pair of NCAA rules experts both agreed this week that if T.J. Gassnola, who has already pleaded guilty to federal fraud charges, is found to be a booster of the university, the entire KU men’s basketball program may well be hit with penalties from the NCAA.

William H. Brooks, an Alabama lawyer who has represented universities facing NCAA infractions, and Josephine Potuto, a University of Nebraska College of Law professor and former chair of the NCAA committee on infractions, both recently told the Journal-World that an individual — even one like Gassnola who was employed by KU’s apparel partner Adidas — can be declared a booster.

But both experts agree that if an individual designated as a KU booster recruits an athlete, it significantly increases the stakes for KU as it relates to future penalties from the NCAA.

Potuto pointed to the NCAA handbook, which shows under its guidelines for “Institutional Control” that universities can be held responsible for the actions of corporate entities and their employees that are working on their behalf, whether the universities are aware of their actions or not.

“If (a university) asks for help from someone outside that clearly triggers booster status,” Potuto said via email. “But someone who is ‘assisting,’ even if the (university) says it did not know, also could trigger booster status.”

In an October trial, Gassnola, who is a former Adidas consultant, revealed he paid the guardian of KU basketball player Silvio De Sousa $2,500 to steer De Sousa toward KU, which is sponsored by Adidas. KU chose to have De Sousa sit out from official games this season while awaiting word from the NCAA on his eligibility. That ruling came on Feb. 1, when the NCAA found De Sousa ineligible until the 2020-21 season.

When KU asked the NCAA to rule on De Sousa, the NCAA required KU to consider Gassnola a “booster,” KU athletic director Jeff Long said in a Feb. 2 press conference.

But Long said that KU was considering Gassnola a booster “only as a hypothetical for the purposes of reinstatement.” He said KU disagrees with NCAA staff on how to “define Gassnola’s role in all of this.” The Journal-World has requested for Long to clarify what he meant by “only as a hypothetical,” but he has not been available for an interview.

Brooks said, in an institutional violation case, the NCAA would need to make specific allegations of misconduct before the university could take an official position on whether an individual is a booster.

But whether the NCAA will consider Gassnola a KU booster when considering institutional violations may come down to whether the university knew or should have known what he and Adidas were up to, Potuto said.

“The question would be if the school had systems in place to detect such booster activity,” she said.

Brooks agreed that if a university claimed it did not know an individual was recruiting on its behalf, the NCAA would need to determine if the university should have noticed indicators of what that individual was up to and whether that makes them a booster.

“The significance of that designation is that an institution is responsible for the conduct of its boosters,” he said. “But the definition of a booster is very, very broad and could reach any individual or entity. The actual definition encompasses not only individuals but corporate entities or any other organization.”

Brooks said there could be a gray area when it comes to a company’s involvement. He noted that companies and their employees are not the “traditional booster” — such as an overeager fan or an alumnus who donates money to a university — which could complicate the matter.

“It definitely has the potential (to add a gray area),” he said of company involvement. “Obviously with an organization, it’s much larger and it’s harder to control, as opposed to a subset of fans.”

In KU’s case, Gassnola testified that he was in close contact with KU basketball coach Bill Self and assisted in recruiting players to KU. But Gassnola also testified he never informed Self or assistant coach Kurtis Townsend of any payments to players or their guardians.

But both NCAA experts said the issue may not be whether KU coaches knew of the payment, but whether they knew that Gassnola was involved in any recruiting activity on behalf of KU.

Self responded, asking, “We good?”

In another text message shown in court, on Aug. 19, 2017, just days before KU announced a 12-year agreement with Adidas, Gassnola sent a text message to Self thanking him for helping to finish the deal.

“That’s how ur works. At UNC and Duke,” Self responded.

“I promise you I got this,” Gassnola wrote. “I have never let you down. Except Dyondre lol. We will get it right.”

Gassnola said in court the name “Dyondre” was in reference to Deandre Ayton. He previously testified in court that he tried to recruit Ayton to attend KU and he felt he let Self down when he failed and Ayton attended the University of Arizona, a Nike-sponsored school.

After the trial, Self said in a press conference that shoe companies have an influence at all levels of basketball, including the high school level.

“They work hard to develop brand loyalty with top high school prospects and they have some influence with them, which is totally permissible under NCAA guidelines, just like (a) high school coach could, an AAU coach, a trusted adviser and especially a parent,” he said.

Self said there are more third-party groups influencing players than just shoe companies, and that it would be impossible to track all of them.

“To say everyone should know everything that’s going on, I think that would be difficult to do,” he said at the time. “I’m not shucking responsibility at all. I won’t run from this.”