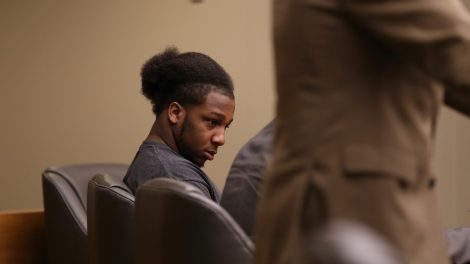 A judge on Wednesday sentenced Shawn K. Smith, 20, of Kansas City, Mo., to 32 months in prison in connection with a 2017 hotel room shootout that left one man dead and two others injured.

Smith has already served 698 days of that, or nearly two years, as he awaited trial.

Smith was charged with first-degree felony murder and was set to go to a second trial, after a mistrial was declared in his first. However, on July 11, he pleaded no contest to robbery and was convicted, with the judge finding the crime was committed with a deadly weapon, Cheryl Wright Kunard, assistant to the district attorney, previously told the Journal-World.

During his brief sentencing Wednesday afternoon, Judge Sally Pokorny said she had reviewed a presentence investigation for Smith. He has no criminal history that would have elongated his sentence, and he is eligible for a 15% good time credit.

Smith will have 24 months of supervision once he is released from prison, and he must register for 15 years as a violent offender.

Also in his plea deal, Smith had agreed to testify at any future court hearings or trials involving the Motel 6 case, Wright Kunard previously told the Journal-World, though she did not elaborate on what those could be. 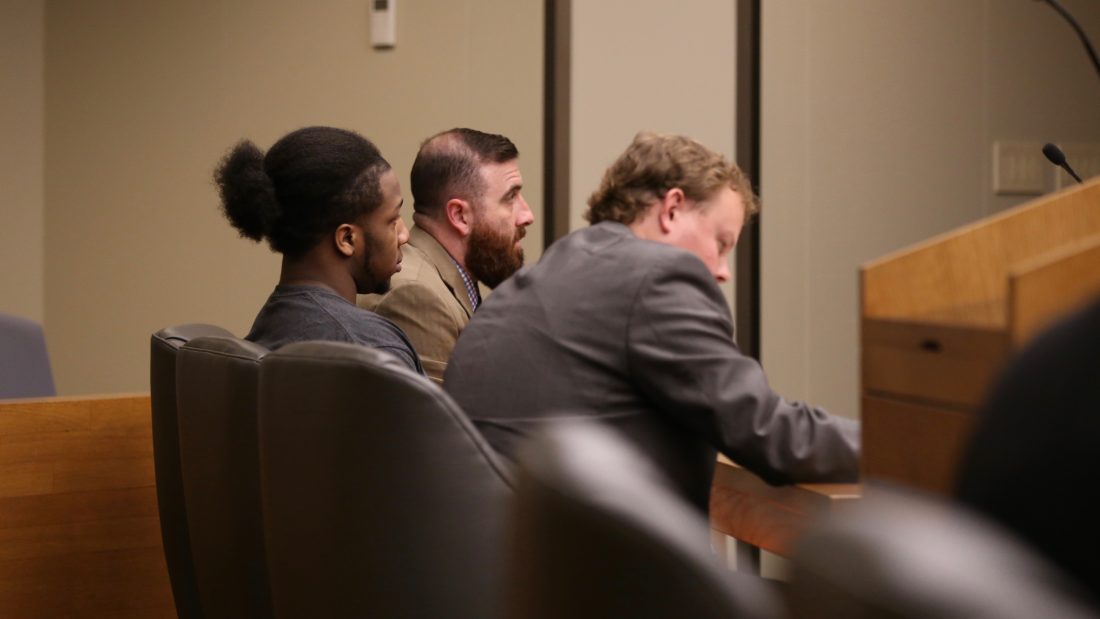 The sentence came exactly a year after Smith went on trial with two co-defendants.

The homicide happened Sept. 2, 2017, inside a third-floor room at the North Lawrence Motel 6, 1130 N. Third St., the Journal-World has reported.

Smith and three other men from the Kansas City area — one of whom was not charged with the others but was named by witnesses at trial — had met up with five other men to party in the room, with plans to go out later to a strip club and Massachusetts Street.

They were drinking, smoking marijuana, eating pizza and watching football when a barrage of more than two dozen bullets suddenly broke out, victims and defendants previously testified. Each friend group accused the other of trying to rob them first, sparking the shooting.

Cameron Hooks, 23, of Lenexa, was shot five times and died from his injuries. Two other men also were shot — one eight times and one four times — but survived.

The jury convicted Carvin and Singleton of voluntary manslaughter, aggravated battery and aggravated assault. Jurors acquitted Smith on his robbery charge but could not agree on his other charges.

Carvin, who had multiple previous felony convictions, was later sentenced to more than 23 years in prison; Singleton, whose record was clean, was sentenced to just under 10 years.

Smith took the stand at the first trial, saying that he came to Lawrence with his friends that night but that he didn’t have or fire a gun. He was wearing “house shoes,” or slide-style sandals, that fell off as he ran from the room in fear, he said.

His trial attorney told jurors Smith was “just a guy in the back seat,” “a kid looking to meet girls on a Saturday night” and “in the wrong place at the wrong time.”

At the sentencing, defense attorney Joshua Seiden said that Smith accepts responsibility for his actions and knows that those who survived that evening will carry it with them for the rest of their lives. Smith recognizes that the Lawrence community will be fearful of incidents like this one, and he regrets that, Seiden said.

Asked if he would like to say anything on his own behalf, Smith said “No, your honor.”