Other criminal activity by defendants, victims has been subject of debate by attorneys 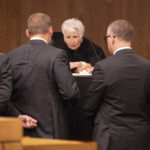 District judge Sally Pokorny listens to members of the defense and prosecution during a meeting at the bench on Monday, Aug. 20, 2018, in Douglas County District Court. On Monday, witnesses provided testimony in the case of three men, who are charged with the murder of Cameron Hooks and other crimes in connection with a Sept. 2, 2017, shooting at the North Lawrence Motel 6.

The Motel 6 murder trial had tentatively been on pace to be turned over to the jury Wednesday afternoon.

However, yet another behind-the-scenes legal issue arose Wednesday morning, one that would take longer to resolve than a brief meeting with attorneys in the judge’s office. About 11:45 a.m. Judge Sally Pokorny told jurors to go home and come back Thursday morning.

“We have run across another legal issue that we need to deal with, and at a minimum it will take the rest of the day,” Pokorny said.

Attorneys had already been conferring for nearly an hour in Pokorny’s office, and none of them explained in open court what the issue was about, though prosecutors mentioned needing to obtain a recording.

The three defendants were being transported back to the jail and lawyers were heading back to their respective offices for the afternoon, or until whatever they needed to review and discuss became available.

The trial began Aug. 13, with two days of jury selection, and was scheduled to run through the end of this week in Douglas County District Court.

It’s already featured frequent behind-the-scenes legal discussions that the jury won’t be privy to, because the judge ruled certain details could cause unfair prejudice against one side or the other.

Defense attorneys opened their case Tuesday afternoon and have been quizzing law enforcement to reinforce points the victims initially lied about in police interviews, plus other inconsistencies in statements from those interviews versus the witness stand.

None of the four surviving victims gave straight stories to police right off the bat, according to trial testimony so far. Some said they were scared to identify the shooters or didn’t want to get in trouble themselves.

Those left alive at the scene included people who’d been smoking marijuana, drinking underage or had guns they may not have been legally allowed to possess, testimony has indicated. At least one, alleged attempted robbery victim Mathdaniel Squirrel, had unrelated warrants from another county and was arrested on those after being interviewed by Lawrence police, according to jail records from the time.

A group of nine men from Topeka and the Kansas City area had been partying in room 308 — with plans to go to a strip club and then Massachusetts Street — when at least two dozen shots erupted in the small room.

Cameron Hooks, 23, of Lenexa, was shot five times and died in an ambulance shortly after the incident.

Frye’s other Topeka friends, Squirrel and Tanner Marlow, were not hit.

Surviving victims have testified that four other men who came together from Kansas City were the shooters.

Despite testimony about the fourth man, no other suspect has been publicly named or charged. 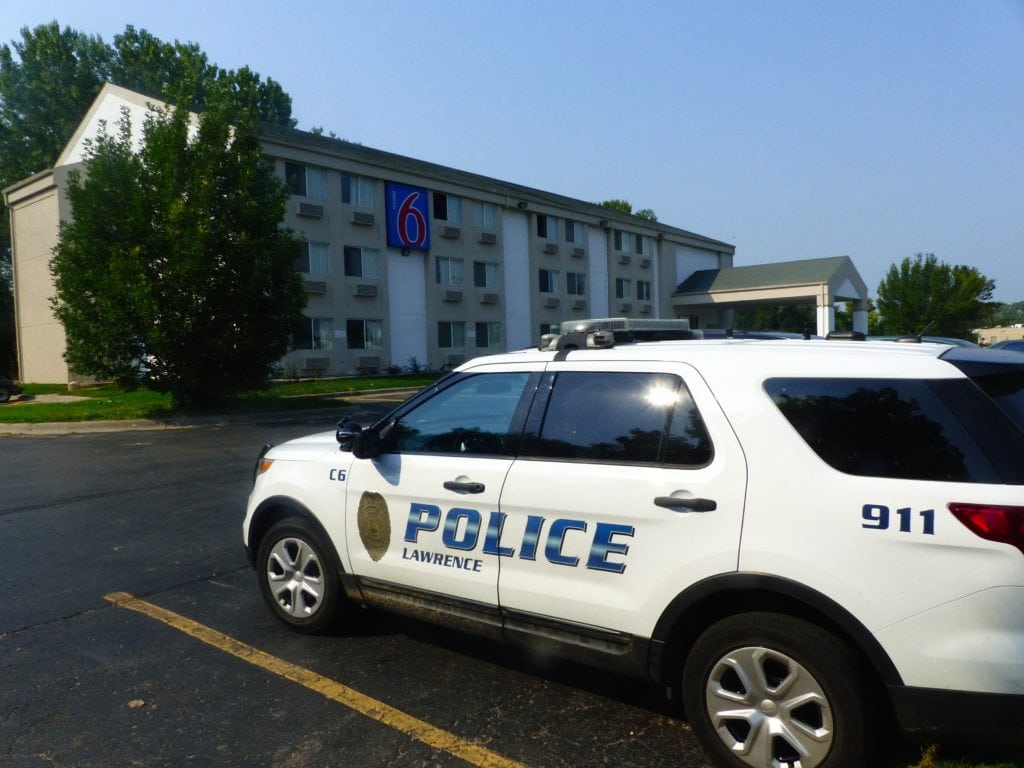 Most of the Motel 6 trial’s behind-the-scenes legal issues have revolved around other criminal activity of nearly everyone involved — defendants and victims alike.

The judge ruled in one pretrial hearing that attorneys were not to bring up gangs, which the defense wanted permission to question witnesses about. Prosecutors said there was evidence that a number of people involved were affiliated with gangs but that there was not evidence that the Motel 6 incident was gang-motivated.

The judge also ruled that attorneys couldn’t bring up other pending criminal charges against witnesses in front of the jury. Shooting victim Thomas — who ultimately refused to testify so as not to incriminate himself in a different pending case — is currently charged in Johnson County with attempted murder, robbery and being a felon in possession of a firearm.

Also, the jury did not get an explanation of why alleged attempted robbery victim Squirrel wasn’t testifying in person at the trial. A DA’s office investigator and Lawrence police detective told the judge earlier this month that they couldn’t find Squirrel to give him his subpoena, and that he’d even skipped out on his bondsman in another county where he’s facing charges. 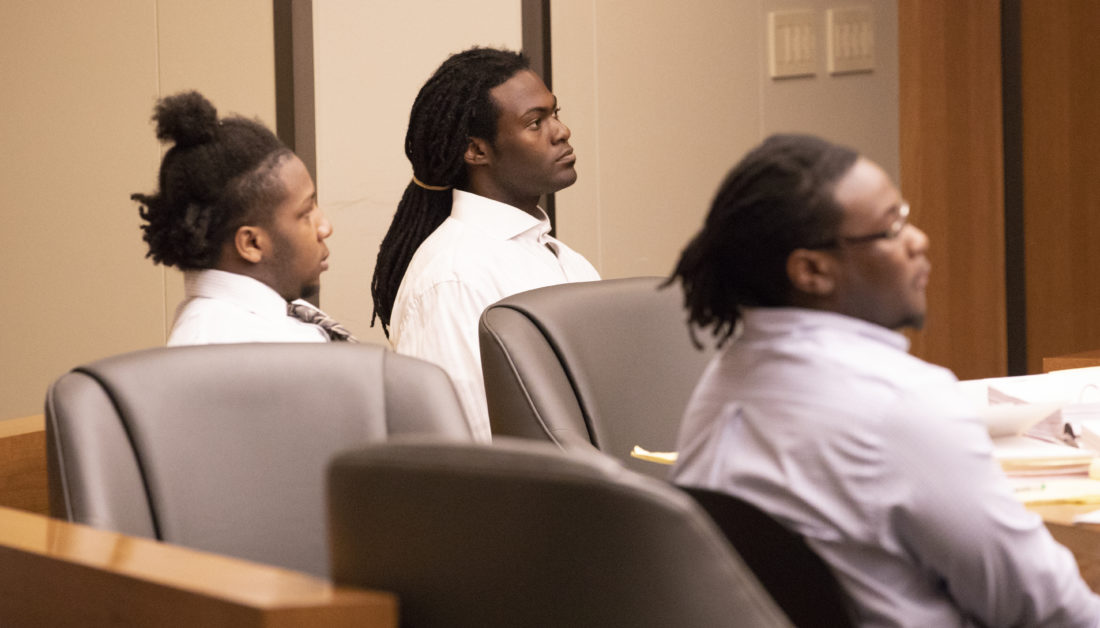