2nd woman gets life in prison for murder, setting body on fire, but with chance at parole after 25 years 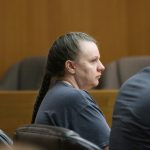 Christina L. Towell appears in Douglas County District Court on Thursday, April 18, 2019, as a judge pronounces a life sentence with no possibility of parole for 25 years for murdering Eudora resident Joel Wales in 2017.

As soon as she heard her son had been murdered, Debbie Wales has said she knew his ex-girlfriend did it.

As for the other woman who helped, Wales said she’s still baffled.

The second woman, Christina L. Towell, 38, of Leavenworth, was sentenced to life in prison with no possibility of parole for 25 years on Thursday in Douglas County District Court. Judge Kay Huff said that if Towell gets out of prison she’ll have lifetime post-release supervision and be required to register as a violent offender for 15 years.

Towell stands convicted along with her cousin, Tria L. Evans, 39, of Lawrence, in the 2017 slaying of 34-year-old Joel Wales of Eudora, whose body was found shot six times and set on fire at his mother’s home in rural Lawrence.

Towell entered a plea of no-contest last month and was convicted of first-degree felony murder, or killing someone during the commission of a dangerous felony — in this case aggravated burglary. Her appointed defense attorney, Michael Clarke, and prosecutor Amy McGowan agreed to recommend the “Hard 25” sentence, per state sentencing guidelines for the conviction.

Towell and her attorney did not make statements at the sentencing hearing. Debbie Wales was the only person who addressed the court.

Before ordering Towell’s life sentence, the judge addressed Wales, who testified at the defendants’ preliminary hearing, testified at Evans’ trial and attended numerous court hearings for both women since their arrests more than a year ago.

“I have seen you here for all the proceedings, and I know it’s been very painful for you and all of your relatives,” Huff said.

Towell’s plea came after Evans went to trial, was convicted on all counts and sentenced to a “Hard 50,” or life in prison with no chance at parole for 50 years. Evans was found guilty of first-degree premeditated murder, conspiracy to commit first-degree murder, aggravated burglary and arson.

Prior to her plea deal, Towell had been charged with those same crimes.

Evans and Wales, who had a daughter together, had a turbulent relationship. Witnesses at Evans’ trial said she stalked and threatened Wales to the point that he was fearful for his life.

Trial evidence revealed that Evans asked multiple other people to kill Wales for her before roping in Towell — claiming that Wales was abusing her and her daughter to elicit sympathy and get Towell to buy into the plan.

Wales was alone when one or both of the women broke through a door, shot him six times, poured gasoline on his body and lit it on fire along with the house. Neighbors called 911 when they heard a spurt of gunshots and saw a female figure run to a car in the driveway as flames erupted on the front porch.

The device — corroborated by public street cameras — showed that on the night of the murder the car drove from Towell’s house in Leavenworth to Evans’ house in Lawrence, then to the scene of the crime at the precise time of the crime, and back again.

That wasn’t the only evidence against Towell that came out at Evans’ trial.

Text messages between the two women showed them apparently plotting something and communicating in the hours right before and right after the murder.

In one exchange two days before the murder, Evans texted Towell, “When we taking care of this?”

On the night of the murder Evans texted Towell, “When you coming?” Towell replied, “Now.”

At Towell’s home, investigators testified that they found a gasoline can in the trunk of her Mustang and two pairs of tennis shoes stuffed into shopping bags in a chiminea on the back patio. They also found an envelope with no return address containing a photo of Wales and an anonymous, handwritten note listing Wales’ name, address, physical description, car and a few friends and relatives.

Experts testified that the handwriting was that of Evans and that DNA where the envelope was licked matched Evans’ as well. 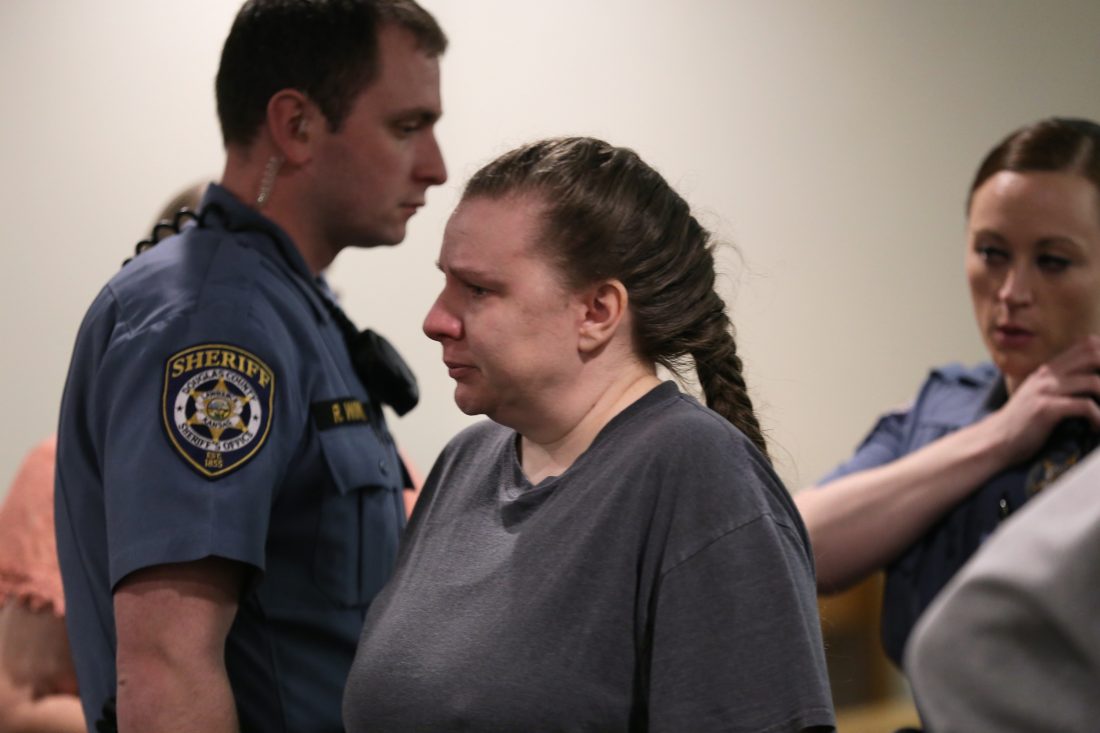 Christina L. Towell leaves Douglas County District Court on Thursday, April 18, 2019, after being sentenced to life in prison with no possibility of parole for 25 years. Along with her cousin Tria L. Evans, Towell was convicted of murdering Eudora resident Joel Wales in 2017. 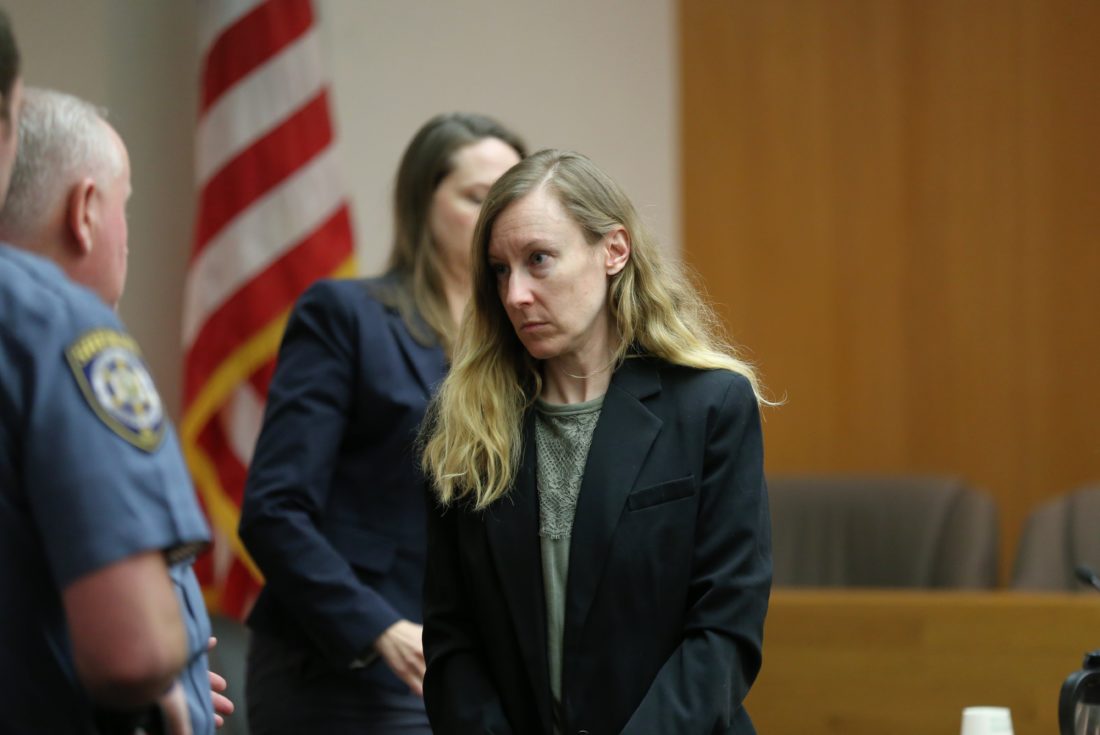 Tria L. Evans stands to be returned to the jail after a jury found her guilty of premeditated first-degree murder and other crimes on Monday, Feb. 4, 2019, in Douglas County District Court. After a week-long trial, jurors convicted Evans of conspiring with another woman to kill her ex Joel Wales and burn his body in November 2017 just outside Lawrence.