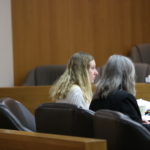 The women accused of driving to a house south of Lawrence the night of Nov. 3, 2017, to murder Joel Wales had a GPS device in their car — and it was turned on the whole time.

Though both women are charged, “there was one person and only one person” who wanted Wales dead, and that was Evans, McGowan said.

Jurors on the case began deliberating at 3:45 p.m. Friday, after hearing closing arguments from McGowan and Evans’ defense team in Douglas County District Court. The jury broke at the end of the day, with plans to return Monday morning.

Evans, 39, of Lawrence, was arrested Feb. 1, 2018, and charged with first-degree premeditated murder, conspiracy to commit murder, arson and aggravated burglary.

Her cousin Christina L. Towell, 38, of Leavenworth, is charged with the same crimes. She is scheduled to go on trial in March.

Judge Kay Huff told jurors that under the law a person is responsible for a crime if — before or during the crime — they intentionally aid another person in committing it. Huff added that all participants are considered equally responsible.

About 9:30 p.m. on Nov. 3, 2017, neighbors reported a spurt of gunshots and a fire erupting at Wales’ mother’s house at 1104 East 1200 Road, south of Lawrence. They said they saw a female figure moving around inside the house before running to a car in the driveway, which then pulled away.

First responders doused the flames and found Wales, 34, of Eudora, dead on the living room floor.

He’d been shot six times with the same gun, dying before gasoline was poured on his body and lit on fire, according to previous testimony from the coroner and investigators.

In her closing arguments, McGowan said evidence showed a jealous, jilted and obsessed Evans began planning the murder “months and months” before.

After the birth of their daughter, her relationship with Wales began to deteriorate, McGowan said. Wales no longer wanted to be with Evans, which Evans did not accept despite no-contact and no-trespass orders against her.

“That’s when she starts to get revengeful and vindictive and starts talking about killing him,” McGowan said. “A court order didn’t stop her from contacting him, or stalking or following him.” 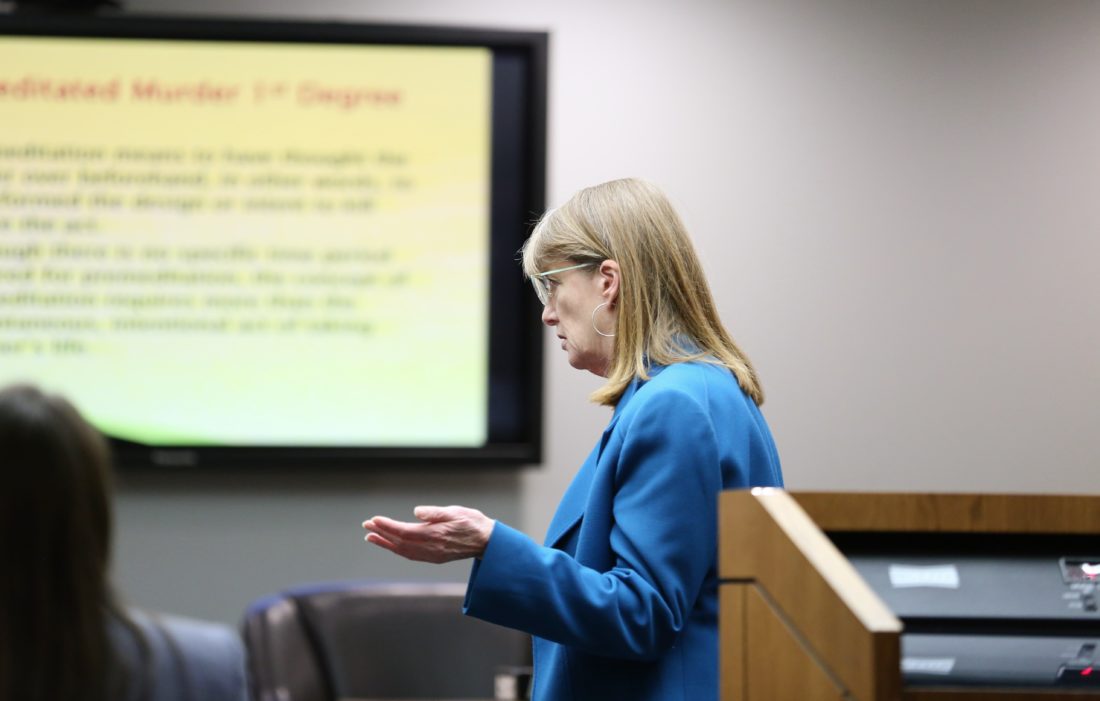 Evans asked multiple people to kill Wales for her, McGowan said. One of those friends testified that Evans laid out a specific plan for what she wanted her to do, which McGowan called a “blueprint” for how the murder eventually played out, albeit with help from a different woman.

Investigators never found the murder weapon, but testimony showed that Evans owned a gun of the same make and model as the one that shot Wales. An anonymous note investigators said they found in Towell’s house — with Wales’ photo and a list of his address, physical description, car and friends — was in Evans’ handwriting with her DNA on the envelope and fingerprints on the paper, forensic scientists testified.

While attempting to recruit an accomplice, Evans tried to elicit sympathy by claiming Wales was abusing her and their daughter, McGowan said.

“This woman was trying to paint herself to everybody that would listen that she was abused, that Joel was threatening her life, that she was in danger, that she was going to die,” McGowan said. “But, of course, the opposite was true.”

Texts between Evans and Towell show Evans doing just that, and with Towell it worked, McGowan said.

However, McGowan said the state believes Evans not only initiated the crime, but actually shot Wales. Evans was the only person who had a motive, McGowan said.

She said Evans didn’t shoot Wales and that there’s no evidence proving she was there when someone else did, either.

“There’s no blood on my client,” Singleton said. 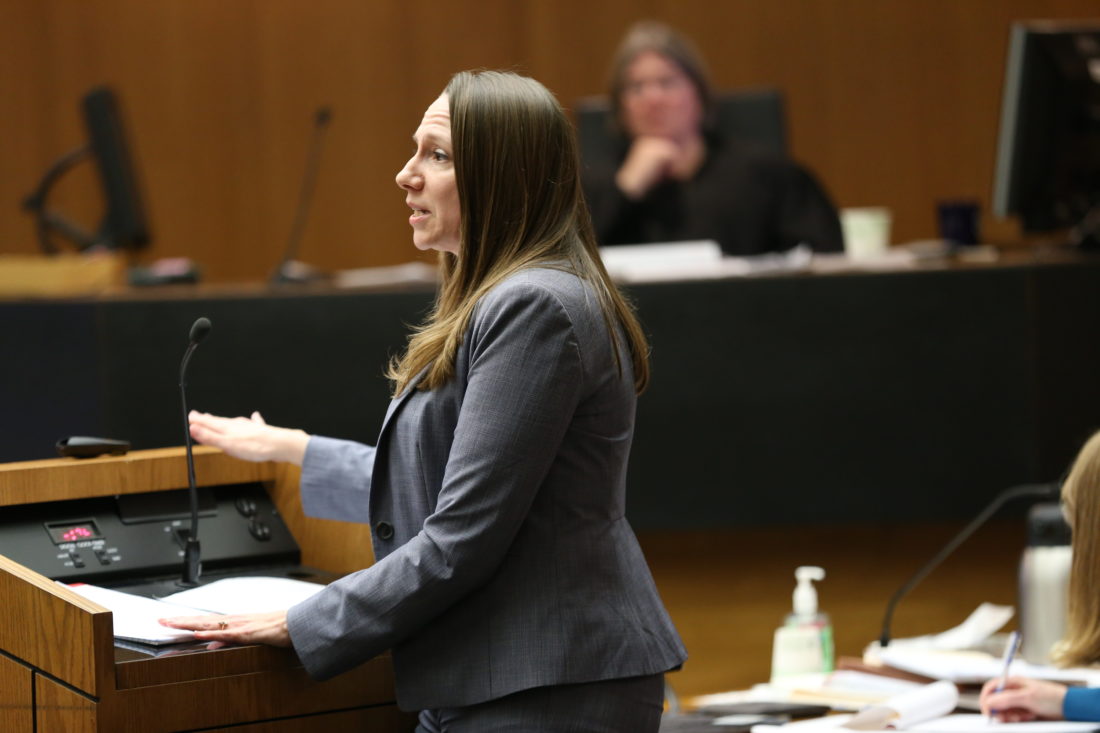 Singleton said the state had painted a “one-sided” picture of Evans, who actually was in an “on again, off again” relationship with Wales and thus had reason to be in contact with him.

She said there was no physical evidence linking Evans to the crime, including blood or fire accelerant on any of her clothing.

She also emphasized that what neighbors reported to police the night of the crime differed from what they said in court this week, particularly their grainy physical description of the female figure they saw in the dark.

Singleton also attacked the credibility of the friend who said Evans had asked her to kill Wales. She pointed out that the woman only told police of those discussions after Wales’ death, and after she and Evans had a falling out over a man they both had dated.

“There’s a lot of evidence in this case,” Singleton said. “The issue here isn’t what you know, it’s what you don’t know.”

Though the defense team said in opening statements earlier this week that Evans would tell her story during the trial, Evans never took the stand.

Appointed attorney Carol Cline said Friday that the defense had decided not to put on any witnesses after the state rested.

“Things have changed over the course of this trial, and at this time we will not be offering any evidence,” Cline said.

The night of the homicide, Towell’s red Ford Mustang left her house in Leavenworth at 8:12 p.m., according to the GPS, Ohman testified. He showed maps created from the data and referred to some Lawrence public camera images that helped corroborate the car’s whereabouts.

The Mustang traveled into Lawrence and to Evans’ address in the 200 block of Alabama Street, Ohman said. It then headed through town to 1104 East 1200 Road, stopping at a gas station on the way.

At 9:30 p.m., the car pulled into the driveway of the homicide scene, he said. Three minutes later — as neighbors were calling 911 about the gunshots and fire — it left.

Ohman said the Mustang drove back to Evans’ house, then back to Towell’s house in Leavenworth. 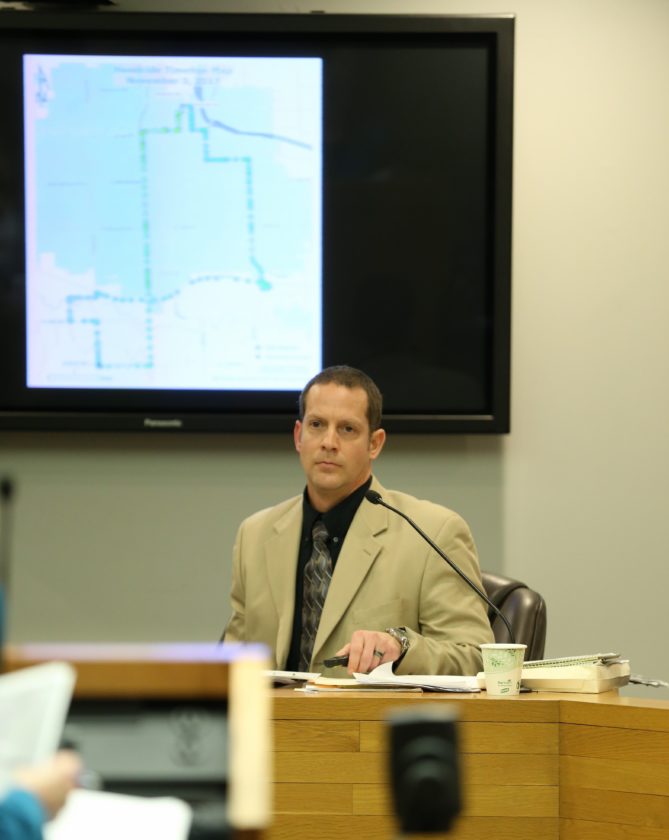 Douglas County Sheriff’s Office Detective Dean Ohman testifies on Friday, Feb. 1, 2019, in Douglas County District Court during the murder trial against Tria L. Evans. Ohman showed jurors a map of the path allegedly taken by Evans and her accomplice to the scene of the crime, according to a GPS device retrieved from the accomplice’s car.

Ohman also testified about Evans’ phone records, which he said showed she called Wales 69 times on the day of the homicide, with the last call to him placed at 8:51 p.m.

The other person Evans called multiple times that day was Towell, Ohman testified. According to phone records, the two women talked for 17 minutes around 5 p.m., for 45 minutes around 10:45 p.m. and for two minutes around 11:30 p.m. — plus more the next day.

At one point during Friday morning’s testimony, Evans was speaking quietly to herself, which McGowan said was audible and appeared to be drawing the attention of the jury.

Cline said her client had been reading handwritten prayers.

The judge admonished Evans not to make any comments out loud.

“You are free to pray silently to yourself,” Huff said. “You do not have to do it out loud.”

Evans and Towell are both in custody on $1 million bond.