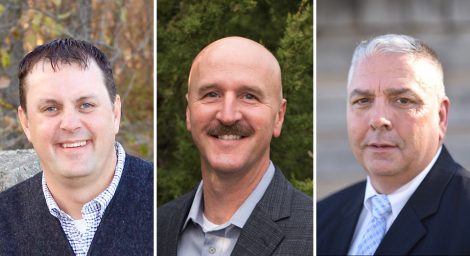 Although it’s unclear what will come next for the Douglas County Jail and local law enforcement, one thing is certain: There will be a new sheriff in town. Also, the next Douglas County sheriff will almost certainly be decided in the Democratic primary election on Aug. 4.

Three candidates, all longtime employees of the sheriff’s office, have filed for the seat; no Republicans have thrown their hats in the ring. Recently retired Sheriff Ken McGovern was first elected as a Republican in 2004, and he never faced an opponent through three subsequent elections. He retired in June, a bit earlier than planned, and county Republican officials nominated longtime law enforcement veteran Randy Roberts to take the helm until the next elected sheriff is sworn in. Roberts will not officially become sheriff until Gov. Laura Kelly has finalized his appointment; Jenn Hethcoat, public information officer for the sheriff’s office, said she anticipated that would happen this week.

A hot-button issue surrounding the sheriff’s office over the past few years has been an expansion of the Douglas County Jail, which county commissioners approved in January. The nearly $30 million plans have lately come back into question, though, as the previously overcrowded jail’s population has diminished during the coronavirus pandemic. Topics of racial bias, law enforcement brutality and officer accountability have also dominated public discourse locally and nationwide in recent months after the death of George Floyd in Minneapolis, Minn., sparked a wave of ongoing protests across the country.

The sheriff oversees a budget of approximately $15.68 million, and over the past few years the agency has employed roughly 200 people on average, according to salary data from the county. The office has two main divisions: operations, which includes patrol, investigations, warrants and so on; and corrections, which is in charge of the jail.

Here’s a look at each of the three candidates in the order in which they filed. 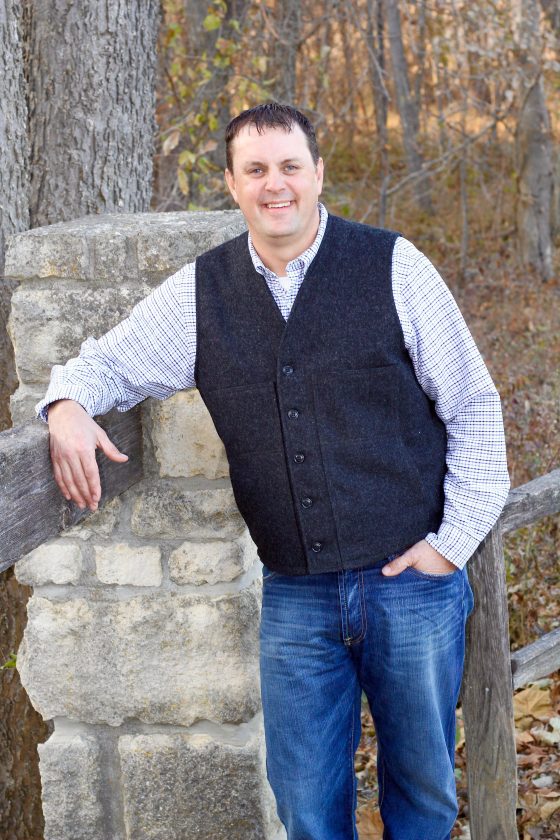 Armbrister, 44, of Baldwin City, has worked for the sheriff’s office for almost 22 years, since August 1998.

Armbrister said he started as a corrections officer in 1998 after earning his associate degree in a Pittsburg State University auto mechanics program. After two years in corrections, he was assigned to the patrol division for 11 years, serving as deputy patrol supervisor the last 2 1/2 years of that span. He then was a detective for more than six years until his promotion to lieutenant in corrections.

One of Armbrister’s top priorities as sheriff would be the mental health of first responders, as well as inmates and “anyone else who finds themselves in crisis.” As he puts it, he’s “walked the path and come back into the light” after a diagnosis of post-traumatic stress injury in 2015, and he wants to help others do the same. He’s currently in charge of peer support for the department.

Armbrister works full-time in the jail, including times in the recent past when the number of inmates exceeded the current capacity of the facility. During the past year, the 186-bed jail’s population has hit 240; recently, that has dropped by about 100.

Armbrister said if the current numbers can be maintained, that’s manageable, but that he’s seen some “unfair situations” arise in more crowded times. He said he thinks the jail should be a peaceful, fair and safe environment for both the staff and the inmates. He said he understands why county commissioners approved the expansion and why it’s now being revisited, and he thinks the situation could be improved by reallocating space within the jail as it currently stands.

Amid recent calls to “defund the police,” Armbrister has said he would rather call it “refunding social programs,” suggesting putting money into housing, mental health, social services and drug programs, and to “kill this failed ‘war against drugs’ stuff, because it has absolutely put us in the predicament we’re in.”

On the issue of officer accountability, Armbrister said law enforcement is not a profession that can have any “bad apples.” Any corruption or accusations of criminal activity must be investigated by an outside agency, he said.

With issues of racial and bias-based policing, and regarding people of color and the Black Lives Matter movement, Armbrister said that “we as law enforcement need to sit down and shut up and listen to what these people have to say.”

He said that creating a citizen review board or advisory board to review complaints against law enforcement is one of his top goals, though he said he would be selective in who was named to the board. He would want members to have completed the sheriff’s office’s citizens academy, for instance, so they understand how to be culturally competent with law enforcement as well.

He also said he supports a database to track officer misconduct. He doesn’t want to “hire someone else’s problem,” and if an officer’s badge is tarnished, that person shouldn’t be able to work in law enforcement anymore, he said. 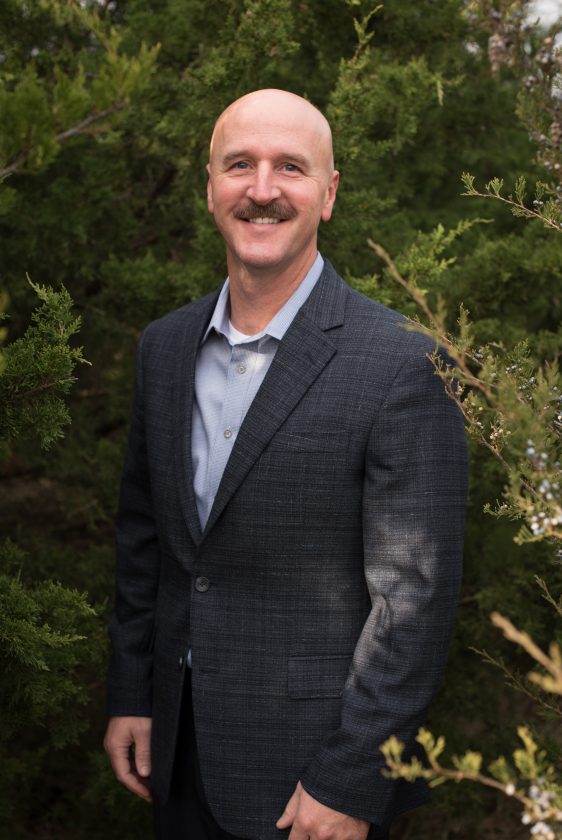 Flory, 45, of Baldwin City, has been with the department for almost 24 years, since September 1996.

Flory became a corrections officer in 1996, then graduated from the KLETC in 1998. He has worked in five major divisions within the department: corrections, transports, court security, warrants and patrol. He is a member of the dive team, and he’s conducted numerous investigations as a background investigator for the department. Flory has said he wanted to serve on the “front line” of law enforcement until he felt the time was right to become the leader of the sheriff’s office.

Flory has said his campaign platform involves four main priorities: social justice, mental health, transparency and the jail expansion, which he strongly opposes. He said he doesn’t believe the jail expansion is necessary.

In addition, Flory said that staffing at the jail as it currently stands has been difficult for the sheriff’s office; if expanded, the jail would likely need to add about 60 additional staff members, he said. Instead, he has said he believes the county ought to spend the $30 million planned for the jail project on things such as education, food subsidies, health care and job training.

Flory has said that if elected, he wants his undersheriff, Lt. Clark Rials, to lead a social justice committee that would get the community involved and “keep us on track.” Rials, who is Black, views things through a different lens and can offer a different perspective and different experiences, Flory has said.

Flory said he also wants to bring Beyond Diversity training to the department. It’s an intensive two-day training program that many leaders in Lawrence Public Schools and Lawrence Memorial Hospital have completed.

“We need to interrupt the implicit bias and racism across the board,” Flory has said, referencing all aspects of the local criminal justice system. In addition to law enforcement, he said that the entities of the courts, the district attorney’s office, probation and parole all need to come together to fix the bias and work toward reform.

Regarding transparency, Flory has said he believes that anything that can be shared with the public should be — “One hundred percent, the public needs to know.” He said law enforcement is entrusted with taking someone’s liberty away from them, and if complaints about officers are substantiated, they should be well known to the public. He would also support a database of officer misconduct.

Flory said he would be in favor of a citizen review board to examine complaints against law enforcement, and that he would want a vetting process to determine which applicants should serve on that board. He would also want the board’s membership to be diverse, he’s said. He said he hopes any member of the public who witnesses legitimate law enforcement misconduct would file a complaint about it.

Flory has said his campaign for sheriff is a team approach, and that the office needs forward-thinking leadership. 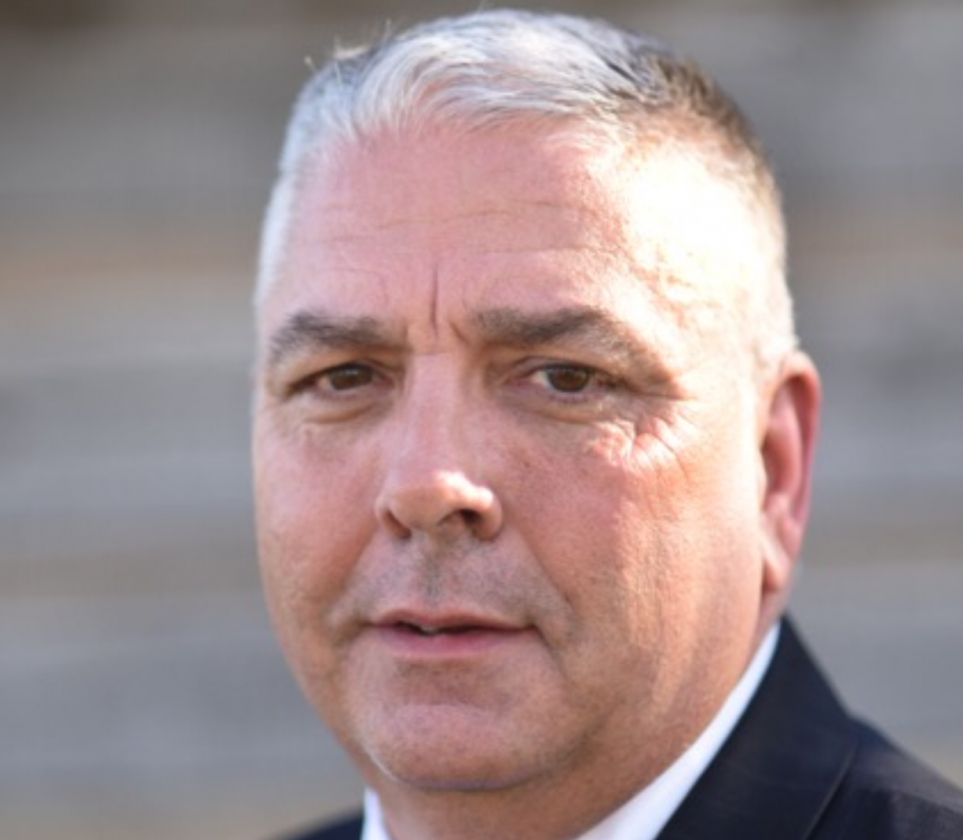 He started as a corrections officer, then became a patrol deputy in 1991. Starting in 1994, he worked as an investigator with the county Drug Enforcement Unit for more than two years and became a patrol supervisor in March 1998 before becoming a detective that August. He was promoted to lieutenant in March 2005, and his rank was reclassified to captain in March 2013. Since then, he’s worked as a supervisor for multiple divisions on both the operation and corrections sides.

If elected, Woods has said that he would continue and expand programs and services for inmates, work to reduce recidivism and ensure that the focus of the sheriff’s office is on the safety of all people who live in or visit Douglas County.

Woods has said that his position on the jail expansion is that he has no position. It’s not the sheriff’s decision whether the expansion happens, it’s the county commission’s, and he will deal with the cards that the commission and the public deal him. He said the sheriff is required to maintain safety and provide for the mental and physical health care needs of all inmates. It’s good that the numbers are down right now and he hopes they stay that way, he said, but there’s no way to know what will happen in the future. Regardless, he said he’ll keep doing his job to the best of his ability.

Woods has said that Lawrence is diverse, and in addition to ethnicity and racial-based biases, it’s important to consider other cultures and ideas and take those into consideration as well. He said he would increase training on bias issues to a minimum of eight hours per year. He said it would be all-encompassing training for bias-based policing and racial profiling issues that have occurred in the past with other agencies.

He said the sheriff’s office can take action against racial or ethnic bias, whether that means by education, discipline or termination. In order to hopefully avoid issues such as excessive use of force by officers, Woods said he would want to start stress inoculation training. That type of training would help identify people who might not be good candidates for law enforcement early on in the process, he said.

Woods said he would support a citizen review board. He would also want to hire someone from outside the agency to handle internal investigations and be responsible for professional standards. That person would also review things such as paperwork and video footage, see how officers are performing their everyday duties and make sure that the taxpayers are getting the most for their tax dollars, Woods said.

Woods would also be in favor of a database tracking officer misconduct, he said, and he would want to regularly let the public know how many complaints the department has had, how many were founded and what the disciplinary issues were, for instance.