Lieutenant files to run for Douglas County sheriff in 2020 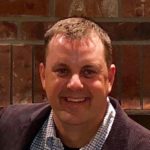 Jay Armbrister has filed to run as a Democrat for Douglas County sheriff in 2020.

A 20-year veteran of the Douglas County Sheriff’s Office has filed to run for sheriff.

Jay Armbrister, 42, of Baldwin City, filed Oct. 4 to run as a Democrat. Armbrister said he filed early because he was eager to share his candidacy with county residents.

“It’s always been my goal to be sheriff of Douglas County,” he said. “I filed early because I wanted to get myself out there and start fundraising. My whole career has been with this agency. I’ve never worked anywhere else. I feel like I have a well-rounded background in law enforcement.”

Armbrister said he started at the sheriff’s office as a corrections officer in 1998 after earning his associate degree in a Pittsburg State University auto mechanics program. After two years in corrections, he was assigned to the patrol division for 11 years, serving as deputy patrol supervisor the last 2 1/2 years of that span. He then was a detective for more than six years until his recent promotion to lieutenant in corrections.

Armbrister said mental health would be one of his priorities as sheriff. That means making sure no inmates are in jail solely because of their mental illness, he said. It also means providing needed mental health support for deputies.

“Sheriff (Ken) McGovern has done an awesome job in that area, but I want to take it a step further,” he said. “Post traumatic stress syndrome is an injury, just like injuring a knee chasing down a suspect. We need to nurture an environment in which officers know it is OK to ask for help. I would like our people to have access to trained psychiatrists who work specifically in this field so they know we care about their mental health while they are on the job and in retirement.”

McGovern, a Republican, said on Tuesday that it was too early to discuss his plans for 2020, according to Kristen Channel, a sheriff’s office spokeswoman. McGovern was first elected as Douglas County sheriff in 2004.