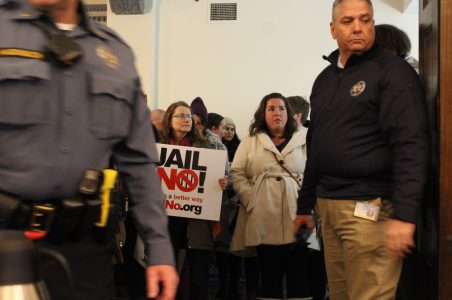 After hearing more than 25 county residents voice their opposition to the project, the Douglas County Commission authorized a nearly $30 million expansion of the county jail during its meeting on Wednesday.

All three commissioners — Patrick Kelly, Michelle Derusseau and Nancy Thellman — said they believed the project was necessary to provide enough space and safe housing to those who need to be there.

“For the people who must be in jail, this board is responsible for providing a safe and humane jail,” Derusseau said, calling the project a moral obligation for the county.

But the vast majority of the public commenters at the meeting disagreed.

Of the nearly 30 people who spoke at the meeting, only one person said he supported the jail expansion. The courthouse’s normal seating was full, and some members of the public watched the meeting from out in the hallway. Some of the attendees also carried signs opposing the project.

The opponents who spoke argued that the county should use the funds for the project in other ways, such as bolstering programs that are alternatives to incarceration.

Additionally, they called for the commissioners to allow the public to vote directly on the project. They said they believed county voters would reject it, much like they voted down a larger version of the project in a May 2018 referendum. 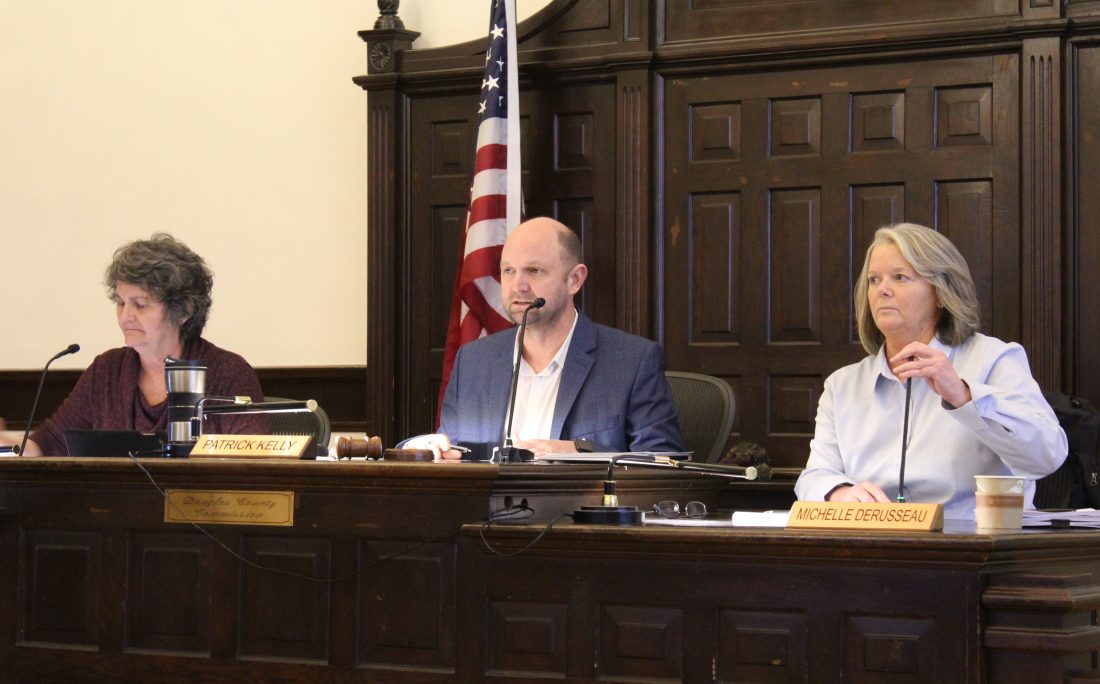 Douglas County Commissioners Nancy Thellman, left, Patrick Kelly, center, and Michelle Derusseau, right, speak to a packed audience during their meeting on Wednesday, Jan. 29, 2020. Despite many calling for a halt to the project, the commissioners unanimously approved a $29.6 million expansion of the Douglas County Jail.

When the commissioners were explaining their reasoning for approving the project, many in the audience jeered them and continued to make arguments. Some also called for the commissioners to be voted out of office.

The commissioners said the county does fund alternatives to incarceration, such as pretrial release, house arrest and the behavioral health court. Audience members said that was not enough, and they called for the commission to spend more on programs rather than expanding the jail.

But Kelly said he believes the county needs to both continue reforming the criminal justice system and create more space to ensure the safety of those who are in the jail.

“I believe we can and must do better,” Kelly said. “We want to be compassionate, and yet we have a responsibility.”

The county has been working for years to expand the jail to address persistent overcrowding at the facility. As of Friday, the jail had 40 inmates being housed outside of Douglas County, according to weekly jail statistics.

The county plans to use funds generated through a one-cent sales tax that voters approved in 1994 and that is still in effect today. The wording of that sales tax referendum said the revenue could be used for “the expansion and operations of the county jail,” among other things.

To finance the expansion project, County Administrator Sarah Plinsky previously said the county has up to $9 million in cash on hand that can initially be put toward the costs. That cash is also expected to fund the separate $1.5 million renovation of the jail’s central heating and cooling plant. The total estimated cost of the main jail expansion project and the plant renovation is $31.1 million. 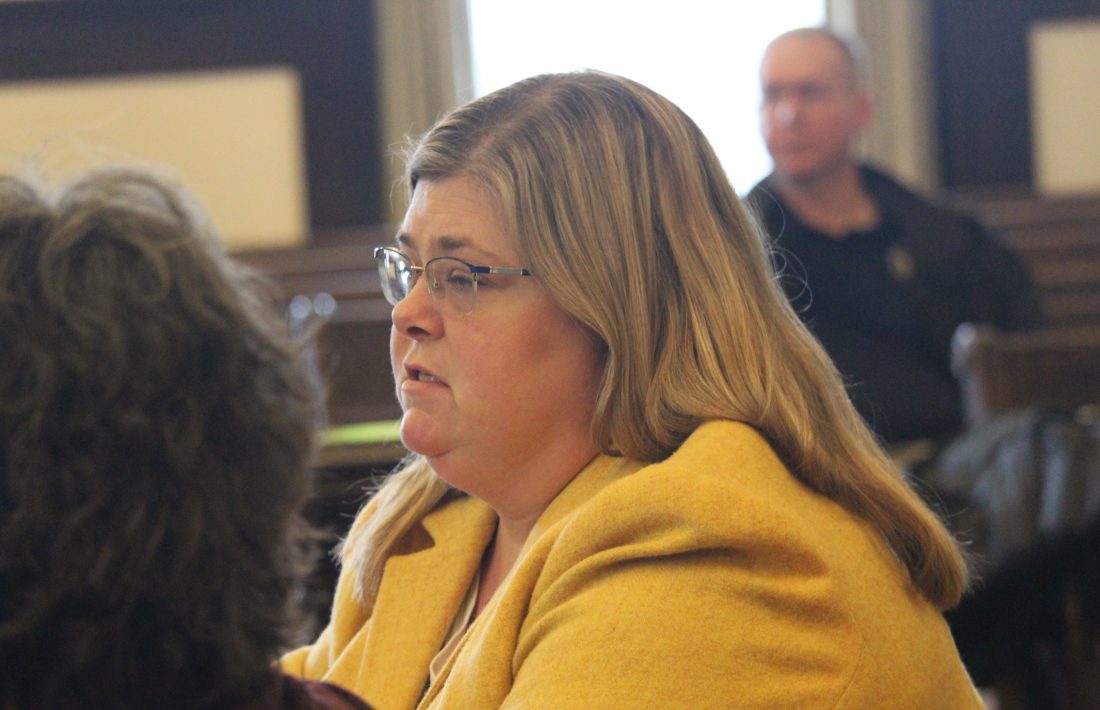 Douglas County Administrator Sarah Plinsky discusses the details of a planned $29.6 million expansion of the county jail during a County Commission meeting on Wednesday, Jan. 29, 2020.

Commissioners will determine how much of the $9 million will go toward the projects, Plinsky previously told the Journal-World. Once that decision is made, county staff proposes pursuing a bond issue with a 20-year debt service to finance the rest.

The expansion project itself would not increase taxes for county residents. But the extra costs of operating an expanded jail could spur county leaders to raise taxes.

Plinsky previously told the Journal-World that the expansion would increase the jail’s annual operating costs by $6 million, but she said that would be subsidized by $2.4 million worth of budget cuts the county made in 2019 and about $1 million each year in savings from no longer housing inmates out of the county. That would leave the county with a $2.6 million hole to fill, she said.

That $6 million increase is mostly due to the need to hire 67 full-time-equivalent employees to work at the expanded jail, Plinsky said Wednesday. She noted that the cost increase would not be immediate, but would gradually ramp up to the $6 million as the county works to fill those positions.

Plinsky previously told the Journal-World the county would either need to raise taxes or make cuts elsewhere in the budget to cover the extra operating costs. Based on the county’s 2020 budget, if it chose to cover the expected cost increase solely through taxes, the county would need to increase the mill levy by 1.787 mills. That means the owner of a $200,000 home would pay roughly $41 more in property taxes.

With the commission’s approval Wednesday, Plinsky said the county will work to issue bonds and finalize construction contracts in the spring.

• Dec. 15, 2019: With alternative programs in place, Douglas County Jail still overpopulated with at least 40 inmates housed out of the county