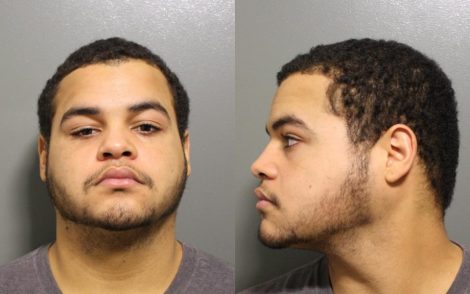 A fourth man charged in connection with a series of armed robberies around Lawrence in early 2018 was convicted Tuesday in Douglas County District Court.

Justice L. Dent, 21, of Lawrence, pleaded no contest to two counts of robbery, midlevel-severity felonies. As part of the plea, prosecutor Deborah Moody and Dent’s appointed defense attorney, Nicholas David, agreed to recommend that Dent serve his sentence for each count concurrently.

Prosecutors alleged that Dent and another man, Corey Allen, entered an apartment in the 2000 block of West Sixth Street on Feb. 20, 2018, wearing masks from the movie “The Purge.” Allen threatened the residents of the apartment with a gun while Dent searched for property to steal, eventually taking some DJ equipment, Moody said during Tuesday’s hearing.

During a second robbery the same day, prosecutors say Dent stole cellphones and some other property from a couple in their home in the 3100 block of Ousdahl Road.

Dent had been charged with three counts of aggravated robbery while armed with a gun and two counts of aggravated burglary, all felonies, plus two misdemeanor counts of theft. Some of the charges were dismissed after a Jan. 8 preliminary hearing in his case, online court records indicate.

According to a police affidavit in the case, True J. Shipley, 21, of Lawrence, set up marijuana buys with people he knew were selling, but, instead of buying, his friends robbed victims in three Lawrence homes. Shipley pleaded no contest to three counts of robbery and was convicted on Oct. 15, the Journal-World reported. His sentencing is scheduled for Dec. 30.

Allen, 31, of McDonough, Ga., pleaded no contest to felony charges of robbery, aggravated assault with a deadly weapon and criminal threat. He was sentenced Nov. 18 to 59 months, just short of five years.

A Kansas City, Kan., man, Rodney L. McNeal, now 23, was sentenced in May to nearly three years in prison for shooting a man who came home to find McNeal burglarizing his apartment on March 8, 2018, the Journal-World has reported.

Dent’s sentencing is set for Jan. 7.

• Oct. 15, 2019: Man who allegedly set up series of burglaries in Lawrence convicted