Man who allegedly set up series of burglaries in Lawrence convicted 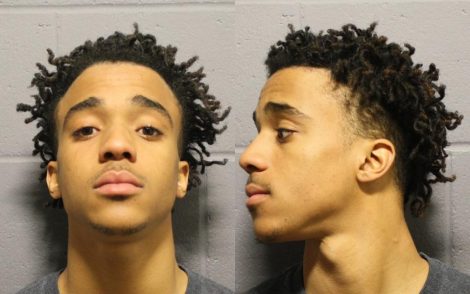 A man who is alleged to have facilitated a series of burglaries in Lawrence was convicted Tuesday in Douglas County District Court.

True J. Shipley, 21, pleaded no contest to three counts of robbery, midlevel-severity felonies, Cheryl Wright Kunard, assistant to the Douglas County district attorney, told the Journal-World via email. At the time of his arrest, Shipley had been living in Georgia for a brief period, but he is a lifelong resident of the area, according to some documents in his case.

Police allege that Shipley set up marijuana buys with people he knew were selling, but instead of buying, his friends robbed victims in three Lawrence homes in February and March of 2018. Robberies were also planned but not carried out in two other homes, police say.

During the burglaries, the men reportedly wore masks from the movie “The Purge.” One man was shot when he reportedly came home and interrupted a burglary at his apartment.

Of all the defendants, Shipley was arrested first, in April 2018. In the months afterward, police investigation and interviews with Shipley led to the arrests of the suspected shooter, Rodney L. McNeal, now 23, of Kansas City, Kan., and the suspected mask robbers, Corey T. Allen, now 31, of McDonough, Ga., and Justice L. Dent, now 21, of Lawrence.

Shipley was initially charged with nine counts, seven of which were felony counts of aggravated burglary and aggravated robbery, court documents show.

McNeal pleaded no contest and was convicted of robbery and aggravated battery, both felonies; he was sentenced on May 21 to 34 months in prison. Allen pleaded no contest and was convicted Sept. 10 of three felony charges: robbery, aggravated assault with a deadly weapon and criminal threat. He is scheduled to be sentenced on Thursday. Dent’s next hearing is set for Nov. 4, online court records show.

Because the court found that his crime was committed with a firearm, Shipley must register as a violent offender, Wright Kunard said. He is set to be sentenced on Dec. 30.