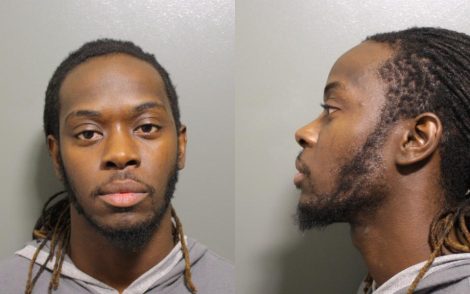 A man convicted in connection with a robbery in a series that took place in Lawrence in early 2018 was sentenced to just short of five years in prison Monday in Douglas County District Court.

Allen and 21-year-old Justice L. Dent, whose case is pending, allegedly knocked on the door of an apartment in the 2000 block of West Sixth Street on Feb. 20, 2018, the Journal-World has reported. They were wearing masks like those from the movie “The Purge.”

Prosecutor Deborah Moody said during the plea hearing that Allen pointed a gun at the three women inside the apartment while Dent allegedly searched for property to steal, then eventually took some DJ equipment.

Police allege that a third man, True Shipley, set up marijuana buys with people he knew were selling, but, instead of buying, his friends robbed victims in three Lawrence homes. Robberies were planned but not carried out in two other homes, police allege.

“I want to take responsibility, do my time and stay on the right track,” he said.

Huff gave Allen credit for 430 days served, or about 14 months. His sentences of 41, 12 and six months for each of the three charges will run consecutively, and he will have 24 months of post-release supervision. He is eligible for 15% good time credit on the 41-month sentence and 20% on the second two. He must register as a violent offender for 15 years after he is released from prison.

Allen’s appointed defense attorney, Branden Smith, told Huff that Allen intended to participate in programs at the prison and get his good time credit.

Huff assessed fees Allen must pay, including $981 for extradition from Georgia and attorney’s fees to be determined.

Allen briefly said goodbye to some tearful family members in attendance before he was remanded into custody.

A Kansas City, Kan., man, Rodney L. McNeal, now 23, was sentenced in May to nearly three years in prison for shooting a man who came home to find McNeal burglarizing his apartment on March 8, 2018, the Journal-World has reported.

• Oct. 15, 2019: Man who allegedly set up series of burglaries in Lawrence convicted