Lawrence homes: Sharing a roof works for this mother and adult daughter 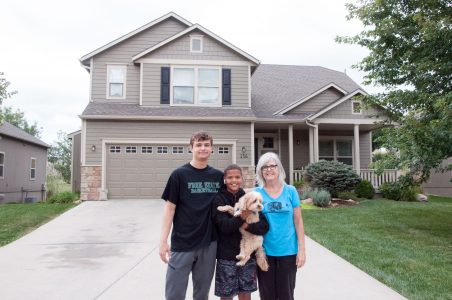 There was one question Vicki Weseman and her daughter Leah Wisdom needed to answer before they bought a house together in Lawrence.

“We had to decide: Could we live together?” Weseman said.

After giving the idea some thought, they agreed that if they found the right house they could do it. What they were searching for was one house with enough room so they could maintain separate spaces.

Weseman had been a longtime educator in Lawrence but made a career move to Denver in 2007. Wisdom was a divorced mother with three sons. When Weseman moved back to town in 2014 to be closer to family, they began exploring the idea of one roof but two homes.

Their arrangement is not unique. Parents and adult children sharing a home is gaining popularity, according to a 2018 Pew Research Center report. Nearly 79 million adults in the United States, or 31.9% of the adult population, live in a “shared household,” according to the Pew Research Center. A shared household is one in which two or more adults not intimately attached live in the same home. 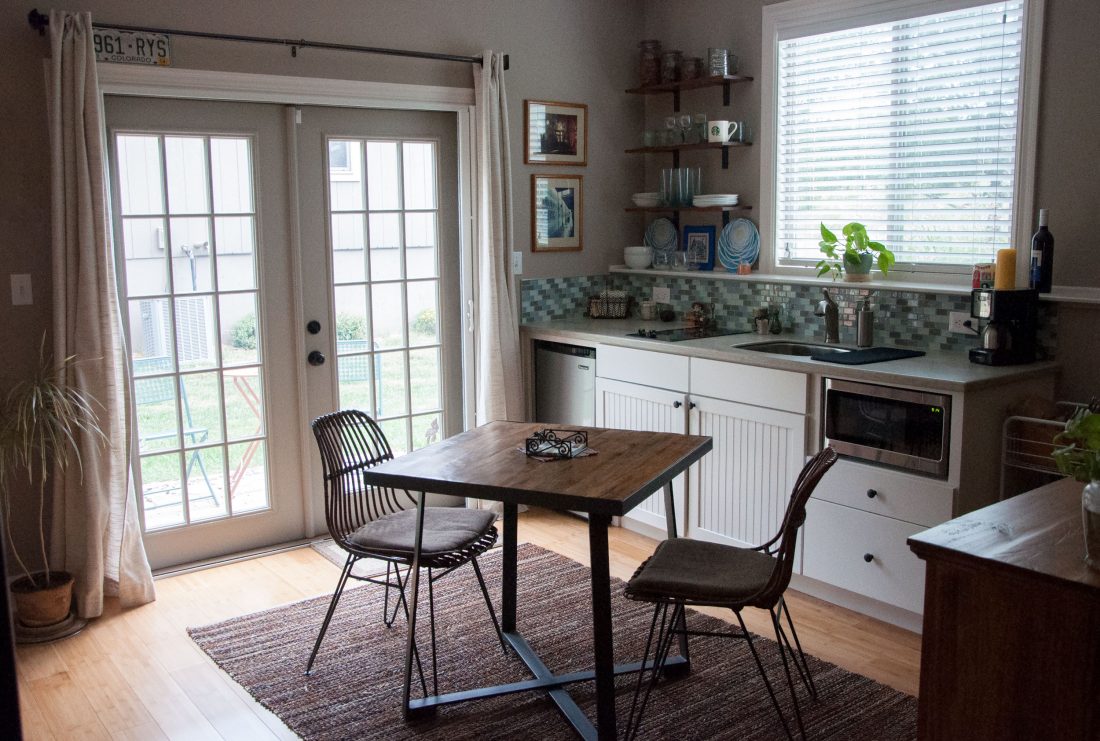 According to the report, while the rise in shared living was attributed to a growing number of millennials moving back in with their parents, in the wake of the Great Recession the longer-term increase has been partially driven by parents moving in with their adult children.

As they began house hunting, Weseman and Wisdom found what they were looking for in a contemporary multilevel home at 136 Aspen Lane, which was built in 2007 on Lawrence’s west side.

“We liked the location, and I liked the layout of the house,” Weseman said. The home already had the makings of a separate space with a finished basement that included a large living room, bedroom and bathroom. However, work needed to be done to make the space Weseman’s own, away from the rest of the family.

She was looking for a feng shui vibe, or harmony through the placement of furnishings and belongings.

Weseman hired a contractor who added a kitchenette complete with cooktop, microwave, refrigerator, sink and Corian countertops. Plus, the contractor added a window above the sink. 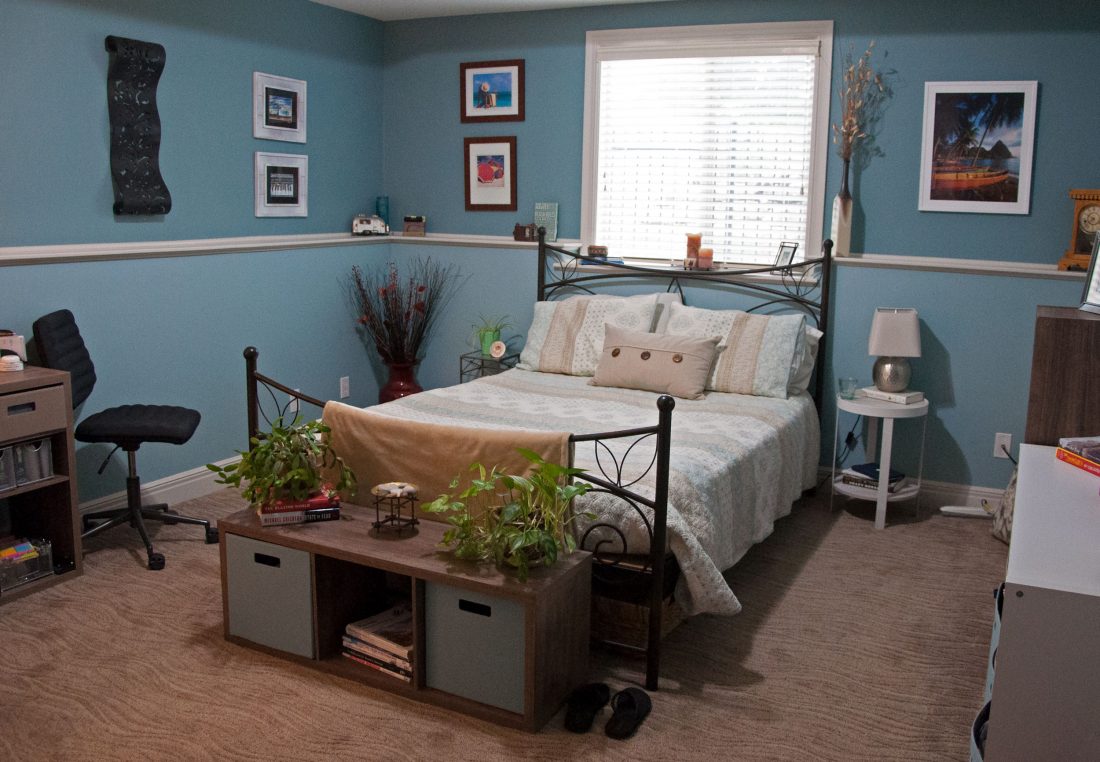 Vicki Weseman’s bedroom at 136 Aspen Lane is pictured on Friday, September 20, 2019. Weseman lives with her daughter and three grandsons.

“I’m a little claustrophobic, so I need natural light,” she said. While the downstairs had a sliding glass door in the living area, she replaced it with double French doors that open to a small patio area. She likes the idea of her own entryway and wants her guests to come to that door when they visit rather than entering from the front door of the house, which can lead either upstairs to the main residence or down to her apartment.

It was the downstairs bathroom that needed a major overhaul. The shower was enlarged and made to seem bigger by enclosing it in glass. The toilet was moved to make more space, and a new vanity set was installed. Instead of a door that opens outward and takes up space, Weseman had a sliding barn door put in.

The style of the space is contemporary, but a feature in the kitchen brings back fond memories from Weseman’s childhood in western Kansas. Her brother in Dighton had salvaged redwood from the old water tank that was in the wash house at the family farmstead. She brought pieces of the wood back to Lawrence, and the contractor cleaned them and turned them into shelves where she displays some of her dishes.

Weseman feels she has plenty of space to live comfortably and entertain guests. However, before she could get to that point she needed to do a lot of downsizing. 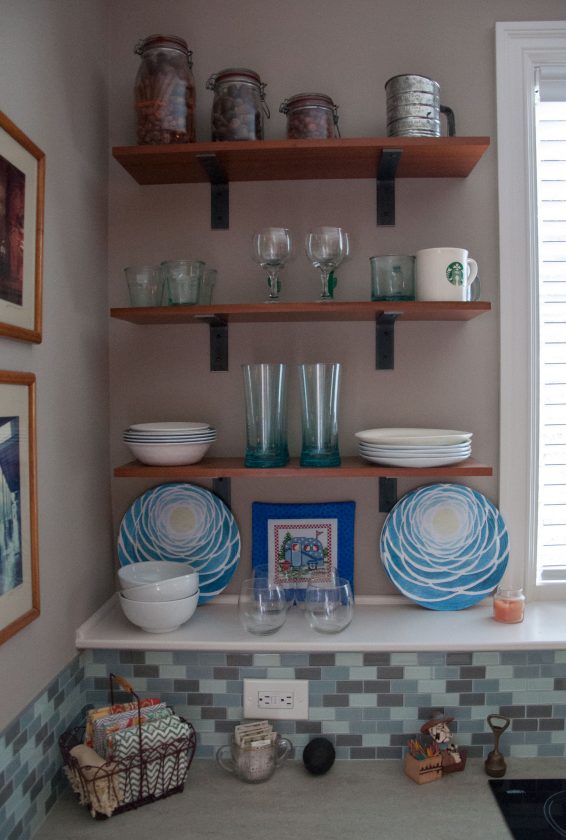 Several years into the living arrangement, both Weseman and Wisdom are glad they made the decision to share a roof. They both admit it took some work learning about boundaries.

“I spend more time upstairs than I thought I would,” Weseman said. Her grandsons, Xavien, Alyus and Shawn, are good at respecting her space, she said.

But, Alyus said he was glad his grandmother was around to do some cooking for him.

Weseman has learned to ignore the state of her grandsons’ bedrooms.

“We had to work on boundaries,” Weseman said. “I had to let go and realize the whole house is not mine.” 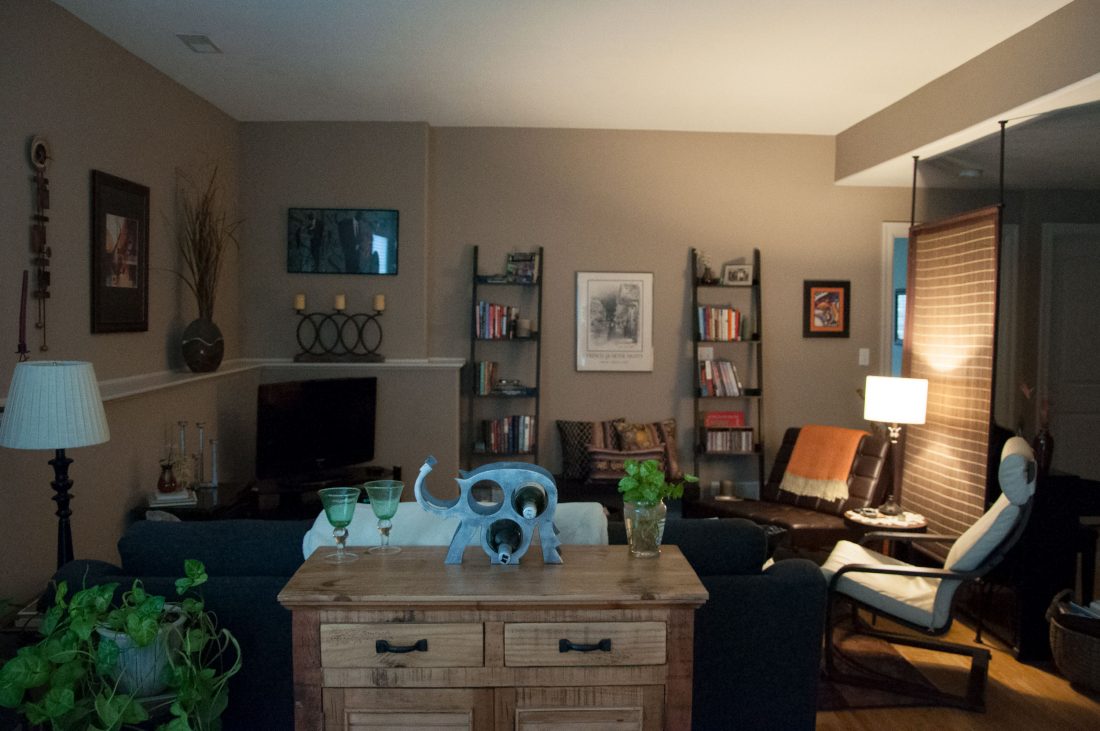 For Weseman the benefit is the intermingling of the generations.

“The thing I enjoy most is being with my grandsons,” she said.

Wisdom agreed it has worked out well. She appreciates having another adult in the house.

Plus, they both appreciate the financial benefit of sharing a mortgage.

While they went into the arrangement knowing that if it didn’t work they would sell the house and go back to living separately, they have learned how to make a shared home work for them.

Wisdom said there may come a time after her sons are grown that they won’t want such a big space. When that day comes, mother and daughter might have to ask themselves another question: Do they want to live together in a smaller house? 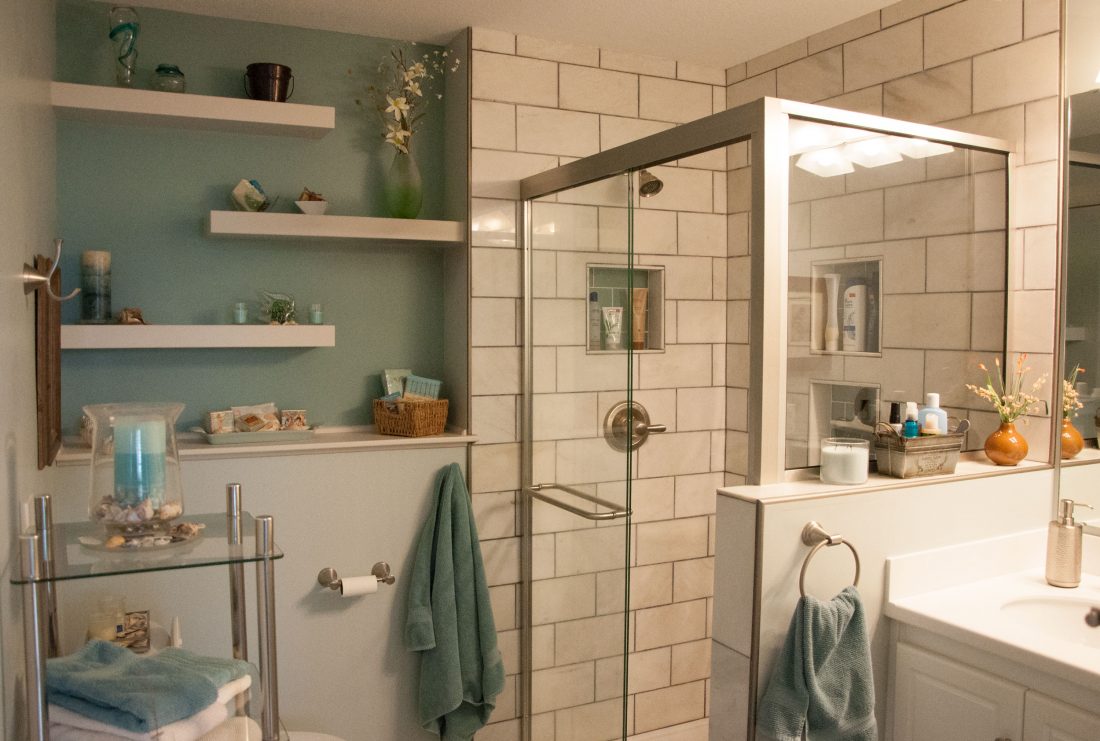