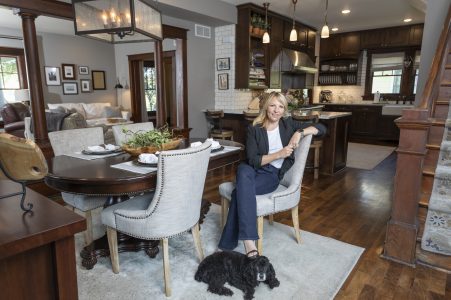 Summer Wedermyer sits at the dining room table of her home at 646 Rhode Island St. The Wedermyers did a lot of the physical work themselves moving the front door, and tearing down a wall to open the kitchen to the dining room.

For years, nobody seemed interested in the house at 646 Rhode Island St., except the pigeons who roosted inside.

The house — with its wraparound front porch, just a block from downtown — sat empty and on the market for years. Pipes had burst in a second-floor bathroom and soaked the downstairs. Plus, it had been partially gutted.

In 2012, when Summer and Nate Wedermyer purchased the house, it was in such bad shape that friends asked if they were going to tear it down.

“We never thought of tearing it down,” Summer said.

Instead, the couple took the 1912 vernacular-style house and began a nine-month renovation project, making it functional for today’s living. 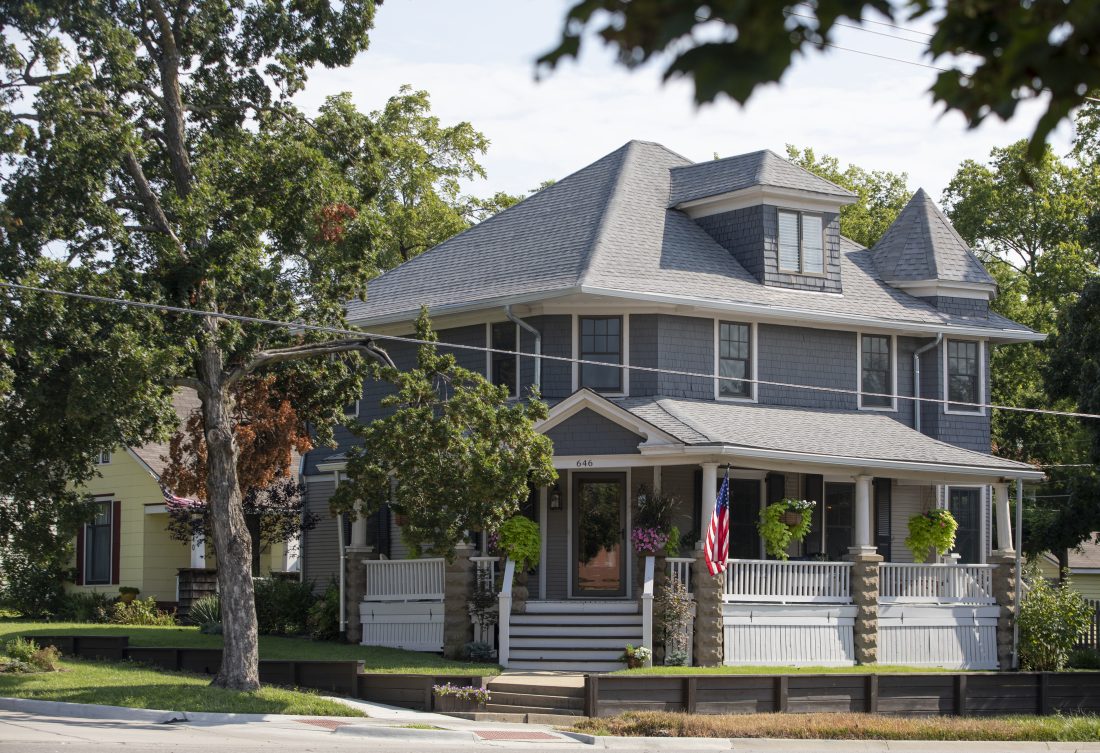 The home of Summer and Nate Wedermyer, 646 Rhode Island St., had sat empty and on the market for several years, until the Wedermyers purchased it in 2012 and began a nine-month renovation. 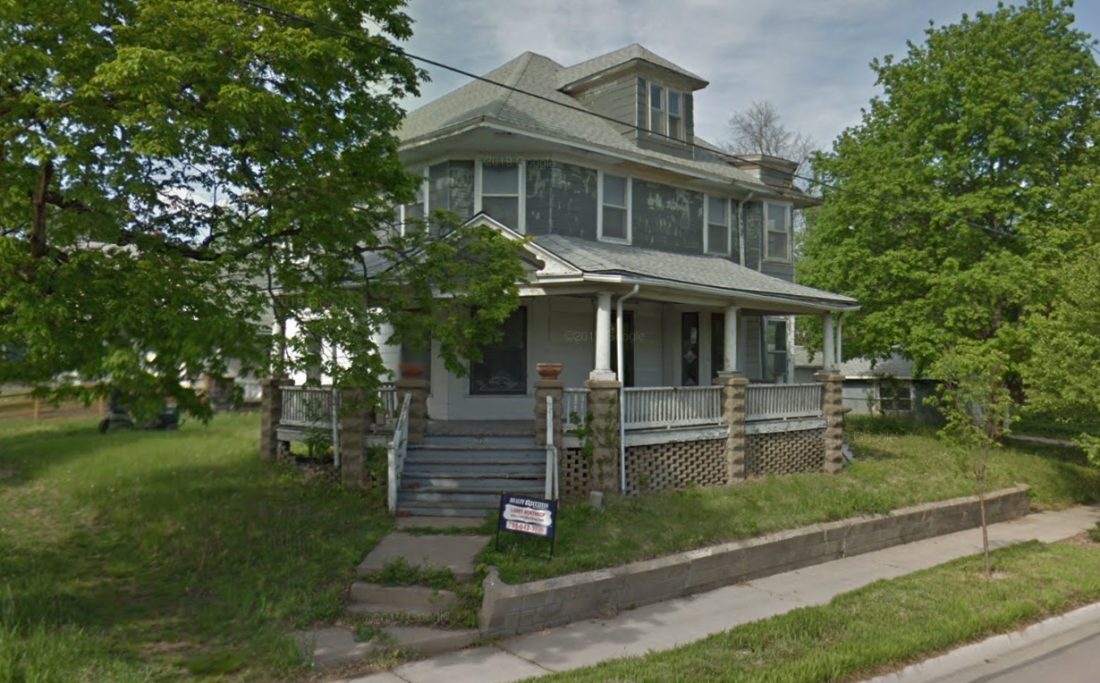 A house at 646 Rhode Island St. is shown in this Google Street View screen capture from 2011.

It helped that Summer, who has a degree in design from the University of Kansas and owns the home design business Arch and Gable, could do the architectural drawings. Plus, Nate works in the building trade.

Previously they had renovated an 1885 Italianate style house in Baldwin. They knew the drill as they began a complete overhaul from the basement to the attic.

“We added a ton of square footage. We finished the basement and added a third-floor master suite. You can really stay in shape with the stairs.”

The Wedermyers did a lot of the physical work themselves, moving the front door and tearing down a wall to open the kitchen to what is now the dining room. They even added a turret on the second-floor roof and an open staircase to the third floor. 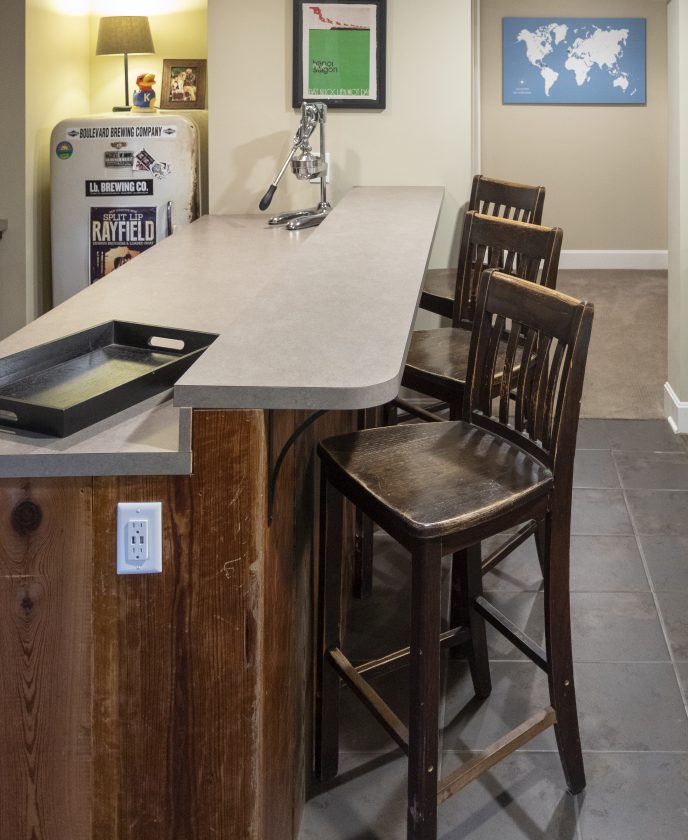 Summer and Nate Wedermyer renovated what had been an empty basement at 646 Rhode Island St. into a cozy living space, complete with a bar and old stools from Johnny’s Tavern in North Lawrence.

They renovated what had been an empty basement into a cozy living space, complete with a bar and old stools from Johnny’s Tavern in North Lawrence. A second downstairs room was turned into a gym.

The couple repurposed things in the renovation. An old garage door became a sliding door between the laundry room and a hallway off the kitchen. A 1940s-style refrigerator, which was the only thing left in the house when they took possession, has been restored and is used in the basement. 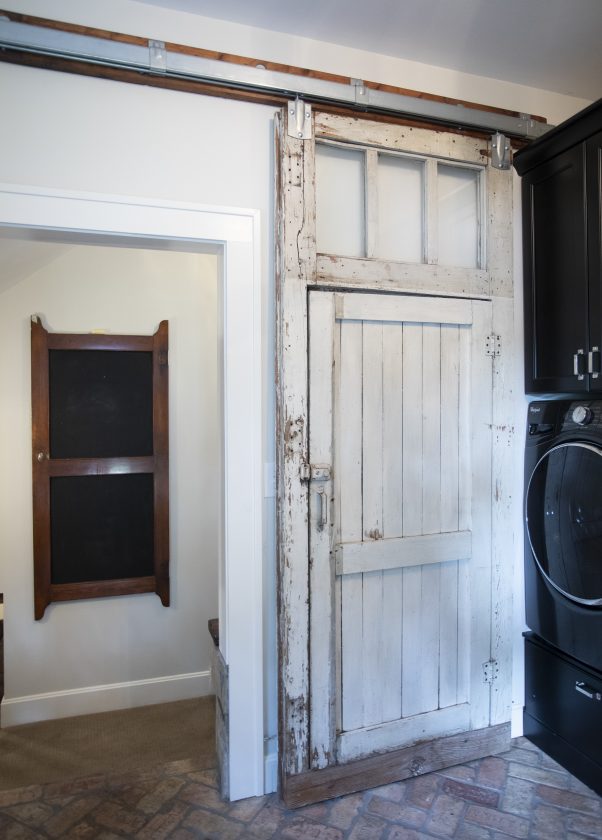 Summer and Nate Wedermyer repurposed things during the renovation of their house at 646 Rhode Island St. An old garage door became a sliding door between the laundry room and a hallway off the kitchen.

On the main level, the floor in the kitchen and dining area had to be replaced because of water damage. They chose walnut, which blends with the pine floors in the living room and office. Summer cleaned all the original wood trim with a concoction she devised, which included white vinegar and a dab of stain to fill in the nicks. 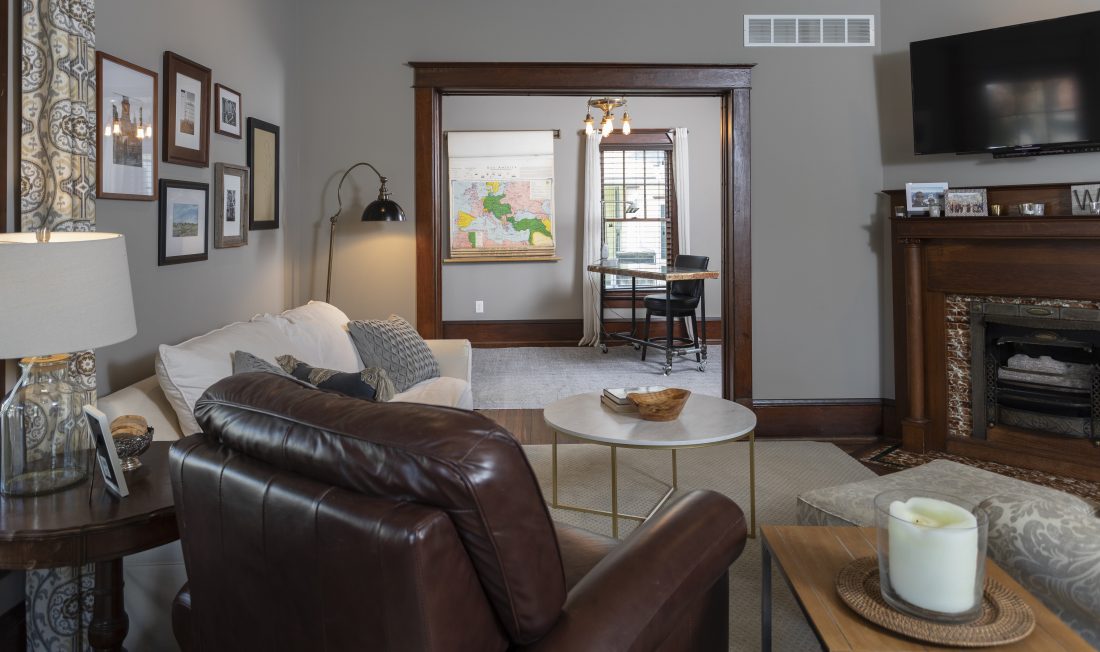 A view from just inside the front door at 646 Rhode Island St. shows a living room and, at back, the original dining room, which is now owner Summer Wedermyer’s office. A large collection of 1950s style maps are hanging on the wall. They came out of her father’s classroom where he once taught geography.

The original dining room is now Summer’s office. A large collection of 1950s-style maps are hanging on the wall. They came out of her father’s classroom where he once taught geography.

Although the kitchen was totally gutted, they kept a traditional design with the cabinetry and marble countertops. They took the pantry and turned it into a coffee bar. The spacious area has made it easy to entertain as many as 30 for Thanksgiving dinner. 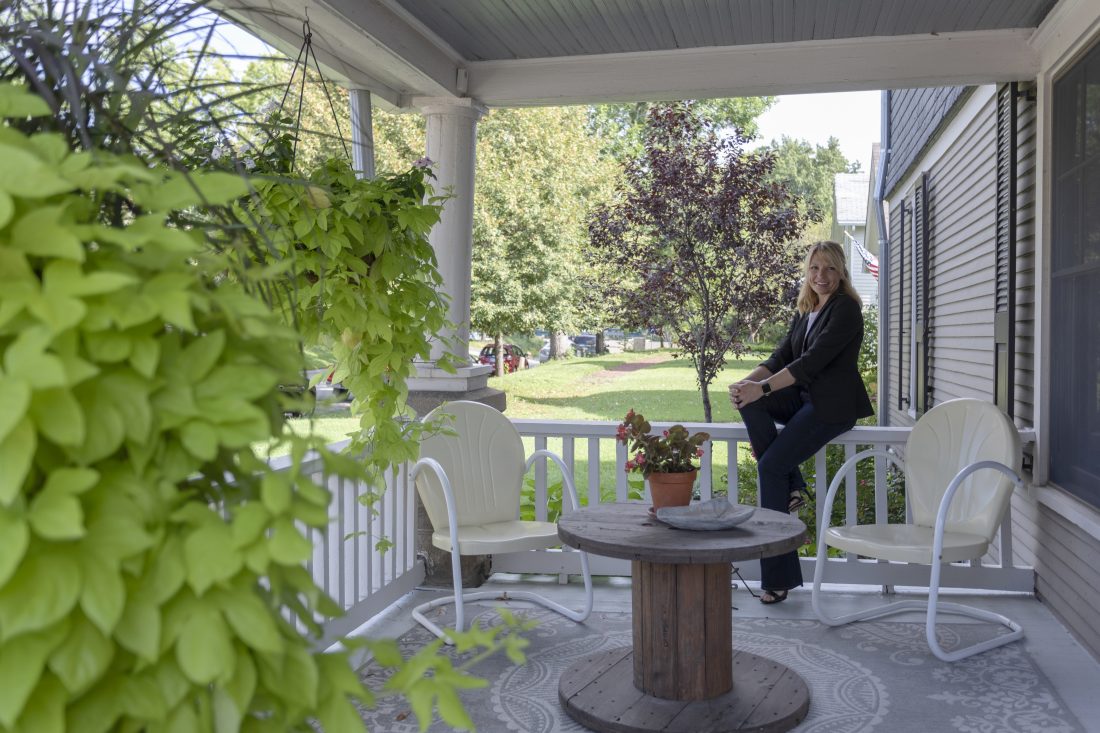 The home of Summer Wedermyer at 646 Rhode Island St. features a large, wrap-around porch with two different seating areas, faces the south and west and is just a block from downtown.

Though it’s definitely a house with a past, Summer said its story remains sketchy. She knows there were small shanty houses on the property before 1912. Two brothers, who owned the train depot restaurant, built and lived in the house until about 1919. After that, it was a boarding house and rental units for years. Two sisters called it home for a while. Then an older couple, who owned a farm, bought it to have a house in town. However, it hadn’t been lived in for years.

“Legend has it no children have ever lived here,” Summer said. The Wedermyers share the house with Maggie and Tucker, their two dogs.

It has become a house that has plenty of room to welcome friends wanting to spend the weekend in Lawrence.

Summer said they had achieved their goal of fixing up an old house so it would last longer.

“It turned out dynamite,” she said.