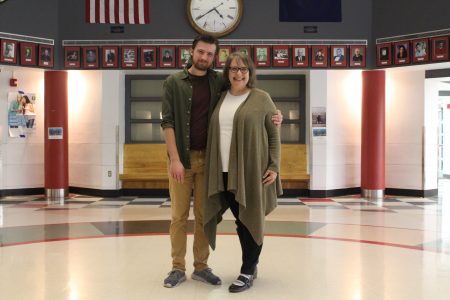 KU student Kenton Felmlee poses with his former high school history teacher, Valerie Schrag, who inspired him to join a bone marrow donor registry. The two are pictured in the Lawrence High School rotunda on Nov. 21, 2019.

Eleven-year-old Laila Anderson made national news this year as her fight with a rare disease helped inspire her favorite team, the St. Louis Blues, to win the Stanley Cup. Just one month ago, University of Kansas student Kenton Felmlee discovered it was his bone marrow donation that helped save her life.

Felmlee, a KU sophomore and Lawrence native, donated his bone marrow in January through an organization called Be The Match. When he recently found out the name of his recipient, “I actually did not know anything about who she was,” he said. So he Googled her name.

“It exploded,” Felmlee said of the search results.

Articles appeared about Laila visiting the White House and receiving a Stanley Cup ring. Felmlee discovered that “Laila Strong” bracelets are enshrined in Toronto’s Hockey Hall of Fame. She even has her own bobblehead.

“Everything about her is out there because of how much she’s inspired other people,” Felmlee discovered. 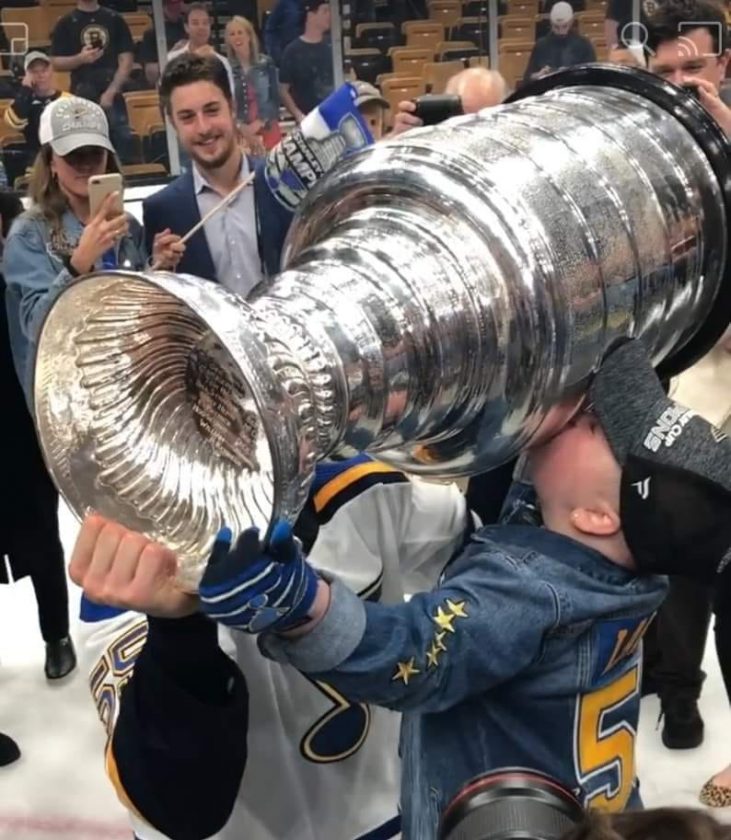 Laila has a rare immunodeficiency disease called HLH; only 15 other children in the world have her particular diagnosis. It took 14 months for doctors to diagnose her and, when they did, they knew she would need a bone marrow donor.

“Kenton gave Laila the gift to be a normal 11-year-old again,” Laila’s mom, Heather Anderson, said in an email to the Journal-World.

On Dec. 5, the donor and his recipient will meet in person at a Be The Match event in St. Louis.

“It’s definitely going to be nerve-wracking, thinking about all the people that are going to be there,” Felmlee said. “But I think what really helps me home in and focus on how excited I am is knowing that she’ll be there and so will her family.” 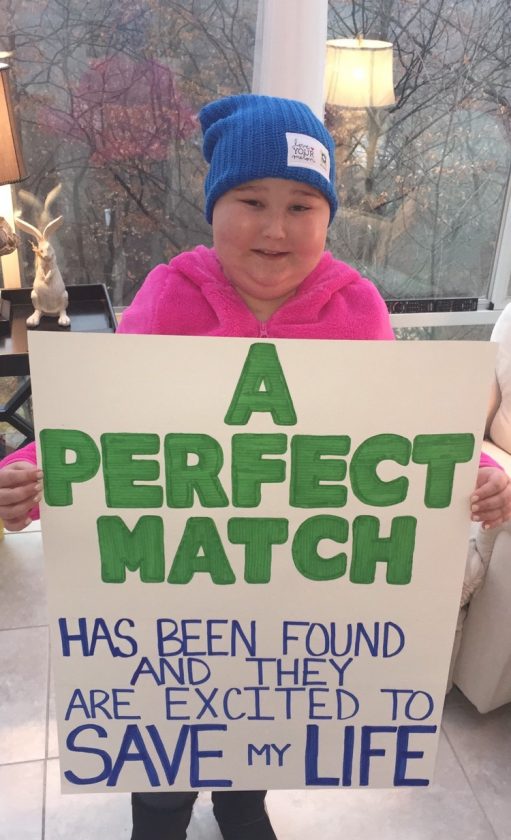 Laila Anderson announced she had found her “perfect match” on Dec. 6, 2018.

Felmlee joined the Be The Match registry his senior year at Lawrence High School, inspired by his history teacher, Valerie Schrag, who also was a donor and told her students about the process.

For Felmlee, Schrag’s donation struck a personal chord. He had grown up watching his father suffer from an immune system disorder.

“I saw this opportunity that Ms. Schrag had given someone else to change that for their family, to not watch someone they love suffer, the way that I and my brothers and my mother had to watch my dad suffer,” Felmlee said in an interview on Thursday in Schrag’s classroom at LHS.

“I decided to go ahead and join. That was less than a month after I turned 18. And then, a few months later, I was called.”

Schrag said that call was “a holy moment.”

“That call is an amazing call to receive. Because you’re talking to somebody who is somewhere else saying, ‘You’re the best possible match. You are this person’s chance,'” she said.

“It’s pretty amazing how who you are on the inside can transform the life of somebody else without much inconvenience at all.”

According to the Be The Match website, about one out of every 430 members of the Be the Match registry in the United States will go on to donate.

Felmlee’s surgery occurred in January at the KU hospital, where the pre-med student hopes to one day study to become a doctor. Felmlee’s father accompanied him to the Thursday surgery, and Felmlee was back in class on Monday.

For months, Felmlee said it was hard to concentrate, wondering how his recipient was doing. The hardest part of the process was waiting, he said — “to not know whether someone is OK or not.”

When Laila and Felmlee discovered each other’s identities last month, Felmlee heard from Laila and her parents immediately.

“I remember a lot of what Laila’s father said,” Felmlee said, tears welling in his eyes. “One of the first things that Scott, Laila’s father, said to me, was, ‘How do you put into words thank you to someone who saved your daughter’s life?’ And that was something that really hit me … I can only imagine watching someone you love that much and having their life almost taken away, but having it given back by someone else. Someone you’ve never met. Someone who shouldn’t care about you.”

But in a way Felmlee said he couldn’t explain — “I do. She’s one of the most important people in my life and I’ve never even seen her face.”

Anderson said Laila has good days and difficult days. There have been signs that indicate possible regression, she said, meaning Laila could have to go through the transplant process again.

“We just have to take every good day as a blessing,” she wrote. “Laila is the strongest person I know and she will never stop fighting.”

In an email to the Journal-World, Laila wrote that out of the millions of people on the Be The Match registry, she was surprised she matched with someone who only lives four hours away.

“I was really just in shock and I wanted to learn more about him and say thank you!” she wrote. “I’ve been lucky enough to talk to Kenton a couple of times over the phone. I can’t even find the words to explain how grateful I am for what he’s done. I haven’t even met him yet and he means so much to me.”

Tickets to the Dec. 5 soiree, where Laila and Felmlee will meet, are sold out. But those who want to watch online can purchase a $100 ticket. A hundred dollars is the cost of adding one person to the Be The Match registry.

“I’m pretty sure I’m going to buy a $100 ticket to watch you,” Schrag told Felmlee on Thursday. “I think that’s probably the best $100 I will spend in a long time.”

Schrag found out Thursday morning who Felmlee’s recipient was, and said she was familiar with Laila’s story.

In the rotunda of Lawrence High School, Schrag embraced Felmlee and whispered, “I am so proud of you.”