After 2 arrests, Lawrence police still searching for killer or killers in downtown shooting 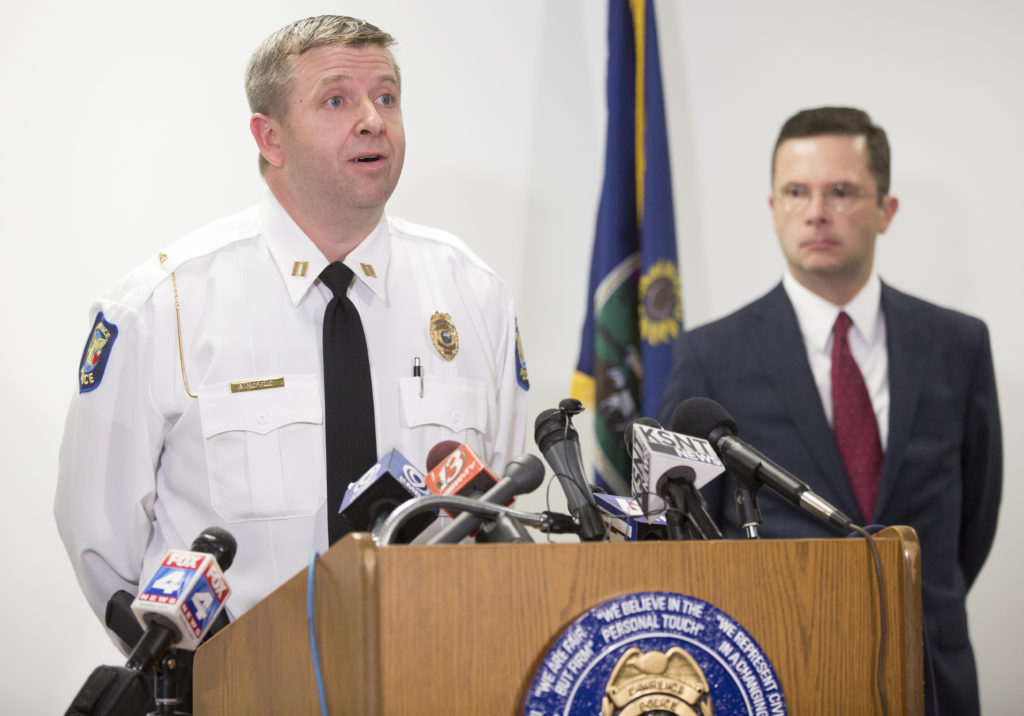 Two Topeka men — both fresh out of jail — have been charged in connection with the Oct. 1 shootings on Massachusetts Street, but neither is currently thought to be a gunman who left three dead in downtown Lawrence.

Instead, local law enforcement officials are still searching for the killer — or killers — in Lawrence’s first triple homicide in at least 15 years. In a Tuesday afternoon press conference, the Lawrence Police Department offered few details about the crime that left three dead bodies on the downtown sidewalks near 11th and Massachusetts streets as hundreds of pedestrians were leaving bars and other venues on an early Sunday morning.

Capt. Adam Heffley of the Lawrence Police Department said he does expect more arrests to be made, but said it was difficult to predict how many or when.

The three people killed were Leah Elizabeth Brown, 22, of Shawnee; Colwin Lynn Henderson, 20, of Topeka; and Tremel Dupree Dean-Rayton, 24, also of Topeka. Dean-Rayton previously had been identified by police only as Tremel Dupree Dean. But obituary and social media pages list his last name as Dean-Rayton or simply Rayton. It is not clear how, or whether, Tremel Dean-Rayton is related to defendant Ahmad Rayton. 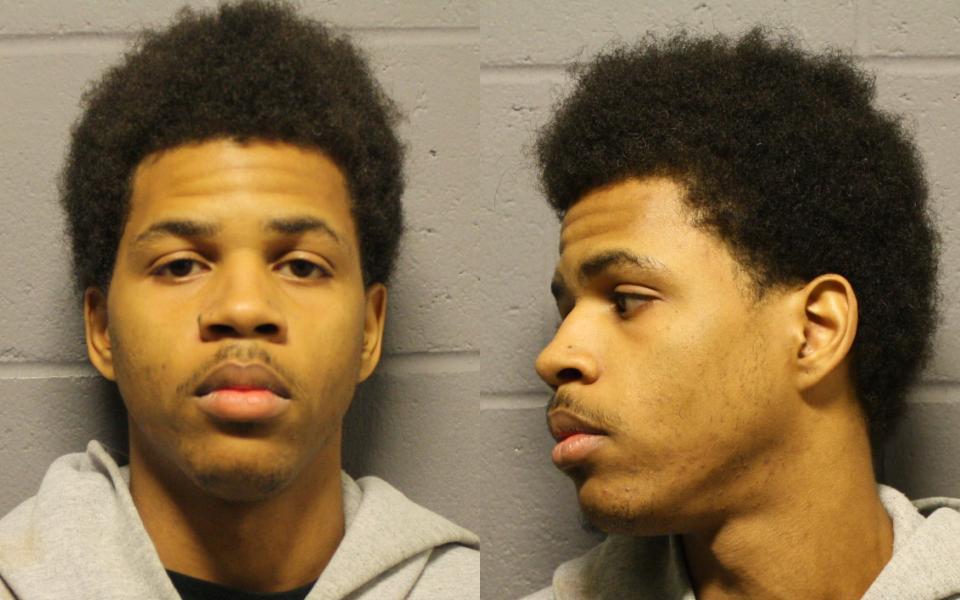 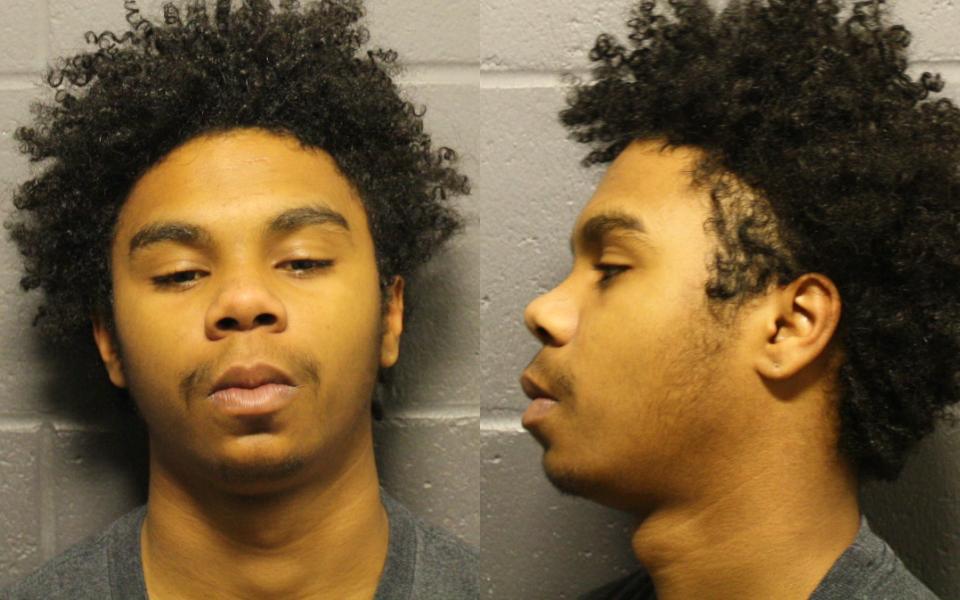 McMillon is accused of threatening Robert Wheeler with a gun, according to a Douglas County court document. Details about Wheeler weren’t provided on Tuesday.

In addition to Hunt, investigators also released the name of the second person injured in the shooting — Tahzay Rayton, a 19-year old Topeka man. It is not clear how, or whether, Tahzay Rayton is related to defendant Ahmad Rayton. However, Tahzay Rayton is identified as the brother of victim Tremel Dean-Rayton in a funeral home obituary.

According to the Facebook page of McMillon, he is friends with Tahzay Rayton, who was injured in the shooting.

Court documents from Shawnee County also show that both defendants had been in jail just weeks prior to the downtown Lawrence shootings.

A Shawnee County District Court file shows Ahmad Rayton was released from prison less than a month before the shootings, and had been a consistent violator of his probation terms.

Ahmad Rayton was charged in 2014 with one felony aggravated assault charge, two misdemeanor charges of endangering a child, a separate misdemeanor endangerment charge and a felony charge of defacing the identification marks on a firearm.

As part of a plea agreement, Ahmad Rayton pleaded guilty to the assault and endangerment charges but had the firearm charge dismissed. In November of 2014, a Shawnee County judge suspended his sentence and instead placed him on 24 months of supervised probation.

Then, in August of 2015, the court found Ahmad Rayton had violated the terms of his probation. The judge added another 24 months of probation and ordered him to serve three days in the Shawnee County Jail.

In June of 2016, Ahmad Rayton again was found to have violated the terms of his probation. The court ordered him to serve three days in the Shawnee County Jail.

In May of this year, the court again found Ahmad Rayton had violated the terms of his probation. This time the judge sentenced him to 180 days at a Kansas Department of Corrections facility. However, court records show that he was released from supervision on Aug. 3, which represents roughly half of a 180-day sentence.

Ahmad Rayton also had two misdemeanor battery charges filed against him in 2013 in Shawnee County District Court. However, the court file indicates those charges were resolved as part of the plea agreement in the felony matter.

McMillon currently is facing four felony drug charges in Shawnee County District Court and was out on bond at the time of the shooting, according to court records. McMillon was arrested in early September on felony charges of distributing marijuana, and related charges involving intent to distribute, possession of paraphernalia and possession of unlawful proceeds from a drug transaction.

McMillon was released from jail on Sept. 12 on a $5,000 bond, according to court records.

Tuesday marked the 16th day since the shooting. Heffley said the Lawrence Police Department had received approximately 200 leads on the case.

Heffley urged members of the public to continue to come forward with information.

“This investigation is ongoing,”Heffley said. “We still are looking for subjects, witnesses, anyone who has information about this.”

Heffley said the department continues to dedicate large amounts of resources to the investigation.

“We are still investigating this case with the same intensity that has brought us to this point today, and will do so until all those responsible are brought to justice,” he said.

At Tuesday’s press conference, the Lawrence Police Department told the large number of Lawrence, Topeka and Kansas City media members that the department would not be releasing many new details of the crime. The police department has said it fears releasing information to the public about the crime may hinder its investigation or future prosecution.

Among the details that have not yet been made clear to the public are:

• The number of shooters believed to have been involved in the incident, and whether multiple parties were exchanging gunfire on the sidewalks of Massachusetts Street. Police have said they think about 20 gunshots were fired.

• Whether all of the people killed and injured knew each other, and whether some of them knew the defendants. There have been indications that Brown, the 22-year old Shawnee woman, simply was walking along Massachusetts Street when she was fatally struck by a stray bullet. But police have not released information about that part of the case.

• Police have said a fight near the northwest corner of 11th and Massachusetts streets is thought to have led to the gunfire. But police have not said who was involved in that fight or what led to the fight.

Oct. 2 — Police: Shooting on Massachusetts Street that killed 3 was not a random act

Oct. 1, 2017 — Lawrence has had 5 homicides since Sept. 1 and city leaders are searching for answers