Police: Shooting on Massachusetts Street that killed 3 was not a random act; 1 injured survivor released from hospital; other in stable condition 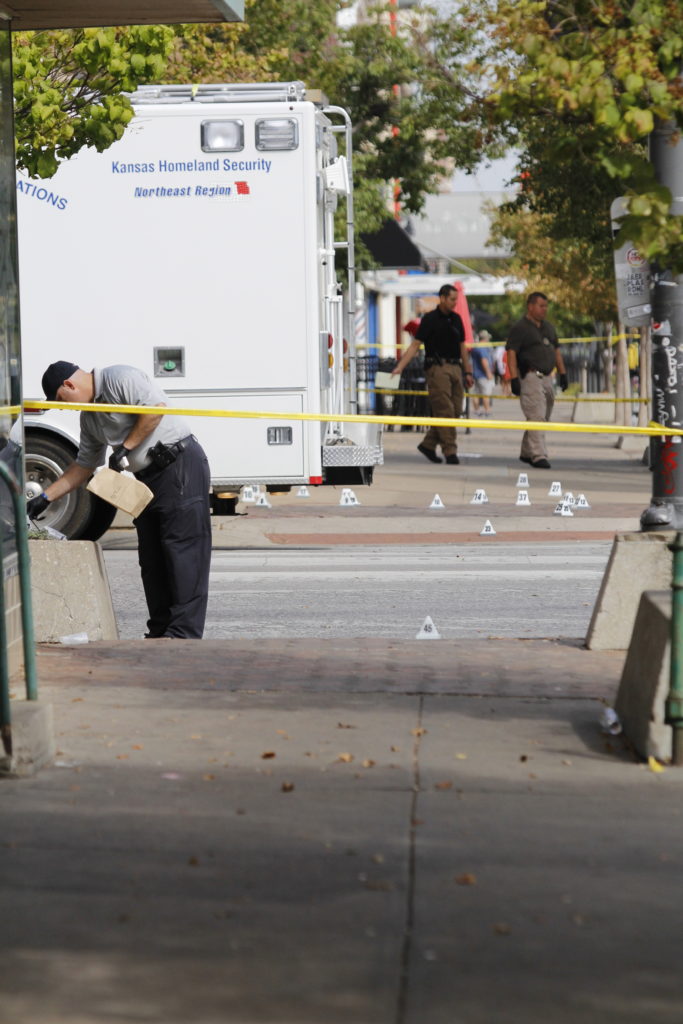 Investigators were busy working the scene of a multiple fatality shooting midday Sunday, Oct. 1, 2017. The entire intersection of 11th and Massachusetts streets was closed while investigators gathered evidence.

Lawrence police emphasized Monday that this weekend’s triple homicide on Massachusetts Street was not the result of a random act.

Rather, whoever did the shooting was targeting someone.

“We do not believe that this is a random act of violence. In fact, we believe that it stemmed from a physical altercation just before,” Interim Police Chief Anthony Brixius said. “We do believe, however, that innocent bystanders were affected.”

The shootings — which killed three people and injured two others — happened about 1:40 a.m. Sunday near the intersection of 11th and Massachusetts streets in downtown Lawrence.

Here’s what police have said so far about the incident:

• Police in the area heard 20-plus gunshots and responded immediately, along with medical personnel.

• Amid a large crowd of people gathered in the area, police found one woman and two men fatally shot. Two other men were injured.

• Those killed were Leah Elizabeth Brown, 22, of Shawnee; Colwin Lynn Henderson, 20, of Topeka; and Tremel Dupree Dean, 24, also of Topeka.

• A fight near the northwest corner of 11th and Massachusetts streets is thought to have led to the gunfire.

• No one was detained or arrested at the scene, as of an hour after the shooting occurred.

• There are “multiple people of interest” in the case, Sgt. Amy Rhoads said, though police are not confirming whether they’ve identified a particular suspect or suspects.

“Investigators are working hard to gather as much information as they can … all of our resources are going into identifying a suspect or suspects involved,” Rhoads said. 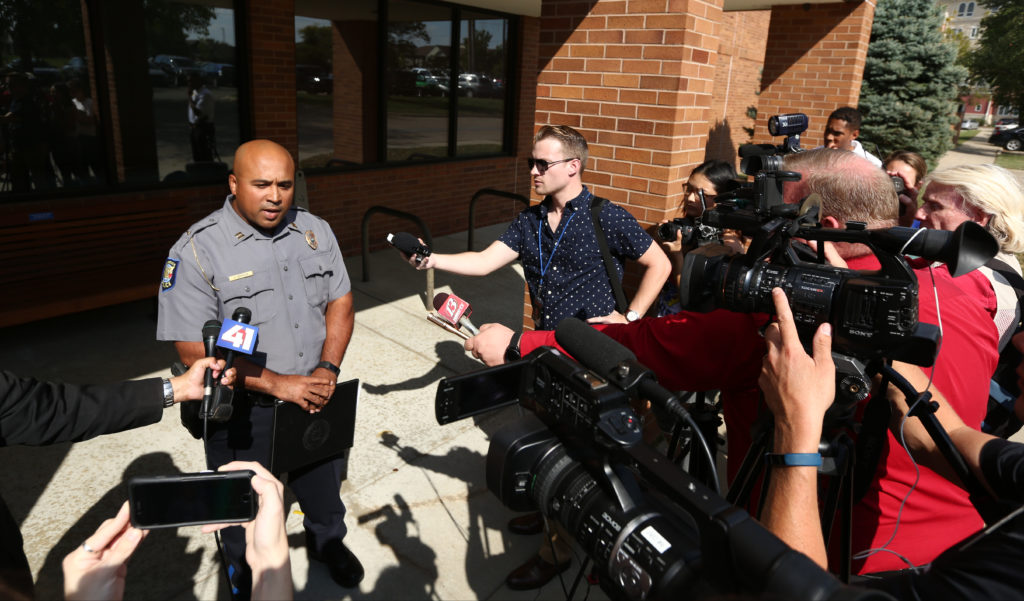 Additional information about the incident that police have not shared includes:

• The locations of victims when they were shot.

• Whether one or more people did the shooting.

• What person or people were being targeted.

• What led to the belief that the shooting stemmed from a fight and who was involved in it.

• Whether the victims knew one another.

• If “innocent bystanders” being “affected” refers to the victims or to people who generally witnessed the traumatic incident.

Police taped off a crime scene encompassing the entire intersection and portions of Massachusetts Street to the north and south of it.

A Journal-World reporter at the scene saw blood on the sidewalk in front of Aladdin Cafe at 1021 Massachusetts St. A man who had been inside a nearby restaurant told the newspaper he ran out after the shooting and saw two victims on the sidewalk not far from Watkins Community Museum on the northwest corner of 11th and Massachusetts, several doors down from Aladdin Cafe.

In a graphic Facebook live video viewed by the Journal-World first responders can be seen administering CPR to at least one man on the corner and tending to another man lying next to him.

Numerous bystanders continue to mill around the corner throughout the ordeal, within feet of first-responders, even as ambulance gurneys are being rolled in.

Brixius said there were multiple groups of people outside when the shooting happened — the same time that many downtown bars are closing for the night.

“In fact we believe there were as many as 100 people in that area,” Brixius said.

Police have received many tips and leads from the public but still are hoping for more.

Oct. 1, 2017 — Lawrence has had 5 homicides since Sept. 1 and city leaders are searching for answers

Aside from two rows of tea candles placed on a wall at the northwest corner of 11th and Massachusetts Street, no signs of the previous day’s violence were still visible around the intersection Monday morning.

The incident marked the city of Lawrence’s third, fourth and fifth homicides this year — all five of which have occurred in a month’s time.

At least in the past 15 years, Rhoads said, Lawrence has never had a triple homicide.

She said a crime “of this magnitude” affects many in the community.

“We want to bring justice to the victims,” she said.