Prep teammates Self and Funtarov squaring off in NCAA Tournament 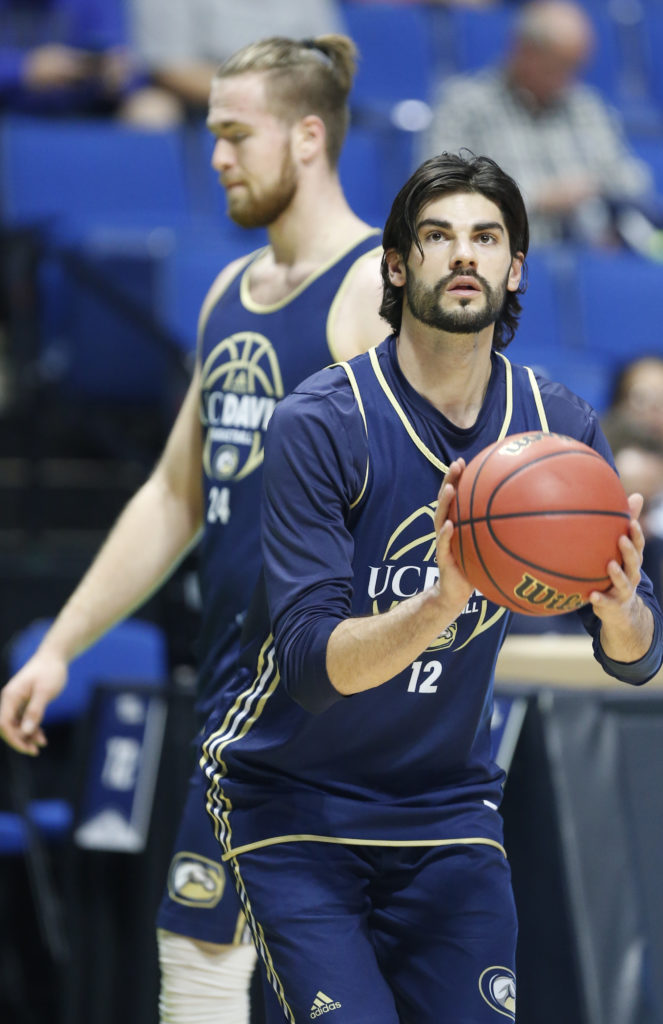 UC Davis forward Georgi Funtarov puts up a shot during a practice on Thursday, March 16, 2017 at BOK Center in Tulsa, Oklahoma.

Tulsa, Okla. ? During some of his down time leading up to Selection Sunday, Kansas senior walk-on Tyler Self and some of his former high school teammates were texting back and forth when someone brought up the possibility of a Free State High reunion in the NCAA Tournament.

The Jayhawks, as a probable No. 1 seed, didn’t know exactly how their bracket would shake out, but with all the projections available online, one of the former Firebirds noticed a 16 seed that stuck out.

“Hey, you could get Georgi,” Self shared of the text that proved to be correct, with former FSHS player Georgi Funtarov’s UC-Davis team landing in the same pod as KU.

The Aggies (23-12) got past North Carolina Central in a First Four matchup Wednesday, allowing Funtarov, who finished his prep career at Lawrence’s Bishop Seabury Academy, to join his team in Tulsa, against Self’s Jayhawks.

“Honestly, it’s the dream matchup for me,” said Funtarov, adding he attended nearly every KU home game during his two seasons of U.S. prep basketball, after moving from Bulgaria, and even hung out and ate at Bill and Cindy Self’s house after practices occasionally, when he and Tyler were teammates.

Like Tyler Self, Funtarov doesn’t get on the court often for the Big West postseason champions. The 6-foot-8 reserve forward has registered a team-low 74 minutes this season, making 12 appearances. Funtarov spends most of his time during games cheering on Aggies stars Brynton Lemar (16.1 points) and Chima Moneke (14.5 points, 9.5 rebounds) from the bench, but he couldn’t be happier about his team’s draw. He will have friends and family members at BOK Center (5:50 p.m., TNT) with rooting interests in both programs. 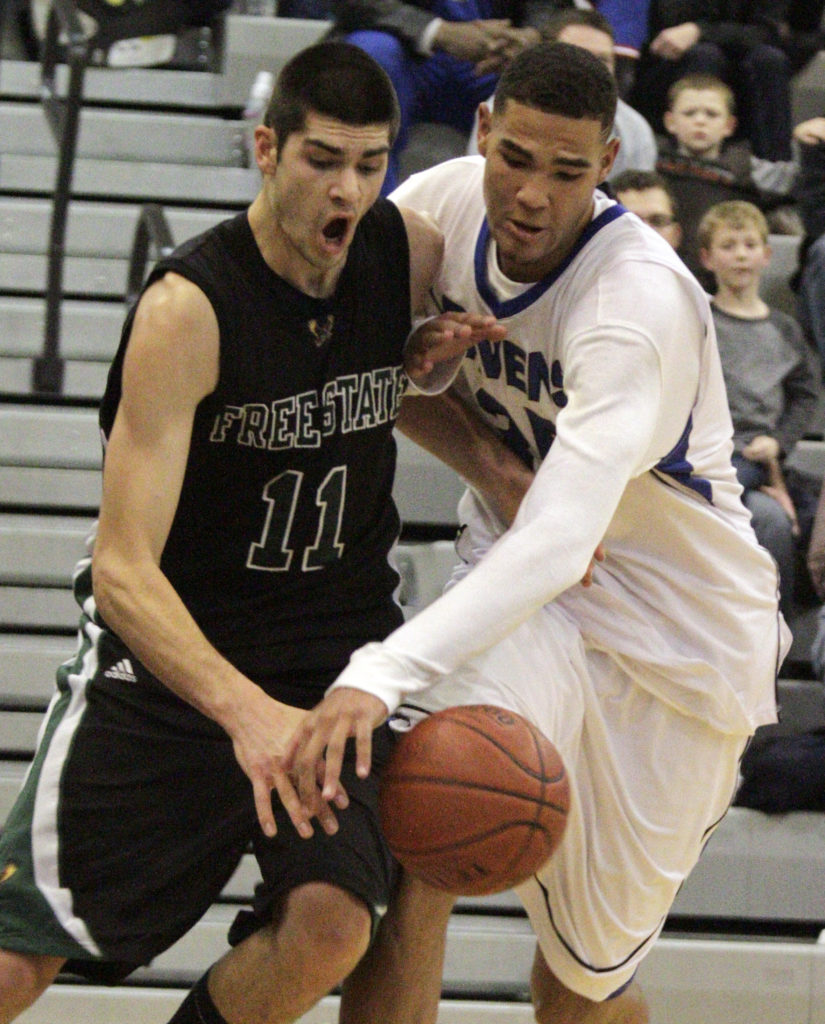 “I’m so happy that we’re playing them,” Funtarov said. “Honestly, they’re one of the best teams in the country, if not the best team. It’s going to be a tough game. But it’s a perfect ending to my senior year — if we lose, or you never know what might happen.”

Self and Funtarov spent one season as teammates at Free State and also played together with the KC Run GMC AAU program. KU’s senior backup said they haven’t kept in touch much since they graduated from high school, but he remembers Funtarov well.

“He was a good player. He was a cool kid. It was kind of tough for him at first when he was just coming over here to the states, but he fit in well with our team,” Self said. “Liked him as a person, liked him as a teammate.”

There is a chance neither will get to check into Friday’s tournament meeting, but that hasn’t dampened either’s excitement level.

“It’s cool that two Free State guys are going to get to go at it,” Self said, “whether we play or not. But it’s cool to have Free State representing in the tournament.”

Self hoped another Firebird, Youngstown State senior guard Brett Frantz, would get a shot at the Big Dance, too. But the Penguins’ season ended in the Horizon semifinals against eventual champion Northern Kentucky.

Self and Funtarov didn’t get a chance to cross paths prior to media sessions Thursday, but both said they planned to catch up prior to tipoff.

Funtarov, who will graduate with a major in communications in June, said it feels “like yesterday” that he sat in Allen Fieldhouse, surrounded by Kansas fans “going nuts.”

Some of those same fanatics will be cheering against his team in the NCAA Tournament, but the mood in the UC-Davis locker room the day before remained optimistic.

“They’re very talented,” Funtarov said of KU, “but we just need to play a great game and play harder than them, and then see what happens. It’s March Madness.”