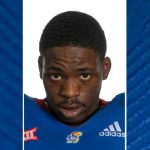 Back when D.J. Eliot worked for the University of Kentucky football program as the Wildcats’ defensive coordinator and linebackers coach, he came across a mostly unrecruited Class of 2015 linebacker from New Jersey.

Four years and two jobs later, Eliot, now in charge of the defense and the outside linebackers coach at Kansas, remembers that prospect, Josh Allen, fondly.

When Eliot thinks about the Allen he first saw as a high school prospect, KU’s coordinator sees a resemblance between the UK player who would go on to become a top-10 NFL draft pick and an incoming freshman who could play for the Jayhawks’ defense this fall.

While describing some aspects of his recruiting philosophy, Eliot said doesn’t focus as much about who he helps his team sign but his evaluation of those players who sign.

Allen, who became the seventh overall pick in the 2019 NFL Draft this past spring, is the ultimate example of how nailing the assessment can pay off for a coach who sees more in a prospect than others.

“We were his only Division I offer,” recalled Eliot, UK’s lead recruiter for Allen. “I mean, Buffalo told him he needed to walk on.”

A lack of interest from other coaching staffs didn’t stop Eliot from pursuing Allen, who ended up receiving a three-star rating from Rivals.

“I recognized the talent in him and we were able to develop him. And there were a lot of guys like that on (UK’s) roster that helped them become the program that they are,” Eliot said of the Wildcats, who finished 10-3 in 2018, Mark Stoops’ sixth season as head coach.

What Eliot saw in Allen was a young athlete with the physical traits to turn into an impactful college football player. Allen was tall and fast, even if he weighed only a little more than 200 pounds.

“And then he was mainly a basketball player,” Eliot said of the young version of Allen, now a 6-foot-5, 262-pound rookie with the Jaguars. “So you could see him in space. So when someone has — and he was a good person and a hard worker. When someone has all of that, then right now you can develop them.”

That will be the plan for Parker at KU, too. And while physically the freshman from Dallas, at 6-4 and 220 pounds, may look like Allen did four years ago, Parker arrives in Lawrence as a far more sought after prospect.

By the time Parker’s superb prep career at South Oak Cliff High wrapped up, he had pulled in 30 scholarship offers, including some from the likes of Nebraska, UCLA, Iowa, Purdue, TCU and Texas Tech.

Thanks to the work put in by KU assistant Emmett Jones, who began recruiting Parker as an assistant at Texas Tech, the Jayhawks were able to win that recruiting battle.

The lone four-star signee in KU’s 2019 recruiting class, Parker was ranked as the 20th best weakside defensive end in the nation by Rivals. KU head coach Les Miles said Parker “wanted to be a part of something special,” and the Jayhawks ended up landing “a very, very fine player and a good person” with Jones’ help.

Now Eliot, who only coached Allen for two years at Kentucky but celebrated his former player’s draft night with him in person this past April, will try to mold Parker into a special player for KU’s defense.

“Steven has a lot of the same attributes. He comes from a good program and I’m very excited to have him,” Eliot said of Parker, who he expects to play outside in KU’s 3-4 scheme.

“He won’t have the bulk for a D-end,” Eliot said of Parker’s frame as a freshman, “but for an outside linebacker he’s not far off. I think he may be able to contribute faster than you realize.”