Construction crews work on the exterior of the Lawrence school district's administrative offices at 110 McDonald Drive. The project is part of a $2.7 million renovation of the administrative facilities.

Although Lawrence students have not been in their classrooms for months, the school district is still working on upgrading school buildings with construction projects this summer.

Tony Barron, the district’s executive director for facilities and operations, recently told the Journal-World that the continued renovation of Lawrence High School and upgrades to the exterior of the school district’s administrative offices are among the largest of those projects.

“Things are moving right along,” Barron said of the summer construction.

Other buildings around the district are undergoing standard maintenance improvements, such as roofing replacements at Broken Arrow and Deerfield elementary schools. Barron said those are normal upgrades, as two or three school buildings get roofing improvements each summer.

But overall, the main projects are those at LHS and the administration buildings, which makes for less construction on school district property this summer than in previous years.

“Things are starting to calm down a little,” Barron said.

The largest project this summer is the continued construction at LHS.

The $46 million project is now in its third phase. Construction crews are working on improvements in “the heart” of the school, which includes the areas where math and social studies classrooms were housed, the Journal-World has reported. That portion of the renovation is expected to be completed by the beginning of the fall semester in August.

Although students finished their 2019-2020 school year learning from home because of the coronavirus pandemic, construction continued at LHS as planned. That helped the project to continue smoothly, as it was expected to reach its deadline in August, Barron previously told the Journal-World. Months later, Barron said that’s still the case.

“We’re pretty close to getting wrapped up,” he said of Phase 3. “For the most part, walls are up, Sheetrock is up and paint is up.” 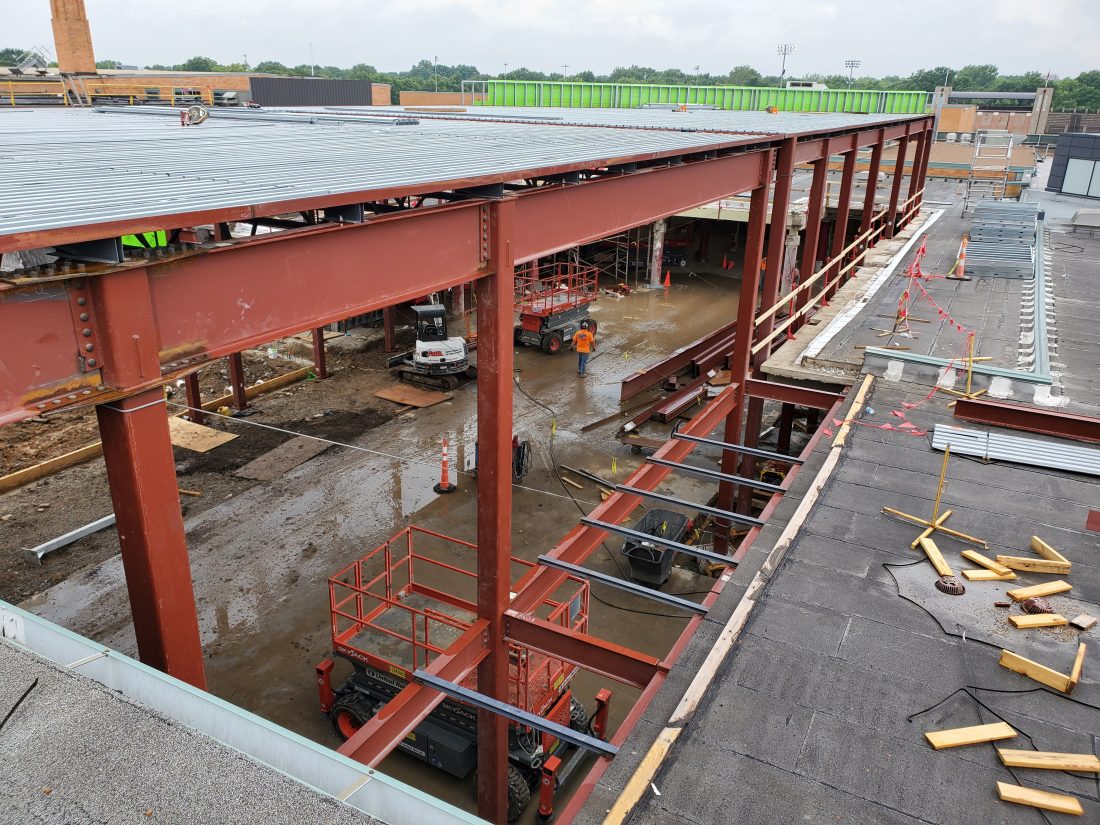 This photo provided to the Journal-World highlights newly installed steel beams raising the roof of the area where Lawrence High School’s library is located. The taller roof is part of the ongoing $46 million renovation project at LHS.

This summer, the construction crews also began Phase 4 of the LHS project, which includes renovations of the library, kitchen and commons area of the school, Barron said. The kitchen renovation is expected to be finished before the fall semester, but other parts of Phase 4 will go into the fall semester. That includes the renovation of what was the library, which has resulted in the library being temporarily housed in the school’s black-box theater until December.

Lawrence residents who drive by the school this summer may notice the work on the library, as a portion of the roof of the school appears to be taller near the center of the building. Barron said that’s because the renovation includes a “pop-up,” allowing the new library to have a higher ceiling than before. He said the library will be taller to allow room for “learning stairs,” which is a study space similar to what Free State High School has at its library entrance.

In February, the school district finished the second phase of the project, opening a southeastern wing of the school, which runs along Louisiana Street. It now features a two-story corridor that connects what was originally an annex building with LHS’ main building.

The first phase, which was completed in the fall of 2019, featured the construction of the school’s new “innovation corridor.” The corridor includes full-size classrooms for visual arts, metals, woods, photography, journalism and other such programs. It also features small breakout spaces for students to do schoolwork, among other renovations.

Much is still ahead within the next year, including improvements to the performing arts wing in the northern part of the school. The overall project is still expected to be completed in August 2021, Barron said. 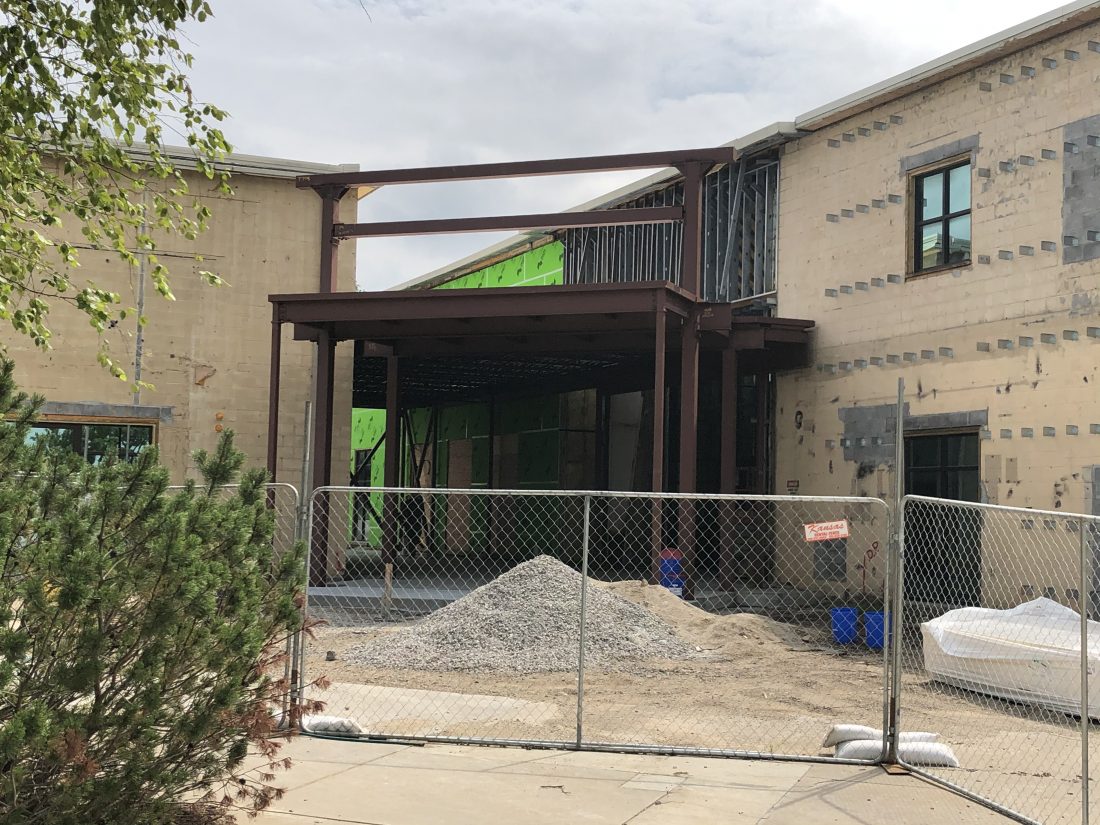 The offices of the school district’s administration are also undergoing changes. However, the ongoing work is scaled down from what the district originally planned.

The school district is currently placing a new exterior on the two administrative buildings and constructing a connecting welcome center corridor between them, which will make them one single building. The improvements address what the district previously called a “failing” exterior, but they also make it easier for visitors to know where they are going, Barron said.

“Basically we’re connecting the two buildings, so when a visitor comes they have one entrance to go into,” Barron said. “This will make it a lot cleaner to get into.”

Further interior renovations in the administrative facilities were planned in the past, but they are not part of the current project.

The Lawrence school board in 2019 originally approved a plan to renovate the interior and exterior of the building that would cost up to $4 million, but early this year it approved a scaled-back version of the plan that mostly focused on the exterior of the two administrative buildings. Barron said the scaled-back project cost the district about $2.7 million.

A majority of the interior renovations that were planned have been put on hold as a second phase of the project. Barron said the school district could continue with Phase 2 of renovation in the future, but it is currently an unfunded project.