An exterior view of the two-story corridor that now connects the former annex building to Lawrence High School’s main building is pictured on Friday, Feb. 7, 2020. The school district will soon open the new wing, which runs along Louisiana Street.

While standing in a newly renovated classroom on the second floor of Lawrence High School, school board member Carole Cadue-Blackwood said it felt like she was somewhere else.

“It’s like a treehouse,” Cadue-Blackwood said, looking out large windows into the trees surrounding the school. “It’s my favorite room.”

On Friday, Cadue-Blackwood and other Lawrence school district officials were touring the newest addition to LHS, which is phase two of an ongoing $46 million expansion and renovation. The southeastern wing of the school, which runs along Louisiana Street, now features a two-story corridor that connects what was originally an annex building with LHS’ main building. 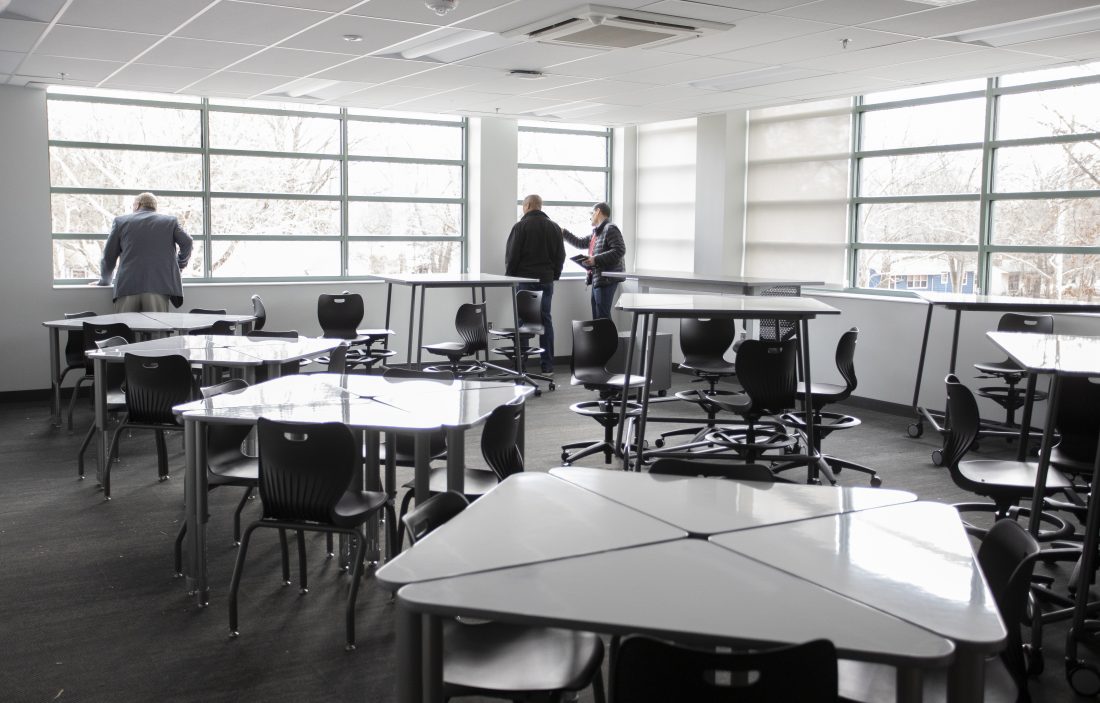 A newly remodeled classroom on the second floor of Lawrence High School features an abundance of natural lighting. School board member Carole Cadue-Blackwood, who graduated from LHS, said it was her favorite renovated room in the building.

Teachers and students will soon be able to use the new portion of the school, said Tony Barron, the school district’s executive director of facilities and operations. He said the school expects to begin using the handful of new and renovated classrooms and other features as early as Wednesday.

“We’re excited to get into the space,” Barron said.

Much like the first phase of the project, which was completed in the fall, the renovated southeastern wing features many windows that allow an abundance of natural light. The wing will mainly be used for science, social studies and math courses, and it will also house some special education classrooms. It includes new faculty lounges and some small work spaces, as well. 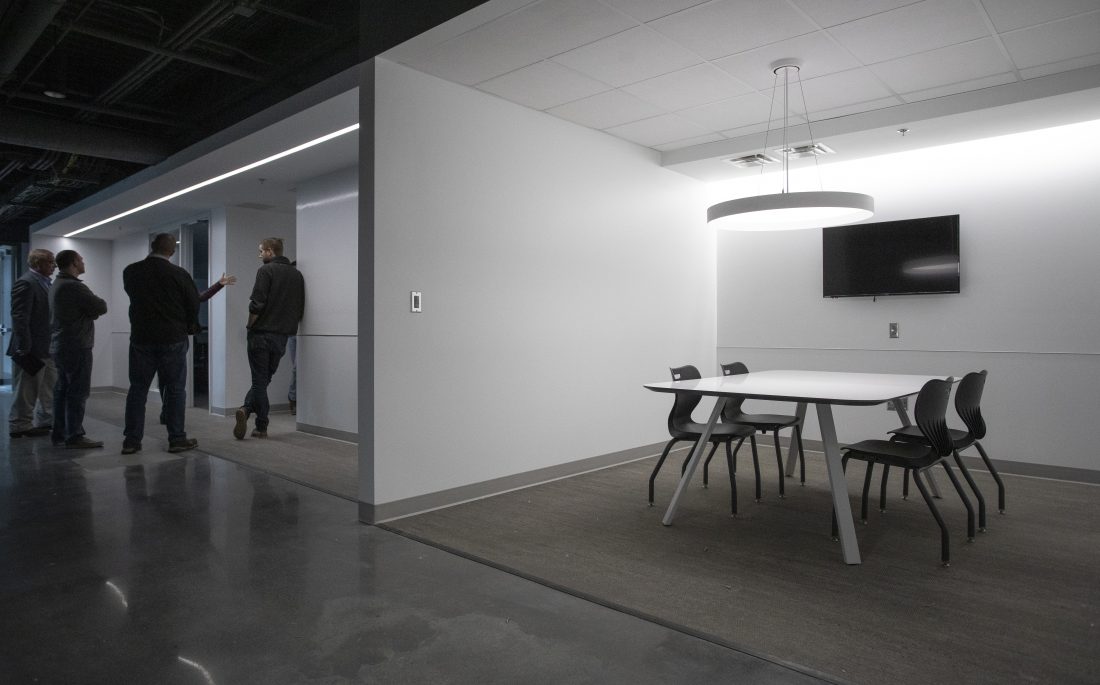 A Learning Pocket, located in the hallway of a new wing in Lawrence High School, provides a small work space for students. The wing, which will open soon, connects the LHS’s former annex building to the main building.

Along with Cadue-Blackwood, board members Shannon Kimball and G.R. Gordon-Ross said they were impressed with the new look.

“It exceeds my expectations,” Kimball said. She thought the natural lighting would provide a more comfortable setting for students.

With the phase two of the 27-month construction project finished, C.J. Armstrong, a Gould Evans architect working on the project, said the vast majority of new construction at the school has been completed.

The rest of the project will mostly focus on renovating existing areas of the school. However, there are still some parts that will involve new construction, such as filling in an area between the school’s main gym and the foreign language hallway to provide more locker room space, Armstrong said. 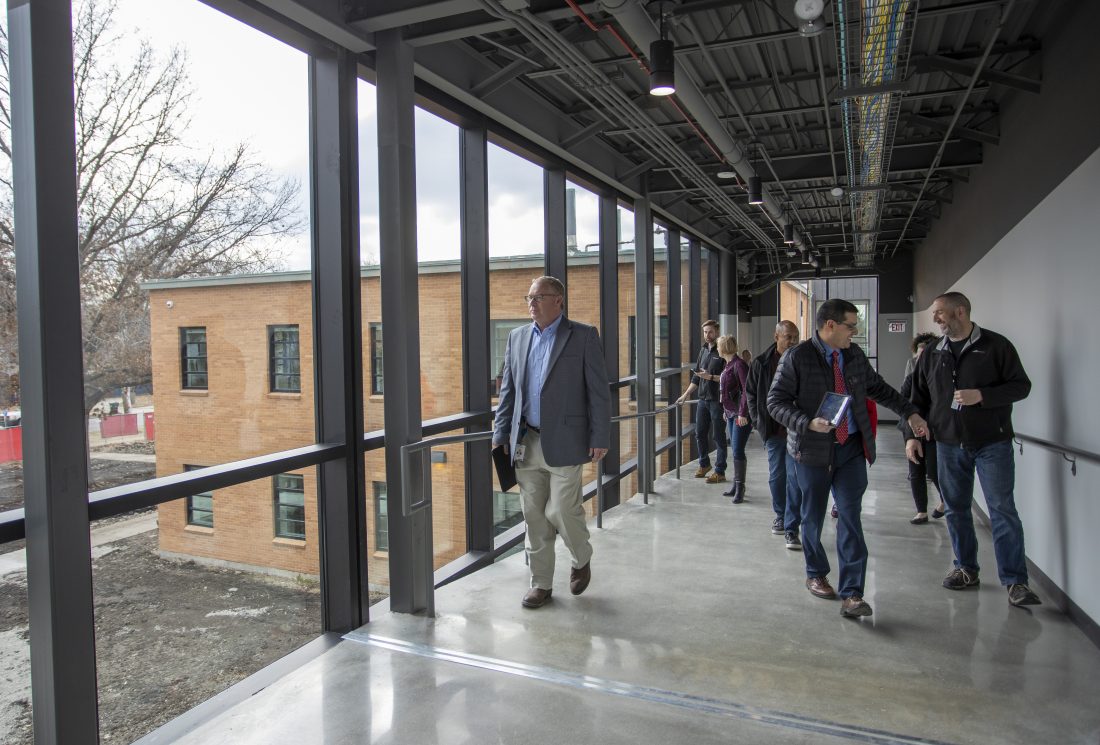 Barron said there are five more phases of the project remaining, and two of those are scheduled to begin in the next few months.

Phase three of the project is expected to begin shortly after the teachers and students move into the southeastern wing, Barron said. That phase will include renovating the “heart” of the school, which includes the areas where math and social studies classrooms are currently housed. Phase three is expected to finish sometime in the summer, before the beginning of the 2020-2021 school year, he said.

Phase four is expected to begin after Memorial Day and to last until the end of the fall 2020 semester. That phase includes improvements to the library, kitchen and commons area, as well as a renovation of the school’s west gym, Barron said.

The completion of the first phase of the project was delayed because of the discovery of additional asbestos and issues from severe weather, including electrical complications associated with the May 2019 tornado. The delays caused the school district to push back the start of the current school year for both high schools by six days.

“Mother Nature is what Mother Nature is, but the likelihood that we run into the same issues we ran into last year is much less,” Gordon-Ross said. “It’s a different situation all around.”

As for the remainder of the project, Barron said it is still on track to be completed by August 2021.

“We’re excited about the next two phases and we’re really comfortable (with) where we’re at,” he said. 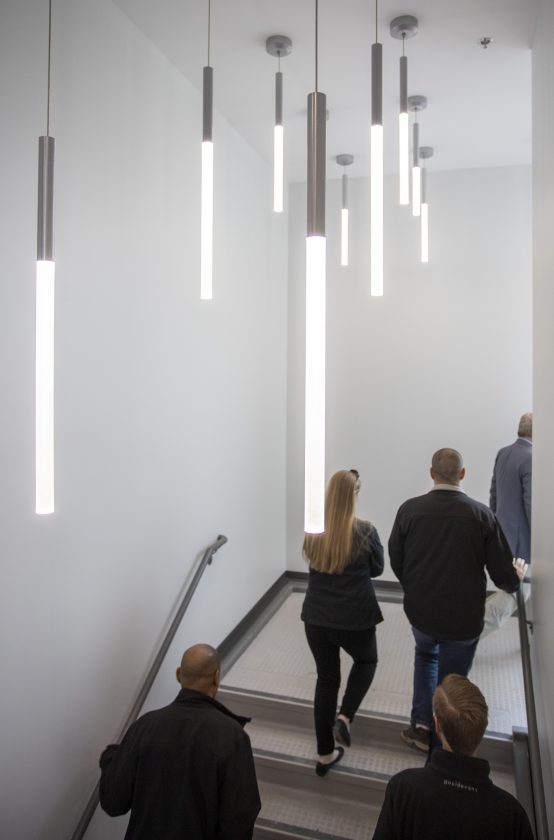 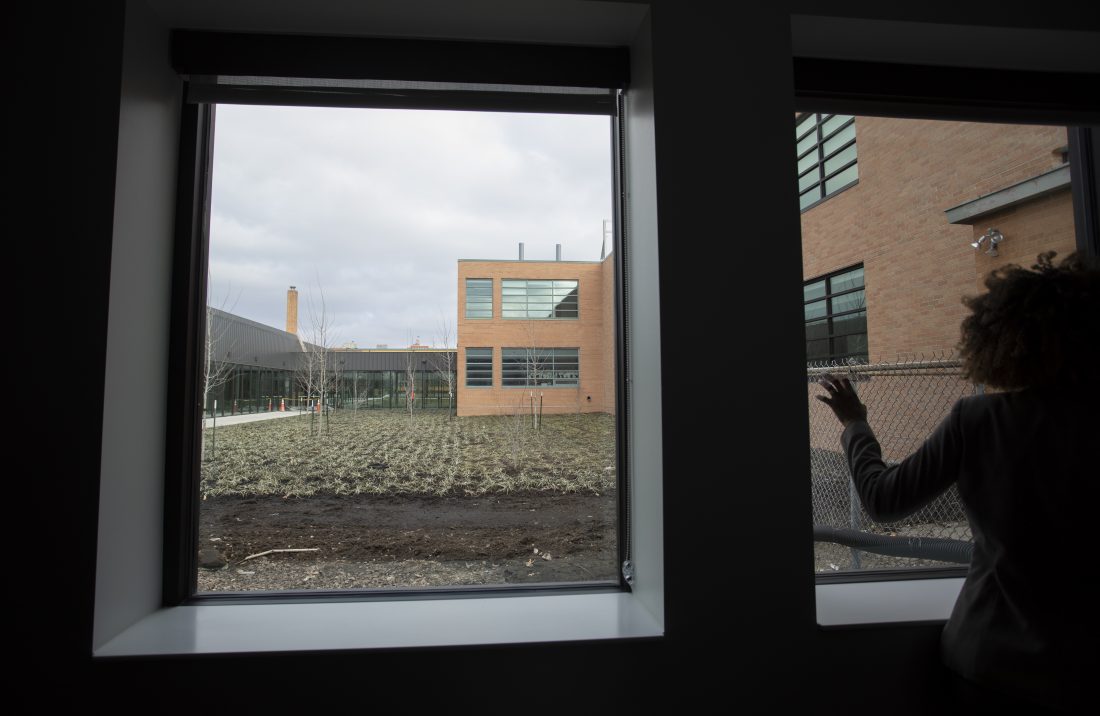 A view to a courtyard area on the south side of Lawrence High School can be seen from one of the newly renovated classrooms in the school’s former annex building. 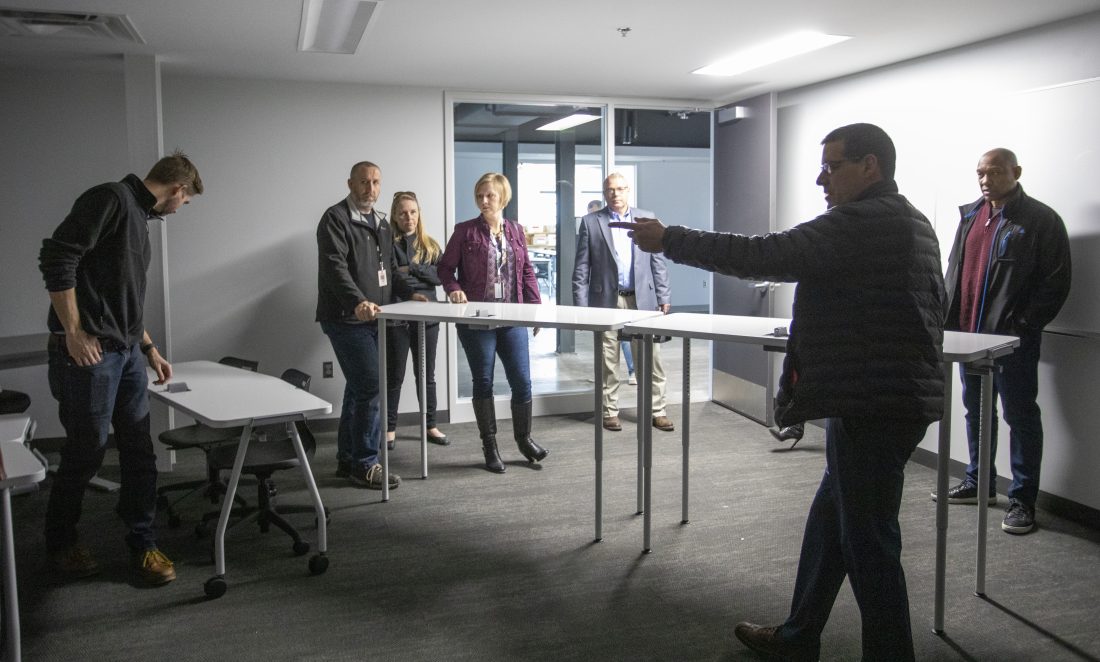 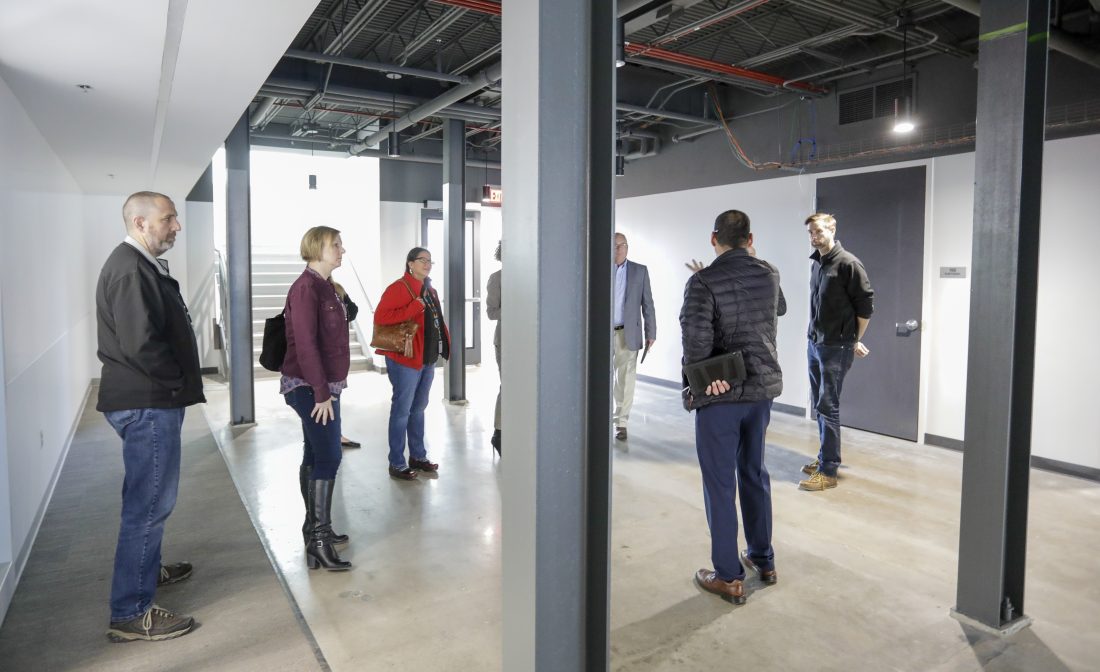 Lawrence school board members and other school officials begin a tour of the recently completed second phase of a $46 million renovation project at Lawrence High School. Several remodeled and new classrooms and faculty facilities will open soon.