Carole Cadue-Blackwood, who successfully led the effort to change the name of a Lawrence middle school to honor Native American heritage, has filed to run for the school board.

If elected, she said she hopes to continue to address achievement gaps between races and ethnicities in Lawrence Public Schools. She also wants to help implement the five-year strategic plan that district leaders are currently shaping.

“As a social worker, I want to improve outcomes for students in addition to improving emotional and social well-being,” she said. “It’s not just about test scores; we want to raise happy, productive humans.” 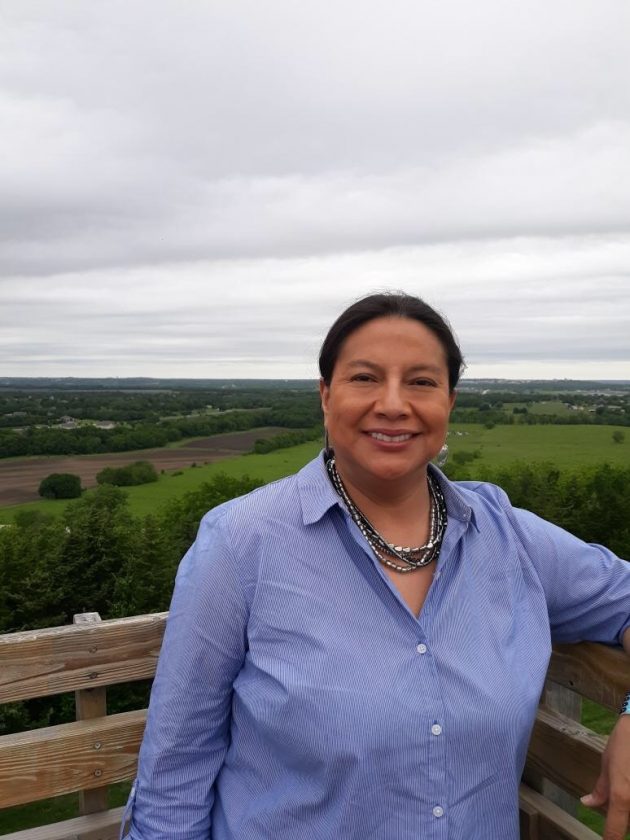 Cadue-Blackwood, 45, has lived in Lawrence since she was 5 years old. Her family moved to town when her mother wanted to go back to school and continue her education, Cadue-Blackwood said.

She graduated from Lawrence High School in 1992 and married her high school sweetheart, Dennis Blackwood. She got an associate degree from Haskell Indian Nations University and a political science degree from the University of Kansas, she said. She took some time off from school to raise her children — a son and two daughters — and later returned to school. She graduated from KU last week with a master’s degree in social work.

In August 2017, Cadue-Blackwood sparked a campaign to change the name of then-South Middle School to reflect the area’s Native American heritage, history and diversity. On Feb. 26, 2018, the school board approved changing the name to Billy Mills Middle School in honor of the Olympic gold medalist and Haskell track standout. 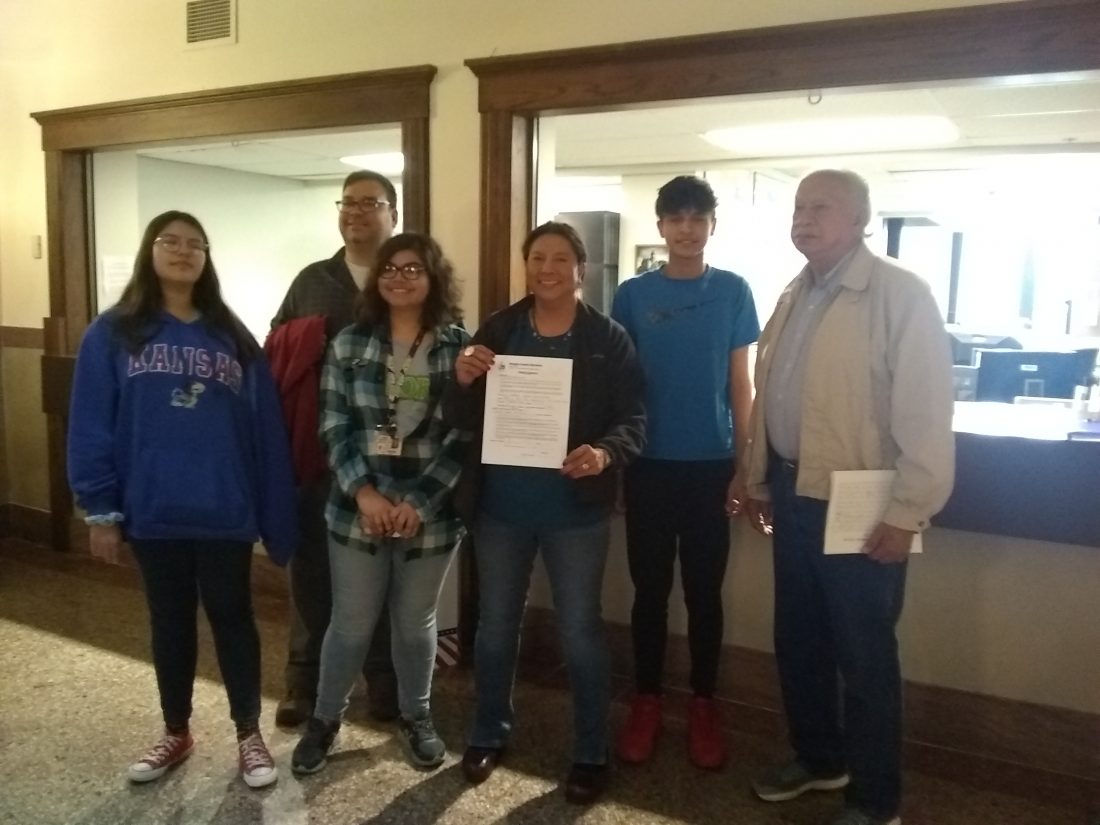 Carole Cadue-Blackwood, center, stands with family members on May 1, 2019, after she filed to run for the Lawrence Board of Education.

She’s learned how to form collaborative relationships with groups and institutions, Cadue-Blackwood said, and she thinks that skill would be beneficial to the school board — “collaboration is key.”

In addition to pursuing her graduate degree, Cadue-Blackwood has been volunteering with the Willow Domestic Violence Center and completing a clinical practicum with the Kansas City Veterans Administration, she said.

“I just want to build a better community for our kids — it’s pretty simple,” Cadue-Blackwood said.

Cadue-Blackwood received the Parent of the Year Award from the National Indian Education Association in October, the Journal-World reported.

Four at-large positions on the Lawrence school board are up for election this year, and a primary will only be necessary if more than 12 candidates file. The deadline to file or withdraw from the race is noon Monday, June 3.