Leavenworth man charged in connection with shooting at Lawrence McDonald’s 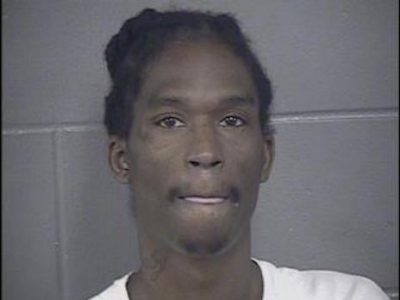 A Leavenworth man was formally charged Thursday afternoon with two alleged crimes in connection with an Oct. 25 shooting that injured a man at a Lawrence McDonald’s.

Lawrence police were dispatched to the reported shooting at 6:25 p.m. Saturday, Oct. 25, to the McDonald’s at 1309 W. Sixth St. A 50-year-old man had been shot and suffered “significant” injuries, police said, and he was taken to an area hospital. By the following Monday, the man was expected to make a full recovery, and he has since been released from the hospital.

Levite was arrested on an unrelated matter Friday, Nov. 1, in Jackson County, Mo., the Journal-World reported. He was booked into the Douglas County Jail Wednesday morning, and his bond was set at $75,000 cash or surety.

Prosecutor C.J. Rieg told Judge Pro Tem James George that Levite has a criminal history score of “A,” meaning he has been convicted of three or more person felonies in the past. She said those convictions included attempted robbery, and she requested that his bond remain at $75,000.

Given the opportunity to address his bond, Levite told the judge he understands that these are serious charges but he is not a flight risk and he’s not going to run. He said his daughter is going to be born next month, and he’d like his bond to be reduced.

However, George agreed with Rieg and said he thought the bond was reasonable. If Levite does make bond, he is not to have contact with any victims or witnesses.

The Journal-World has requested Levite’s recent booking photo from the Douglas County Sheriff’s Office Thursday afternoon, but the request was denied Friday morning.