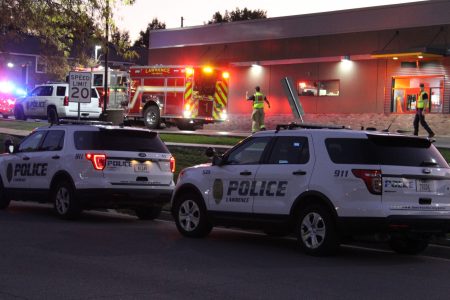 Lawrence police are seeking a suspect in connection with a shooting that injured a 50-year-old man Saturday night, according to a news release from the department.

The man had been shot in his car, police said in the release. He was treated at the scene and taken to an area hospital with “significant” injuries. His condition was unknown as of 8:55 p.m. Saturday, according to the release.

Scanner traffic indicated the shooting may have been connected to a robbery or attempted robbery. First responders could be seen working in the area of the drive-thru, which is on the east side of the building, near Arkansas Street.

Police are looking for a suspect described as a black male wearing a red hoodie and red sweatpants and carrying a black bag or backpack in connection with the shooting, according to the release.

Police ask anyone with more information about the incident to call Crime Stoppers at 785-843-TIPS (8477) or the Lawrence Police Department at 785-832-7509. Tips to Crime Stoppers can be anonymous. 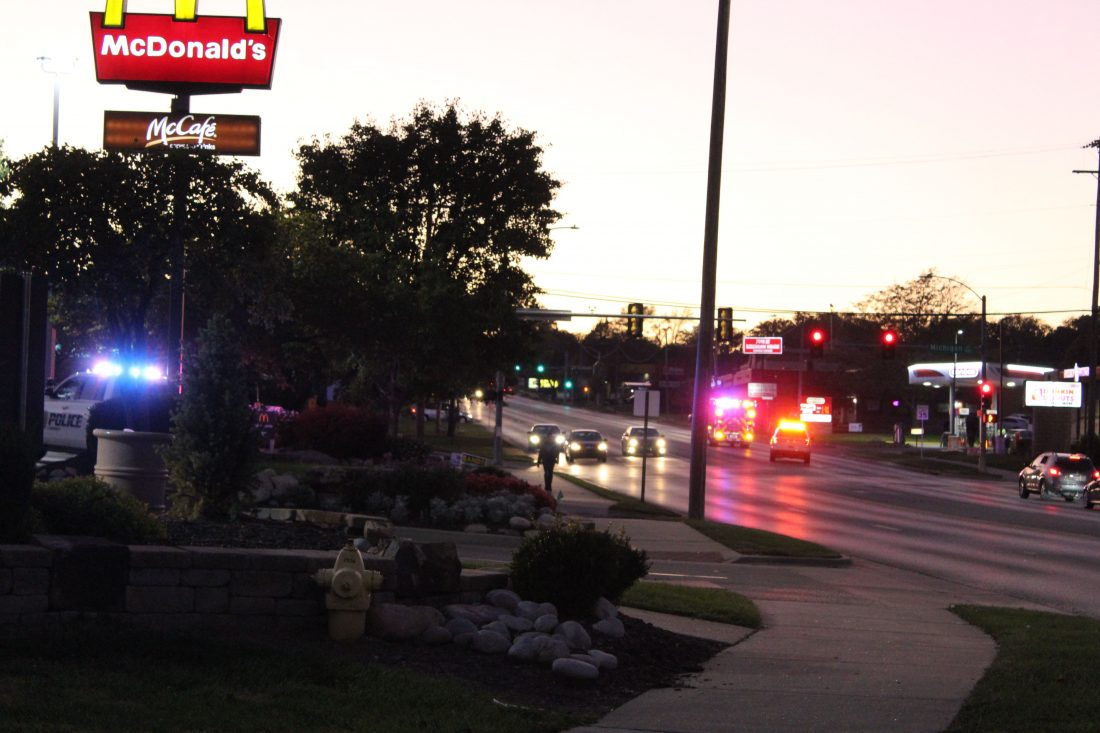 An ambulance, followed by a police cruiser, heads westbound on Sixth Street from McDonald’s, 1309 W. Sixth St., on Saturday, Oct. 26, 2019. First responders were called to the restaurant after reports of a shooting.