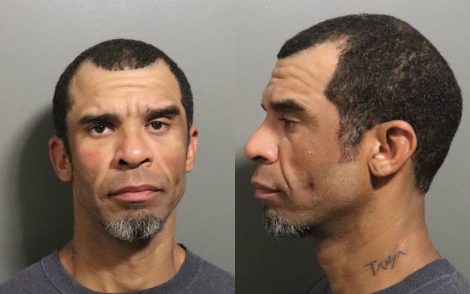 A Lawrence man reportedly told police that child pornography they allegedly found on his devices was not for arousal, but rather “as a form of art,” according to court documents.

Charles R. Tingler Jr., 46, was charged Sept. 17 with two counts of sexual exploitation of a child — midlevel-severity felonies. He is also facing a charge in a separate case for alleged interference with law enforcement at the time his warrant was served.

The Journal-World requested and recently received the police affidavit supporting Tingler’s arrest. Allegations in affidavits have not been proved in court, and defendants in criminal cases should be presumed not guilty unless and until they are convicted.

A woman called police around 6:10 p.m. June 7, 2016 and reported that she’d found possible child pornography on Tingler’s electronic devices. The woman had a Polaroid tablet and a pencil bag containing flash drives, SIM cards and other electronic storage.

The Lawrence police officer wrote in the affidavit that when he turned the tablet on, he saw a photo of two fully nude girls who “appeared to be obviously under the age of 18.” The tablet held 10 or more files that were timestamped to have been downloaded that morning.

The woman told the officer that Tingler “has an irregular sleep schedule due to methamphetamine use,” and he was sleeping in the front seat of a vehicle parked in the driveway when police were speaking with the woman, the affidavit says.

Tingler reportedly told police when they woke him up that the images on the devices belonged to the previous owners. However, the images had been downloaded recently.

In a forensic analysis of the devices, a detective reportedly found internet searches using the terms “Lolita,” “kiddy” and “preteen,” according to the affidavit. There were also images of young girls “engaging in sexually explicit conduct.”

In an interview with police on Oct. 28, 2016, Tingler reportedly told police that he had used the devices to search for “non nude preteen” models, and that he “equated the access of the imagery to an appreciation for the imagery as a form of art or curiosity.” He denied accessing the images for sexual arousal, the affidavit says.

“Charles mentioned a curiosity in models that had been ‘followed’ over the course of their lives from the time they were ‘young’ to the age of adulthood,” the affidavit says.

It is not clear from court documents why so much time passed between when the officer signed the affidavit on Nov. 6, 2016, and when charges were filed against Tingler. However, court records indicate Tingler was involved in other criminal cases around the same time.

Tingler’s next court appearance is an arraignment scheduled for Tuesday. He waived his preliminary hearing and his appointed defense attorney, Joshua Seiden, told the judge on Oct. 8 that he was hopeful both Tingler’s cases could be resolved with plea agreements.

Seiden did not immediately respond to the Journal-World’s email seeking comment for this article Friday.