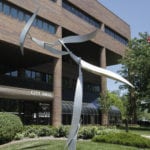 After Lawrence city commissioners objected to what they said were secretive focus groups for the development of the Downtown Master Plan, information will be made public about the previously invitation-only meetings.

Commissioner Leslie Soden brought up the concern at the commission’s meeting Tuesday evening, saying that she’d learned of the focus group meetings only the night before when talking to people following the first community workshop to gather feedback for the master plan.

Soden said that the secretiveness tainted the whole process and that she could not in good faith tell the public that the city had an open and transparent downtown master planning process until changes were made. She asked that those invited to the focus group meetings and the meeting notes be made public and that future meetings be publicized and open to observers.

“They should be open to observers — that would make them transparent,” Soden said. “The fact that no one even knew about them just made them look weirdly secretive.”

Soden said she initially heard about a focus group related to downtown art and events and was later told by city staff that other focus groups existed, including one for developers. Soden said city staff also told her that the focus groups were invitation-only and closed to the public so that attendees could be more open in their comments. However, Soden noted that an online survey was already available where respondents could keep their comments anonymous.

In August, the City of Lawrence hired Houseal Lavigne Associates to help complete the Downtown Master Plan, which will shape the future of downtown Lawrence for the next 15 to 20 years. The plan will replace guidelines that have not been updated in 20 years and will cover topics such as land use, development, building heights, parking, transportation, infrastructure and streetscapes. Houseal Lavigne has been hosting a series of community workshops this week and is also conducting the focus groups.

Soden’s fellow commissioners indicated that they shared her concerns and agreed that the process for the focus groups should change, to which City Manager Tom Markus said he understood the concerns and would make changes.

Specifically, Mayor Lisa Larsen said she had also heard about the focus groups following the first community workshop and was concerned those meetings were not included in the list of meetings publicized about the Downtown Master Plan. Larsen said she agreed that it came across as very secretive.

“This had the appearance of being hidden, and that’s the part that I really struggle with and I think is wrong,” Larsen said. “I’m glad to hear that that’s changing.”

Larsen said she thought focus groups had an important role when the city was developing such plans and noted that the development of the master plan for the Parks and Recreation Department also had focus groups. But she said those aspects needed to be known up front and publicized.

Commissioner Matthew Herbert added that he thought being more open about the focus groups was particularly important because the consultants were hired with public dollars.

“It’s a very public process and it’s going to be public dollars, likely, that will be spent to enhance the downtown ultimately,” Markus said. “I’d err on the side of overexposure rather than under.”

The city issued a news release Wednesday morning apologizing for the methods used related to the focus groups. The release states that the comments from the commission and the public were appropriate and that in hindsight the focus group meetings lacked transparency. Assistant City Manager Diane Stoddard stated that she took full responsibility for the error.

“This master plan is extremely important for the future of our downtown and we want to engage input from everyone,” Stoddard said.

The youth focus group, a communitywide workshop and a workshop for downtown businesses owners and developers were previously scheduled to take place Wednesday and Thursday, but were canceled Wednesday afternoon due to weather. The release states that the city is working with Houseal Lavigne Associates to enhance and expand future community outreach and public engagement and that information would be released soon regarding those efforts.