Broken Arrow Elementary School will have a new leader next school year.

The Lawrence school district announced in a news release this week that Brian McCaffrey, current principal of the school, plans to retire effective June 30, pending Lawrence school board approval.

The district said it would immediately begin searching for the next principal for the school, which serves 282 students in grades K-5.

McCaffrey has served 24 years with the school district, with the last 14 years as the Broken Arrow principal.

“The past 14 years at Broken Arrow have been amazing,” McCaffrey said in the news release. “I walked into having an outstanding staff that knows and does what is best for all students. I have been blessed to have worked with such professional staff members who care deeply for each other and for the students.”

McCaffrey previously served as an assistant principal at Liberty Memorial Central Middle School and as a physical education and health teacher at Southwest Middle School. Both schools were junior highs at the time. McCaffrey also served as a school administrator and educator in Topeka, contributing to a 30-year career in public education.

“I thank all of the staff I have worked with along the way and the administration for always supporting our needs at the building level,” he said. “I will cherish the connections and relationships I have built during the past 30 years.”

Superintendent Anthony Lewis congratulated McCaffrey on his upcoming retirement and commended him on the environment at Broken Arrow.

“Broken Arrow is a tight-knit school community, and that doesn’t happen by accident,” Lewis said in the news release. “Brian’s leadership and the strong relationships and mutual trust he has built over the years have led to a camaraderie among staff and school families.” 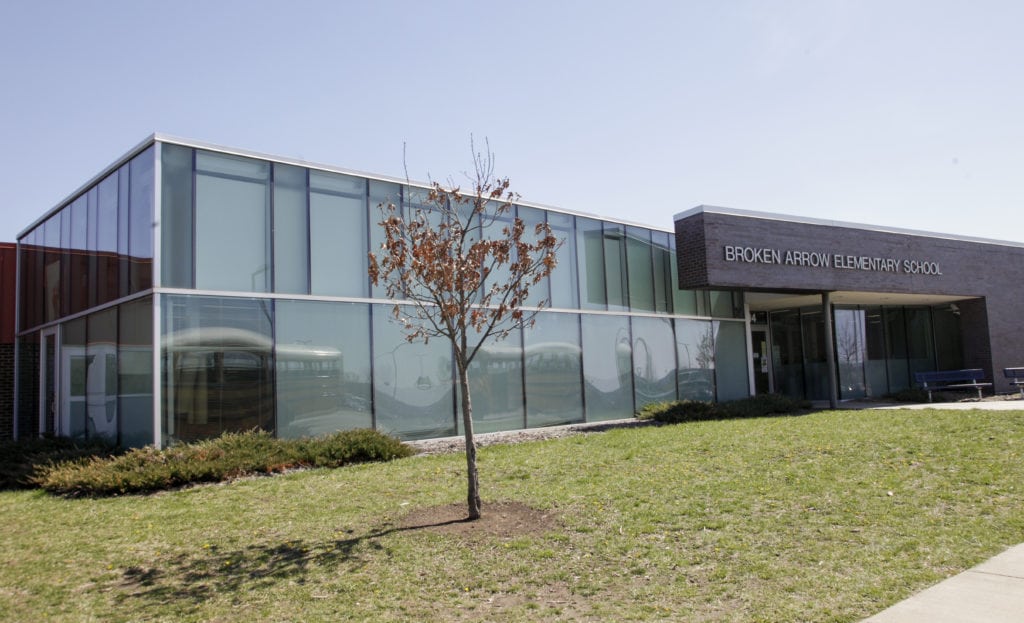 Broken Arrow is the third Lawrence school so far that will have a new principal next school year.

The district is currently searching for a new principal for Quail Run Elementary to replace the current principal, Michael Koonce. Koonce announced in November that he would leave the position to become the director of administrative services for the Greenbush Resource Center in Lawrence.

Additionally, the district recently hired Miah Lugrand to serve as the new principal for Pinckney Elementary. She will replace former principal Kristi Hill, who resigned from the position in September 2019.