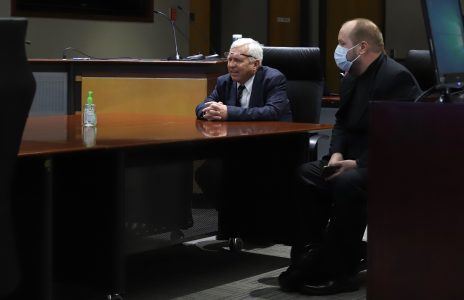 Attorney Philip Sedgwick, left, addresses the City of Lawrence’s Bodywork Advisory Board on behalf of his client, Shawn P. O’Brien, right, on March 18, 2020.

The city’s Bodywork Advisory Board on Wednesday voted 4-1 to uphold the city clerk’s decision to suspend the license of Shawn P. O’Brien, a Lawrence massage therapist who has been charged with a child sex crime.

Though O’Brien has not been convicted, City Clerk Sherri Riedemann wrote in a memo in the board’s agenda that the charge against O’Brien, aggravated indecent liberties with a child, was a serious one, and if convicted it would result in him losing his license.

During the brief meeting at City Hall, O’Brien, 48, appeared with his attorney, Philip Robert Sedgwick. No other members of the public were in attendance. The four licensed bodywork board members all attended the meeting virtually via video; the city-at-large member was there in person.

Sedgwick told the board during the brief public comment period that he and his client believe the evidence will show that he has not committed a felony, and that O’Brien was willing to restrict his practice for the time being and not provide massages for children. He said there will be a trial that will “get to the bottom of whether anything has or has not happened.”

“But we emphatically deny at this time that he committed a felony, and clearly he has not been convicted of a felony,” Sedgwick said.

O’Brien, who wore a mask over his face, declined to comment for the board. 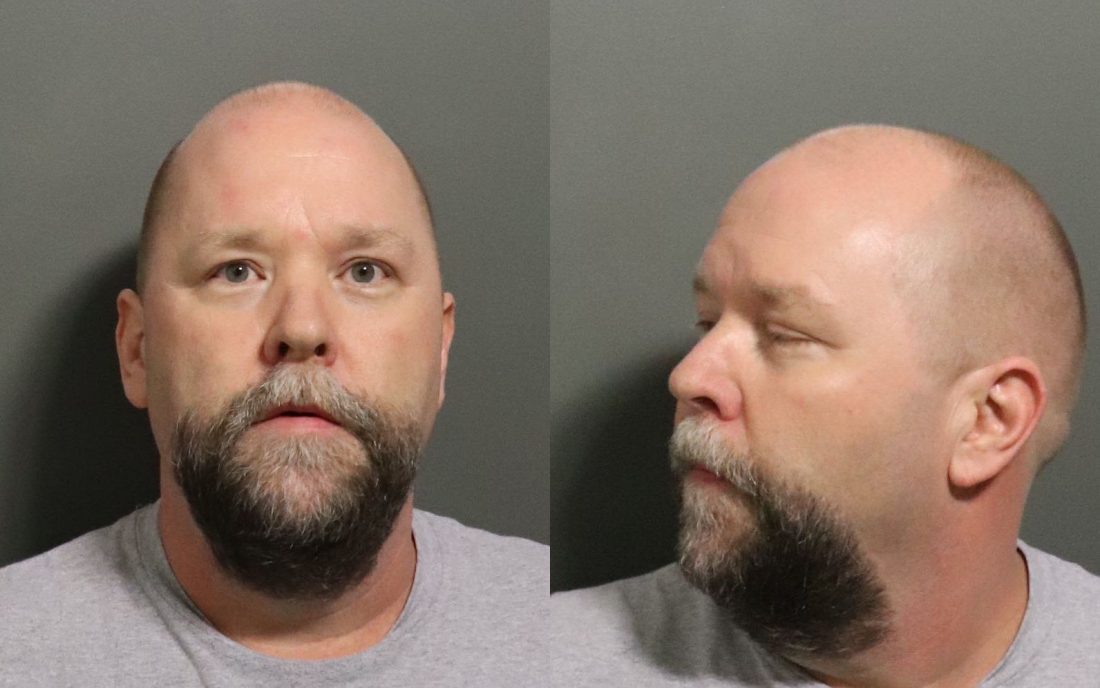 Four of the board members had little discussion and were quick to uphold Riedemann’s decision. Paula Schumacher said she didn’t have the expertise that the other members did, and she’s “just an at-large member,” but she disagreed with the suspension.

“It can put a person out, and we’re not here to judge him — that’s what the court is for,” Schumacher said, noting that O’Brien was willing to make changes to his business practice.

However, the board voted 4-1 to uphold the license suspension. If O’Brien is not convicted of the charge, city staff has the authority to reinstate his license.

O’Brien was booked into the Douglas County Jail on Feb. 7 and released the same afternoon on $25,000 surety bond, the Journal-World has reported. He was formally charged on Feb. 21.

The Journal-World reported March 1 that a girl had accused O’Brien of touching her sexually on multiple occasions under the guise of giving her a massage. 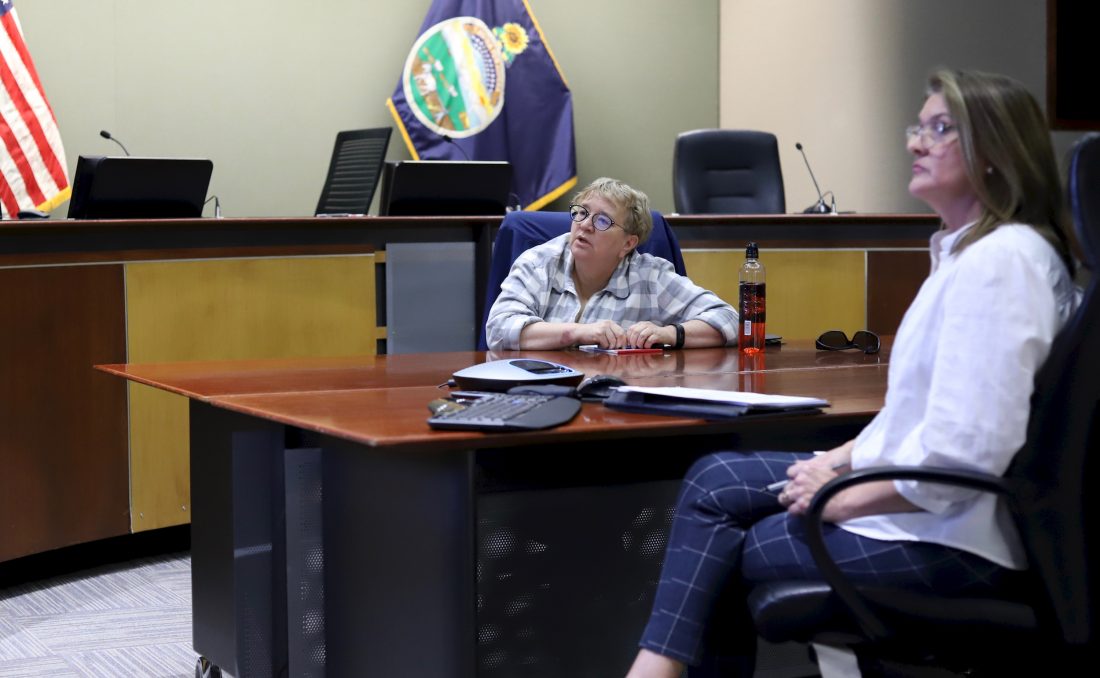 Bodywork Advisory Board member Paula Schumacher, at center, speaks to the other members of the board who attended a meeting via video on Wednesday, March 18, 2020. Lawrence City Clerk Sherri Riedemann is pictured in the foreground.

In the days shortly thereafter, the city issued the summary suspension of his license, and the University of Kansas launched an investigation because O’Brien had contracted with multiple Kansas Athletics women’s teams.

Sedgwick spoke briefly with the Journal-World after the meeting.

“I’ll just say I think it’s sad that we don’t presume innocence,” he said. “Somebody says something, and that’s enough for everybody to make up their minds.”

O’Brien’s court case was set for a preliminary hearing on May 20; however, given the uncertainty surrounding the coronavirus pandemic, it was not immediately clear Wednesday whether that hearing date will be kept.

• March 1, 2020: Lawrence masseur masked molestation as massage, told girl she was ‘lucky’ to get one free, affidavit alleges

• Feb. 7, 2020: Lawrence man arrested on suspicion of aggravated indecent liberties with a child