The poles of a tipi are pictured on the Haskell Indian Nations University campus on Saturday, May 9, 2020, after an overnight fire destroyed the structure. The tipi was built to honor Haskell's graduating class.

A Captain America mask reportedly found in the burnt remains of a tipi at Haskell Indian Nations University helped investigators link a suspect to the fire, according to court documents.

The tipi, as the Journal-World has reported, had been put up to honor the graduating Class of 2020. A member of that class also told the newspaper the tipi was used at the beginnings of school years to welcome students. Though some had speculated that the incident could be a hate crime, court documents available to the Journal-World do not support that as a motive.

Ryan Adam Sekayouma Simpson, 32, of Lawrence, was arrested a few days after the fire following an investigation by Lawrence-Douglas County Fire Medical. The department had help from Haskell campus security, the Lawrence Police Department, Federal Bureau of Investigation and the Bureau of Alcohol, Tobacco, Firearms and Explosives. Simpson was charged May 15 with arson, a felony, and two counts of misdemeanor criminal trespassing.

The Journal-World requested and recently received the probable cause affidavit supporting Simpson’s arrest by Lawrence police. Allegations in affidavits have not been proved in court, and defendants in criminal cases should be presumed not guilty unless and until they are convicted. 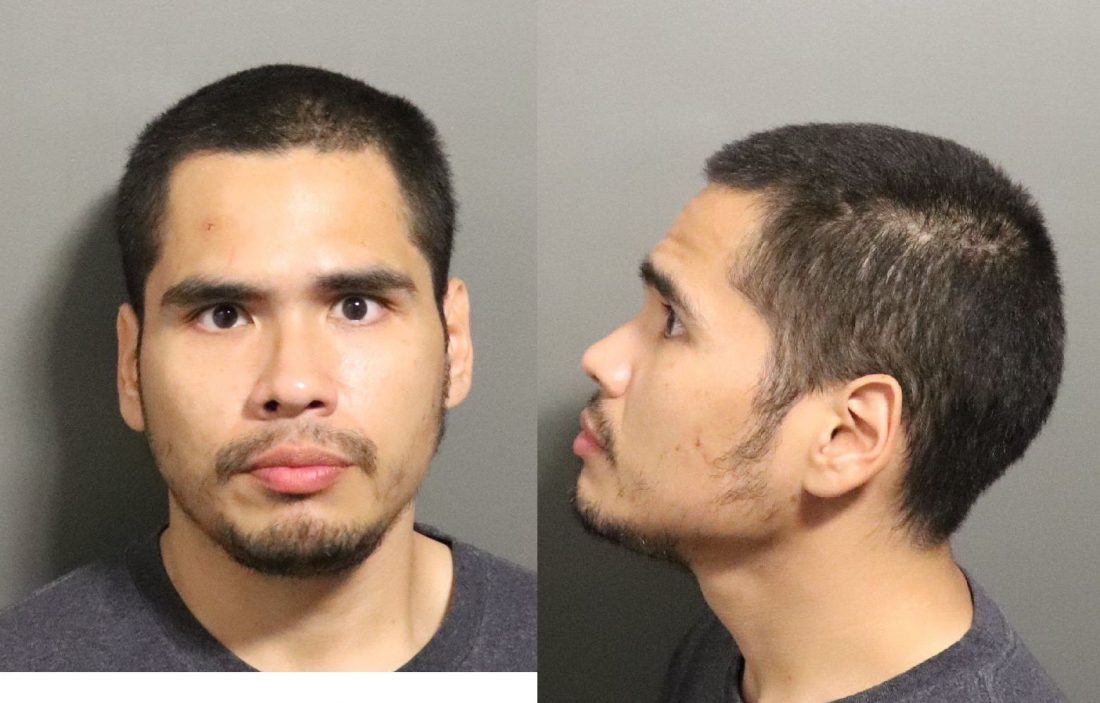 Lawrence-Douglas County Fire Medical responded to the fire call at 4:36 a.m. Saturday, May 9, and extinguished what was left of the flames. The first responders were unable to determine the cause of the fire, so they called one of the department’s fire investigators to the scene.

Surveillance video from the university reportedly shows a person walking east toward the tipi area at 3:53 and leaving at 3:59 a.m., but investigators could not make out a description of the person from the video.

The fire investigator observed that the canvas of the tipi was mostly burned and the wood poles were charred from the fire. Then he noticed a cardboard Captain America mask within the burned remains, according to the affidavit.

Haskell personnel told investigators about a person recently trespassing in the cemetery on campus and a burglary reported at a nearby church. Just more than a week prior, around 3 a.m. on April 28, Haskell security personnel had reported that a Native American male was remaining on campus while the campus was shut down and they wanted him removed, the affidavit states.

Officers reportedly found Simpson there and asked him to leave, but he refused and used a lighter in an unsuccessful attempt to start the brush on fire, the affidavit says. Simpson was arrested on suspicion of criminal trespassing and later released from the Douglas County Jail on a $1,000 own-recognizance bond, jail records show. He was notified that he was banned from campus, according to the affidavit.

Lawrence police had also responded to a burglary report at a church, the name of which is redacted in the document, on May 2. Simpson had been staying there but was no longer allowed to, the pastor reportedly told police; the pastor suspected Simpson had broken out a window to enter the residence.

The next day, officers reportedly made contact with Simpson again. He said he was having some mental and physical health concerns and agreed to go to Lawrence Memorial Hospital for treatment, according to the affidavit, and police issued him a notice to appear for alleged trespassing and criminal damage.

On May 14, Simpson was reportedly found in the attic above the garage of a residence adjacent to the church over which the pastor “has authority,” according to the affidavit. Simpson again agreed to go to LMH, but he later discharged himself and left, the document says.

“Investigators were informed Simpson’s items from the attic above the garage had been cleaned up and placed in the trash barrels in front of the residence by the curb,” the affidavit states. The pastor then showed investigators the trash, and inside was a cardboard mask of Thor, similar to the mask found at the site of the tipi, according to the affidavit.

An officer found Simpson walking, allegedly back toward the residence, and detained him on suspicion of trespassing. At the Judicial and Law Enforcement Center downtown, Simpson reportedly waived his Miranda rights and agreed to speak with investigators. He allegedly told them that the items from the attic were his.

Then Simpson reportedly said he was smoking a cigarette and wearing a mask when he walked over to the tipi. He “flipped” the cigarette on the tipi, and when it started blazing “he didn’t know what to do or who to call and was like ‘Oh (expletive)’,” according to the affidavit.

“Simpson thought the wind and cold weather would put out the fire and did not believe it would completely burn,” the affidavit says. He reportedly said he was unsure why he went to the tipi but “thought it was just to watch it burn,” and he “believed fire was a good thing because it brought growth,” according to the affidavit.

Simpson reportedly told investigators he’d left the Captain America mask there, he felt bad about the fire and he was sorry about it. He said he tried to put it out with his hands, burning his left hand a little bit, according to the affidavit.

Simpson’s next court appearance is scheduled for July 1. As of Tuesday morning, he remained in custody at the Douglas County Jail on $7,000 cash or surety bond. Branden Smith, Simpson’s defense attorney, declined to comment on the pending case.

• May 14, 2020: Lawrence man arrested in connection with fire that destroyed Haskell tipi

• May 11, 2020: FBI, ATF helping with investigation into fire that destroyed Haskell tipi