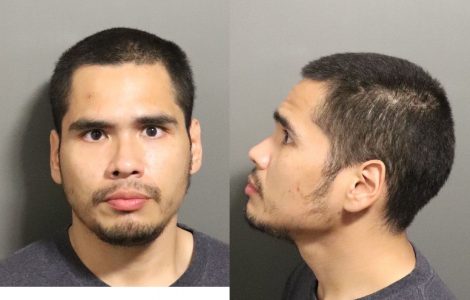 A Lawrence man was charged Friday in connection with the fire that destroyed a tipi on the campus of Haskell Indian Nations University.

Ryan Adam Sekayouma Simpson, 32, of Lawrence, was charged with arson, a felony, and two counts of misdemeanor criminal trespassing during a first appearance held via Zoom videoconference Friday in Douglas County District Court.

The covering of the tipi had burned almost completely by the time firefighters arrived in the early hours of Saturday, May 9, the Journal-World previously reported. Simpson was arrested Thursday afternoon after a multi-agency investigation.

A recent graduate of the university told the Journal-World that the tipi’s destruction was sad and unfortunate, but he wants the Lawrence community to know that “this doesn’t define us.” Joshua Garcia, a member of the Wyandotte tribe from Seneca, Mo., just graduated from Haskell with his bachelor’s degree in business with an emphasis in management. He spoke with the Journal-World by phone Friday afternoon. 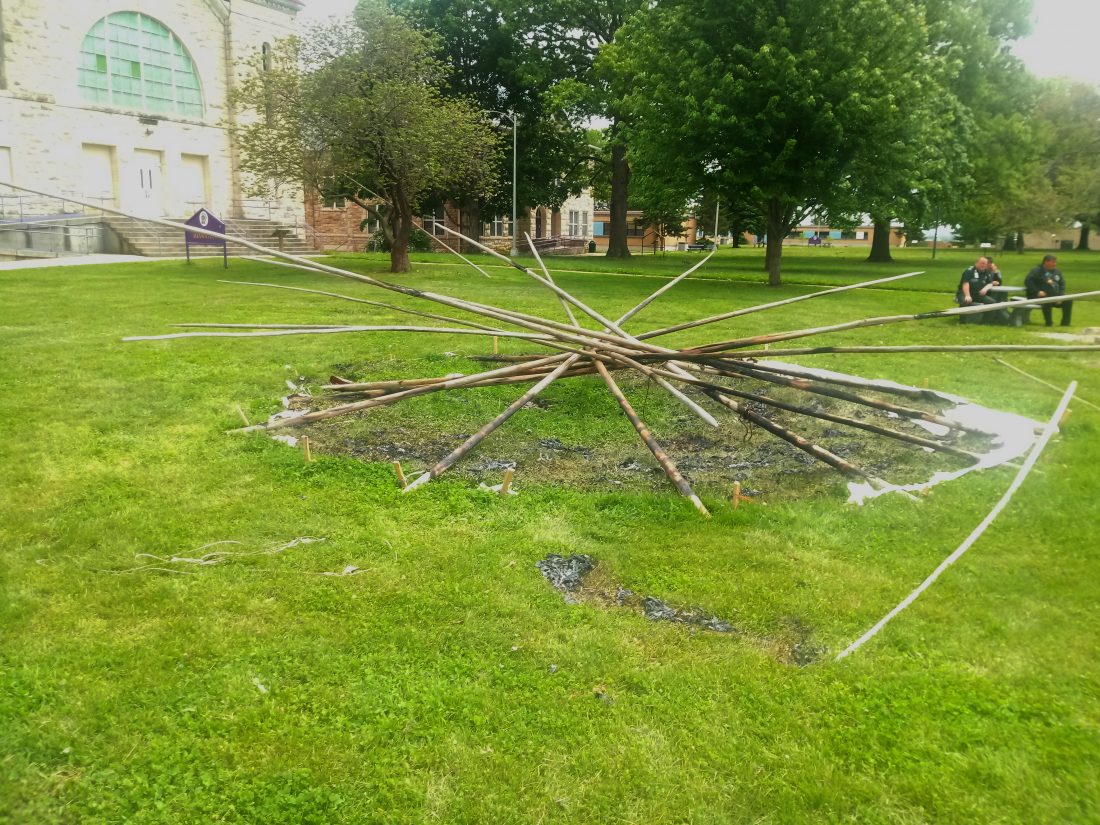 The poles of a tipi are pictured on the Haskell Indian Nations University campus on Saturday, May 9, 2020, after an overnight fire destroyed the structure. The tipi was built to honor Haskell’s graduating class.

He said the tipi wasn’t just about honoring the Class of 2020; it was also brought out for the first weeks of semesters and for freshman orientation week, so he sees it as a welcoming point.

“A lot of memories and friendships and all that were created in that tipi and area,” he said.

As the Journal-World reported Thursday, jail records list Simpson as American Indian. Garcia said he did not have any information about whether Simpson was a current or former student of Haskell.

“It’s big that he is also Native, so it’s just unfortunate that it had to happen that way, and regardless of race, it’s a sad moment,” Garcia said.

Garcia said he was thankful for being able to sit in the tipi over the last few years and that “we’re going to look forward from this point on.”

“It’s not the first time we as Native people had to be resilient, and we have been able to uphold and back each other up and support each other,” he said.

Garcia, who was Haskell Brave of 2019-2020, said that on behalf of himself, Miss Haskell AJ Holder, and the Haskell faculty and administration, he was thankful for the community’s donations to support the purchase of a new tipi.

A fundraiser, started with a goal of $3,000 to cover the costs of a new tipi, collected more than $15,000 within a couple of days. The Haskell Foundation is hoping to use the surplus in its Student Emergency Fund, according to a Facebook post from the organization.

Garcia said he hoped further details would explain what happened with the fire but that none of it really made sense. But he said he and his family would be praying for the alleged perpetrator.

Simpson’s bond is set at $7,000 cash or surety. Should he make bond, he will have pretrial supervision with GPS and drug and alcohol monitoring. He is not to return to the Haskell campus. His next court date is set for 1 p.m. July 1.

–Editor’s note: This article has been corrected from a previous version.

• May 14, 2020: Lawrence man arrested in connection with fire that destroyed Haskell tipi

• May 11, 2020: FBI, ATF helping with investigation into fire that destroyed Haskell tipi