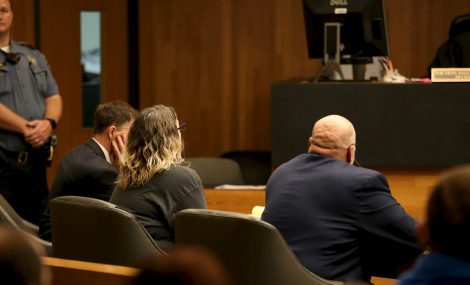 Carrody Buchhorn, seated at center, looks up at the judge during her sentencing hearing on Nov. 18, 2019, in Douglas County District Court. Her defense attorneys, Kevin Babbit at left and William Skepnek, sit next to her.

More than three years after a 9-month-old boy was found unresponsive at a Eudora day care, the woman convicted of his murder has been sentenced to more than 10 years in prison.

Carrody Melissa Buchhorn, now 45, was found guilty of second-degree murder on July 26, 2018. Her bond was revoked that day, and she has been in custody at the Douglas County Jail since.

Buchhorn’s sentencing on Monday, roughly 15 months later, came after her defense team pushed for her to receive a new trial. However, in October, Douglas County District Court Judge Sally Pokorny issued a written ruling denying her a new trial or a judgment of acquittal. On Monday, she gave Buchhorn the maximum aggravated sentence of 123 months in prison for the crime.

Oliver “Ollie” L. Ortiz was born Dec. 28, 2015, to Rob and Kaylen Ortiz, of Eudora. Both parents spoke tearfully in the courtroom, its seats packed with family members and supporters on both sides, plus several others standing along the back wall.

Rob Ortiz said that before Oliver was born, the couple had lost a child to a molar pregnancy. They were worried about trying to have another child, but eventually they did. 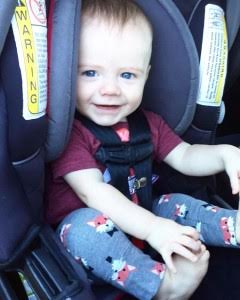 “He was our rainbow baby, our little miracle,” the father said. “He had the most beautiful blue eyes.”

And he was his older brother Christopher’s best friend. Christopher, now almost 10 years old, was changed forever when his brother was “ripped away from us that day,” Rob Ortiz said.

They described how the entire family had sought therapy and was now struggling with mental health disorders, such as major depressive disorder and anxiety.

Kaylen Ortiz said that every day she lived with guilt.

“I will always feel I didn’t do enough to protect Oliver as a mother should,” she said.

After Oliver’s death, the couple were again scared to try to have another child.

“How would I be able to bring another child into this cruel world?” Kaylen Ortiz said.

This summer, however, the family was “blessed with” their first daughter, Arya Oliver Ortiz — “but she’ll never know her namesake,” Kaylen Ortiz said.

The family visits Oliver in the cemetery almost every day, but they’re also trying to keep his memory alive in other ways. They’ve started what they intend to become a nonprofit foundation, Ollie’s Toybox. Kaylen Ortiz said they used the money they’d saved for Oliver’s first birthday and first Christmas to buy items to support three families with young children in the community.

“He has a voice that needs to be heard, and it is my personal mission to carry on his legacy,” Kaylen Ortiz said.

Ollie’s Toybox has since grown, and Kaylen Ortiz said they have provided support for families in crisis, such as a Lawrence family who lost their home to a fire, and it’s helped to restock goods for babies and toddlers at the Lawrence Community Shelter.

Christopher began to write the judge a letter, his mother said. He wrote one sentence: “On that day I was sad because I missed Ollie” — but then broke down and didn’t want to write anymore. But she said “that day” is now the family’s every day.

“We are sad every day because we miss Ollie, but this is our life now,” she said.

Oliver was in Buchhorn’s care Sept. 29, 2016, at Sunshine Kids Group Daycare Home, which was at 1307 Chestnut Lane in Eudora. The day care closed shortly after his death.

The coroner ruled Oliver’s death a homicide, caused by blunt force trauma to the head and torso, and in April 2017, Buchhorn was charged with first-degree murder. Then-Assistant District Attorney Mark Simpson said Buchhorn was the only person with Oliver and the only one who could have injured him. 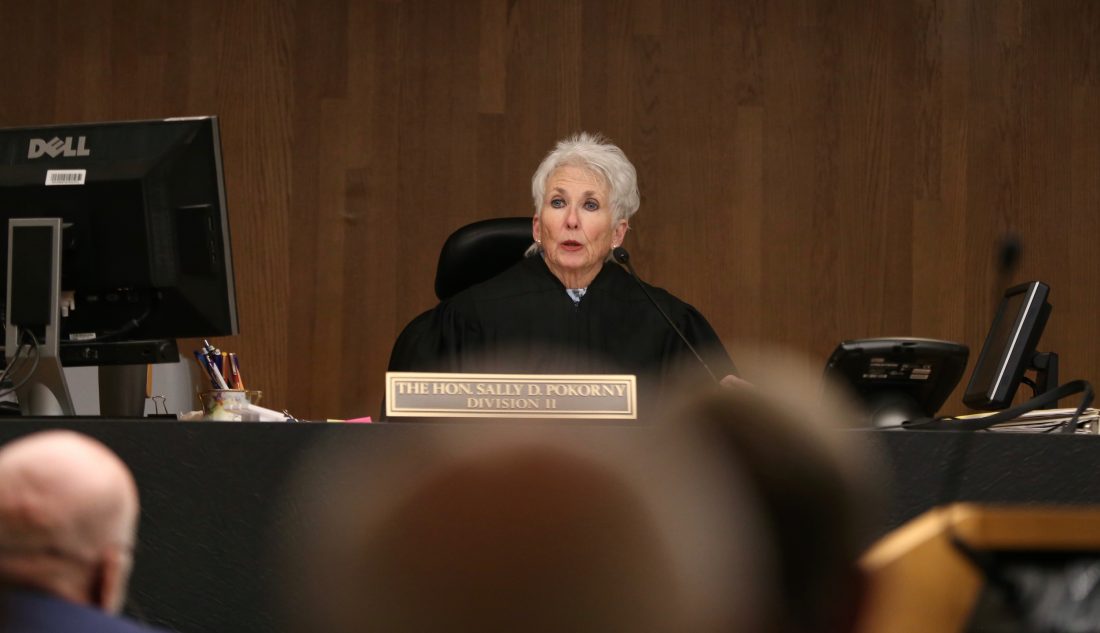 Douglas County District Court Judge Sally Pokorny cautions the many spectators who packed the courtroom for the sentencing of Carrody M. Buchhorn on Nov. 18, 2019, that they need to maintain the solemnity of the court and avoid any outbursts.

The trial spanned nine emotional days in July 2018. According to previous Journal-World coverage:

Within the first hour of jury selection, several people were released — a few leaving the courtroom in tears — after telling prosecutor C.J. Rieg that even without knowing more, they found the situation too emotional for them to be impartial.

Oliver’s mother — a nurse at Lawrence Memorial Hospital, where the boy was taken by ambulance as first responders performed CPR — tearfully recalled the day on the witness stand. She said she was able to see Oliver in the emergency room as medical staff tried to revive him.

A Eudora first responder testified that he was actually off work that afternoon, but when he heard the call for an infant in cardiac arrest, “I couldn’t stay at home on my day off and just listen to that happen.”

Buchhorn, who had been on house arrest and was able to attend her jury trial in clothes from home, appeared Monday in a gray T-shirt and white pants from the Douglas County Jail. She declined to speak when the judge offered her the opportunity.

Some of her supporters did address the judge. Her husband of 22 years, Timothy, answered questions from the witness stand about his wife’s time in jail. He said they have two sons, 25 and 21, and he described his wife as a “warm, loving, nurturing, kind woman” who was incapable of harming another person.

Two friends who spoke to the judge shared how Buchhorn had cared for them during trying times in their lives, describing her as a military wife and a “football mom.” 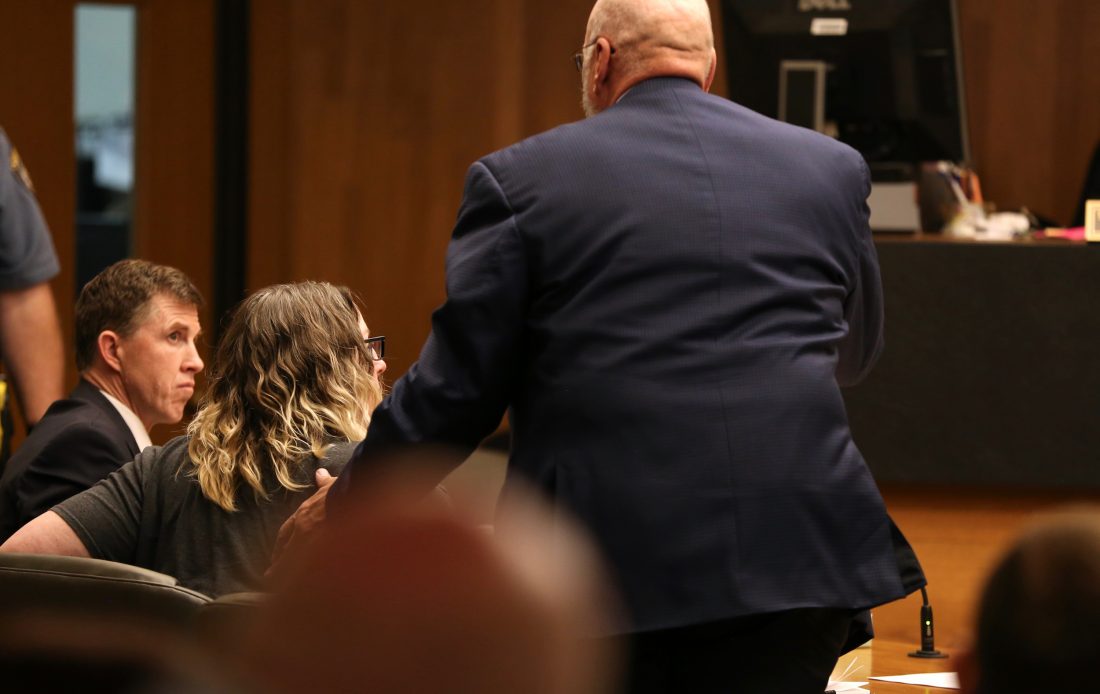 Defense attorney William Skepnek, standing, places a hand on the shoulder of Carrody M. Buchhorn after she is sentenced Nov. 18, 2019, in Douglas County District Court for the murder of Oliver Ortiz. At left is attorney Kevin Babbit.

Buchhorn mostly faced forward through the hearing, sometimes fidgeting nervously, and not looking to the side as the Ortizes or her own supporters addressed the judge. Her hair has grown out since the day of her verdict, mostly shielding her face from the courtroom behind her.

After the jury returned its verdict, Buchhorn fired the defense team that represented her for her trial and hired new counsel, attorneys Kevin Babbit and William Skepnek. They recently filed on her behalf a motion for departure from the standard Kansas sentencing guidelines.

Buchhorn faced a likely maximum sentence of 117 months — the standard sentence for the crime, for a defendant with no criminal history — in prison, or nine years and nine months, the Journal-World reported last week.

Her attorneys had requested that the judge grant her either 48 months of probation or a shortened sentence of 36 months in prison. They argued that she’s not a violent person or a threat to the community and that she has strong family support in the area, among other reasons.

Prosecutor C.J. Rieg told the judge the state was opposed to the motion for departure. She reviewed some of the evidence from the case and rebutted the expert opinions that Buchhorn’s post-trial defense team had presented during hearings that followed the jury’s verdict, and she said that Buchhorn “has her life.”

Rieg said Buchhorn had a duty to Oliver.

After hearing from supporters on both sides, Pokorny said Timothy Buchhorn was correct when he had said the sentencing would not bring closure.

“The pain for Oliver’s family will be as raw tomorrow after sentencing as it is today,” she said just before she imposed the aggravated sentence for second-degree murder. Pokorny said she was not persuaded to grant the departure, based on the evidence she’d heard at trial as well as the relationship families have with the providers they entrust with their children’s care.

As part of Buchhorn’s sentence, she will have 36 months of post-release supervision. The judge gave her a credit of 487 days, or about 16 months, served in jail, and Buchhorn is eligible for 15% good time credit. She must also register as a violent offender for 15 years.

Skepnek told the Journal-World Friday that “as is obvious from the motion for a new trial, people are making a big mistake and a very innocent woman is going to go to prison.”

In court Monday, he reiterated his plan to appeal. 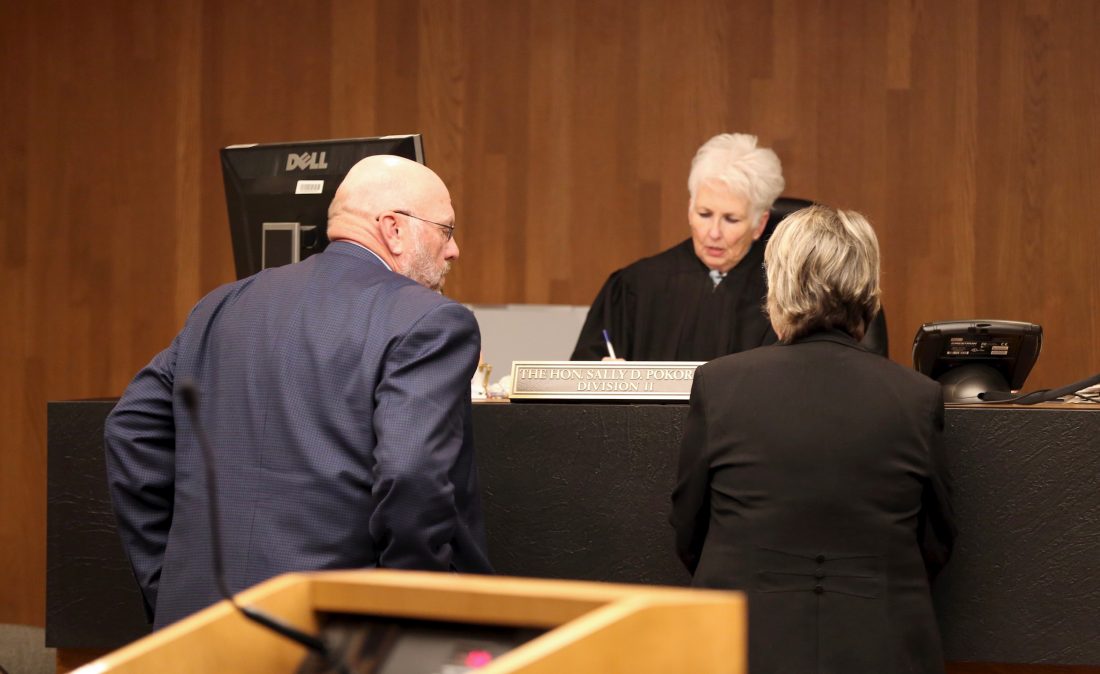 “The ‘science’ supporting this conviction is no better and no more accepted by medical science than that which was used at the Salem Witch Trials,” Skepnek said in court and in a written copy of his statement that he provided to the Journal-World.

After the sentencing, Skepnek told the Journal-World that he would get the judge’s ruling denying Buchhorn a new trial reversed. He said Buchhorn’s representation during trial was inadequate and that everything the jury at trial heard was a lie based on “junk science.”

He said this was a terrible thing for the Ortiz family to go through but that the case was made “immeasurably worse” by the coroner’s opinion and that prosecutors were “preying upon the loss suffered by this grieving family.”

Douglas County District Attorney Charles Branson, reached after the sentencing, said the evidence presented to the jury was subject to the defense team’s cross-examination and its own experts during trial, as well as through the extensive post-trial motions.

“It was clear that the evidence was appropriate before the jury, and the jury made their decision based upon that,” he said.

In April 2018, Oliver’s parents filed a civil wrongful death lawsuit in Johnson County District Court against the day care operators in whose home Oliver died, Gina Brunton and husband Morgan Eric Brunton. The court approved a wrongful death settlement within about a week, and the case was terminated, court records show.

• July 19, 2018 — Day care owner testifies at murder trial that she did not hurt infant; defendant’s police interview played for jury

• Dec. 14, 2017 — Buttons picturing Eudora baby won’t be allowed at trial of woman accused of murdering him

• April 27, 2017 — Affidavit: Woman accused of killing infant at Eudora day care was only person with access to the child