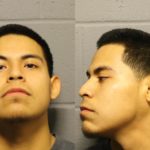 The next step for a one-time Lawrence rape suspect who violated his probation won’t be decided this week.

A judge on Wednesday bumped a probation violation hearing for Jared L. Wheeler, 24, until July 25.

“I want to make sure we have time for a thorough hearing,” Douglas County District Court Judge Amy Hanley said.

Wheeler’s appointed attorney, Charles Whitman, wants to present evidence to support keeping Wheeler out of prison. Whitman said last week that Wheeler’s violations stemmed from substance abuse and that he had gotten treatment.

Prosecutor C.J. Rieg previously said she would argue for Wheeler to go to prison to serve his underlying sentence, 13 months in prison followed by a year of post-release supervision.

Wheeler — along with his then-roommate at Haskell Indian Nations University — was charged with raping a female Haskell student in the dorm room where the two men lived in 2014.

Wheeler’s trial ended with a hung jury in June 2016. He later pleaded no contest to a single felony count of aggravated battery and, in January 2017, was sentenced to 60 days in jail and two years on probation.

After serving his jail time, Wheeler moved and had his probation transferred to Oklahoma, where he admitted to violating it by being charged in several criminal cases there and using alcohol and drugs.