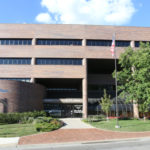 As part of its meeting Tuesday, the Lawrence City Commission will consider approving its Lawrence Legislative Priority Statement, which it provides annually to the local state legislative delegation and which guides input on proposed legislation, according to a city staff memo to the commission. The newly seated commission provided initial direction at a meeting last month to add support for the tax relief measures and several others, and the commission is scheduled to consider finalizing the statement Tuesday.

The proposed statement comprises 21 priorities, and in addition to support for the two tax relief measures expresses support for three additional measures: Douglas County’s request for $750,000 to support its mental health crisis center; legislation to replace Columbus Day with Indigenous Peoples’ Day; and legislation to raise the age to buy tobacco and vaping products to 21. Following the commission’s discussion, the age to buy tobacco was increased to 21 at the federal level, as the Journal-World reported.

Last legislative session, Sen. Tom Holland, D-Baldwin City, introduced a property tax freeze for people over 65 and disabled veterans. The so-called freeze wouldn’t affect how much money cities would receive from property taxes. The Golden Years Homestead Property Tax Freeze Act would instead provide refunds for certain increases in residential property taxes to low-income people over 65 and people who have a disability as a result of military service.

Regarding the property tax freeze, the city’s statement reads that access to affordable housing and the ability to “age in place,” or remain in one’s existing home, is important for seniors in Kansas communities. It goes on to state that establishing programs to help low-income seniors afford their existing homes, such as Holland’s measure, should be part of the discussion.

Kansas charges a 6.5% sales tax and is one of only a handful of states in the U.S. to assess its full sales tax percentage on groceries. Combined with additional city and county sales taxes — for infrastructure, affordable housing, transit service, mental health — residents of Lawrence generally pay a 9.3% sales tax on all their purchases, including groceries. Last month, Gov. Laura Kelly’s Council on Tax Reform recommended that low-income and disabled Kansans receive refunds on their sales taxes from grocery purchases, as the Journal-World reported.

Regarding sales tax, the city’s statement reads that the city opposes raising the state sales tax rate and supports efforts, such as the council’s recommendation, to reduce the burden of the sales tax on groceries for low-income residents.

The full list of proposed legislative priorities is available on the city’s website, lawrenceks.org, and includes support for Medicaid expansion in Kansas; the expansion of the western leg of the South Lawrence Trafficway; legislation and programs that encourage energy-efficiency improvements; and restoration of funding for the arts and community-based mental health services.