For as long as he can remember, Bishop Seabury junior Henry Nelson hasn’t been able to slow down.

That has been evident during his time with the Seahawks over the last two-plus years. Nelson runs for both the cross-country team and track squad. Nelson also played soccer and basketball during his freshman and sophomore seasons. In the summer, Nelson competes in cycling competitions around the area.

“My mom says my first word was ‘go,'” Nelson said. “I just enjoy seeing myself get fitter and faster. I like the feeling of feeling solid after a run. When I was a kid, I did triathlons and I like biking a lot.” 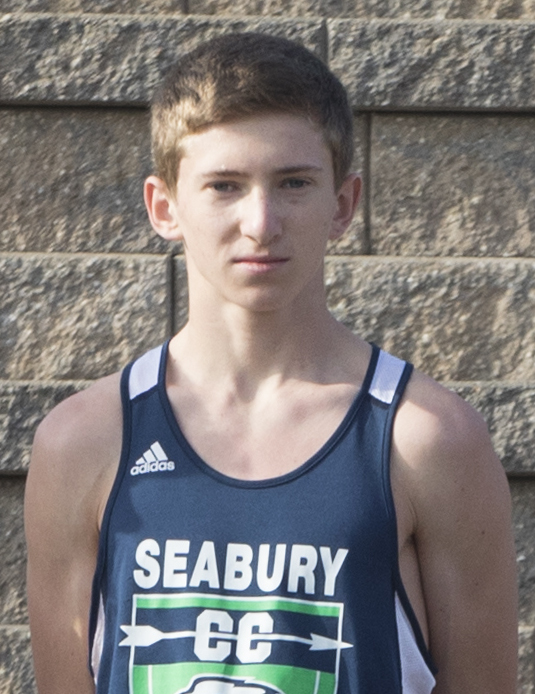 Bishop Seabury junior Henry Nelson, who missed last spring with a stress fracture, has won a pair of races to start the season.

Nelson has run circles around the competition through the early part of the cross-country season with two first-place finishes and one runner-up.

At the Joe Schrag Invitational, Nelson notched his first win of the season in a field loaded with big-school athletes. Nelson won the event, which featured athletes from seven 6A and 5A schools, with a time of 16:30. Nelson then netted first at the Wellsville Invite this past weekend.

Nelson plans to run at Rim Rock Farm this weekend, which will be another event filled with quality runners.

“I like to race bigger schools every now and then,” Nelson said. “I do like running against 2A to see where the 2A kids are about. I’m hoping to do something big this weekend.”

However, Nelson is just now getting back to his peak form after missing the entire track season with a stress fracture.

Nelson was unable to run during the spring, as he was forced to do a majority of his rehab in a pool. Nelson, who also broke his foot in his freshman season, managed to get back in shape with workouts over the summer.

As a result, Nelson has every intention of bringing home some more hardware during the remainder of his junior campaign. He’s finished in the top-eight in his previous two trips to the 2A state cross-country meet.

“My first goal is to win state,” Nelson said.

Few athletes have as rigorous of a schedule as Lawrence High senior Cole Shupert.

Shupert is a dual-sport athlete at LHS, as he plays midfielder for the varsity soccer team and he is a member of the cross-country team. Shupert has been competing in both fall sports all four years of his high school career.

“I just enjoy being able to push myself and see what I can do,” Shupert said. 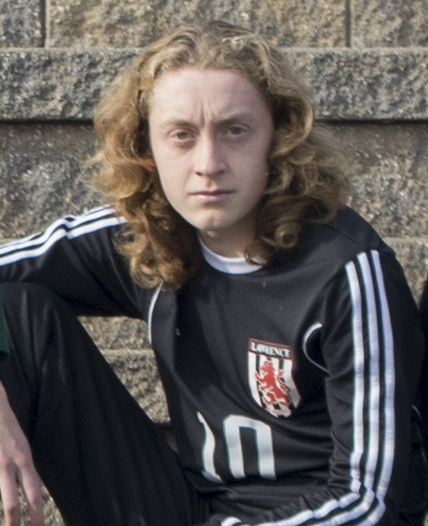 Lawrence High senior Cole Shuper is a dual-sport athlete for LHS this fall, competing in cross-country and soccer.

After school, Shupert heads to cross-country practice to run with the team. He then makes his way over to soccer practice, which doesn’t usually end until closer to 7 p.m. on a daily basis. The only time Shupert doesn’t practice both sports is on game days.

But this is the first year that Shupert has had this type of schedule.

In fact, Shupert mostly practiced soccer and ran in meets during his freshman and sophomore seasons. As a junior, Shupert ran in the mornings on certain days before going to soccer practice in the afternoon.

“I’m definitely in much better shape than I used to be,” Shupert said. “It’s tough to do both.”

Last season, Shupert netted honorable-mention honors in the Sunflower League for his defensive play and he even scored a goal against Free State. Shupert also ran a 17:42 at the regional meet for the cross-country team.

Last week, Shupert notched a score against Shawnee Heights and was credited with an assist in a win over Gardner Edgerton.

On the cross-country side, Shupert started his campaign off with a 10th-place finish at the Manhattan Invitational after clocking a time of 18:09.50. He’s continued to help both squads over the course of the season.

“I really enjoy soccer because it is hard to score,” Shupert said. “There are just so many little things you can do to help your team out.”

Senior Landon Sloan runs all over the field to help anchor the Free State defense.

Sloan, an outside back, is no stranger to running as he used to compete for the cross-country team. After spending his freshman season with the soccer program, Sloan gave cross-country a try during his sophomore campaign.

It took just one year for Sloan to return to soccer, where he’s been a key component for the program since returning.

“My brother ran at KU, so I decided to give it a try,” Sloan said. “It was a lot of running, I really liked it. There are great people over there. But, obviously, if you don’t enjoy running much, it’s hard to keep going with it.”

Sloan first picked up soccer at 6 years old, and has enjoyed everything about the sport ever since.

But after a strong freshman year with the track team, Sloan elected to try cross-country in the fall season that following year. Sloan had success with cross-country, but discovered that the sport wasn’t really for him.

“I think it really helped me learn where a lot of people come from,” Sloan said. “You can see a lot of the differences between program. Cross-country is all about the team, and it’s really amazing how good of a job they do inciting teamwork. It really helped me come here and encourage teamwork.”

The Firebirds have leaned on their defensive prowess to jump out to a 4-2 start. They have allowed just four goals on the year.

Sloan, who was voted as one of the team’s captains, has been instrumental to the early success.

“That year off gave him more of a rejuvenated look when he did come back,” head coach Kelly Barah said. “Just like anything else, you come back with a fresh new perspective. To be a team captain, that is a testament to what he brings to our team.”