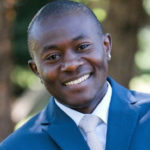 The alleged victim of a Lawrence group home owner charged with rape was an overnight guest at the man’s personal residence, newly released court documents show.

The woman told police she was asleep in a guest room at the home Erick W. Ogwangi shared with his wife when Ogwangi came downstairs in the early-morning hours and forced himself on her, according to an affidavit detectives prepared in support of his arrest. The Journal-World requested the document and received it Thursday through Douglas County District Court.

Ogwangi, 33, of Lawrence, is charged with one count of rape, a felony, for allegedly assaulting the 26-year-old victim while she was unconscious or physically powerless, according to the complaint.

The incident occurred in late January 2017 and was reported to police within days. However, Ogwangi was not charged and arrested in the case until this month, nearly two years later.

The woman, who said she’d known Ogwangi about six years, told police she awoke to him next to her, then trying to kiss her and pull her clothing off. She said she told him, “no, stop,” and was physically struggling to get away.

She said that as he raped her she continued trying to move away, saying “no” and “stop.”

The woman said Ogwangi professed his love for her before going back upstairs to his wife.

The woman said she immediately gathered her things and left. A few hours later, at 6 a.m., she went to a hospital to get a sexual assault examination.

That was on a Friday, and the following Tuesday she went to Lawrence police.

Police executed a search warrant at Ogwangi’s home, collecting items including bedding and an acrylic nail the woman said had broken off during the incident. He declined to talk to police, saying he wanted an attorney.

Police also searched the victim’s phone, which included a text conversation she had with Ogwangi’s wife the day of the incident.

The text messages indicate that the two women have a close relationship. In the messages, Ogwangi’s wife tells the woman she is sorry and offers her support.

“I can’t make what Erick did ok and he if (sic) fully responsible for it. We understand if you want to press charges,” Ogwangi’s wife says.

Another reply includes, “Erick did something awful … I understand if you don’t want to see him, or me.”

Ogwangi is now the owner and operator of Carpe Diem Community Living LLC, licensed by the Kansas Department for Aging and Disability Services to provide residential and day services for developmentally disabled adults in Lawrence.

After Ogwangi was charged, state officials asked him to have no contact with his developmentally disabled clients while his criminal case is pending. KDADS spokeswoman Angela de Rocha said Thursday that attorneys for the agency and Ogwangi now have a verbal agreement that he will not interact with those in Carpe Diem’s care. She said the agency was finalizing a written agreement and a corresponding order from KDADS Secretary Tim Keck.

Ogwangi also has worked in public health in Lawrence.

He previously worked on contract for the Lawrence-Douglas County Health Department as a Healthy Dads program co-facilitator, which didn’t include home visits or one-on-one care. He has been a member of the Lawrence Homeless Issues Advisory Committee and a community coordinator with Lawrence’s Sunrise Project.

Kansas Bureau of Investigation lab results contributed to the delay in Ogwangi’s charges. After receiving the investigation from police, the Douglas County District Attorney’s Office said it waited nearly a year for the lab results. A staff shortage in the DA’s office added several more months to the process.

Ogwangi is free on $30,000 bond. A preliminary hearing date has not yet been set.