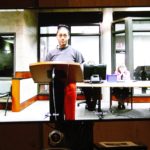 Scharron R. Dingledine makes an appearance in Douglas County District Court via video from the jail on Tuesday, Aug. 28, 2018. Dingledine, of Columbia, Mo., is charged with murder and attempted murder for allegedly driving her children into the Kansas River on Aug. 3, 2018, in Lawrence, killing 5-year-old Amiyah Bradley and critically injuring 1-year-old Elijah Lake.

With a finding that the defendant is mentally fit to stand trial, a murder case against a woman accused of driving her children into the river in Lawrence will move forward.

“The evaluation did find Ms. Dingledine to be competent,” Judge Peggy Kittel said Tuesday during a brief hearing in Douglas County District Court.

Dingledine’s appointed attorney, Carol Cline, said she wasn’t going to challenge the evaluation results, and Dingledine’s next court appearance was scheduled for Oct. 2.

Cline said she and Dingledine were reviewing case materials and doing some independent investigation and needed the additional weeks for that.

About 1:15 p.m. Aug. 3, emergency crews responded to reports of a car in the Kansas River, just west of the bridge into downtown Lawrence.

They pulled Dingledine and her 1-year-old son, Elijah Lake, from the water. The body of Dingledine’s daughter, 5-year-old Amiyah Bradley, was recovered from the river the next morning. 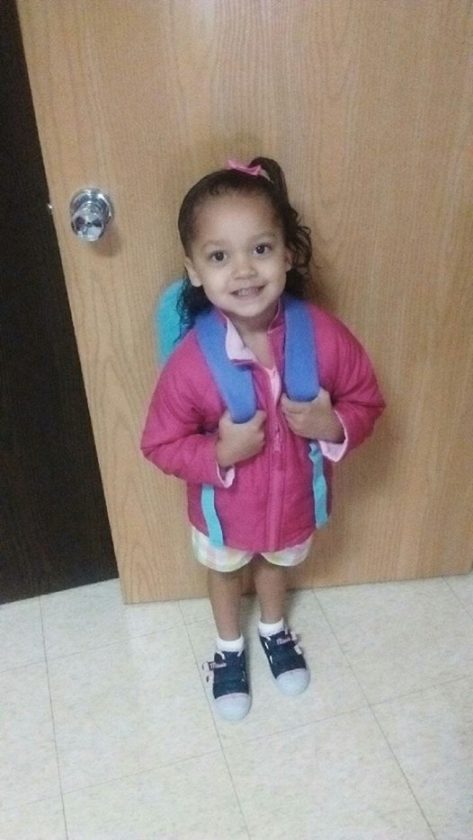 Elijah remained hospitalized in critical condition for at least a week after the incident. As of this week his condition had been upgraded to serious, Children’s Mercy Hospital confirmed Tuesday.

As she was being pulled from the river, Dingledine repeatedly told police officers trying to help her something to the effect of “Let me die,” Lawrence police detectives said in an affidavit for her arrest.

Dingledine told police she had been driving around Lawrence “feeling depressed” and decided to drive into the water with her children, who couldn’t swim and were unrestrained in the front seat of the car.

“Scharron said as she drove, she decided she was going to kill herself and kill the children because she didn’t want anyone else to have them,” the affidavit said.

Dingledine had arrived in Lawrence earlier the morning of Aug. 3 after a tumultuous chain of events that started at her home in Columbia in the early morning hours of Aug. 2, the Journal-World previously reported. 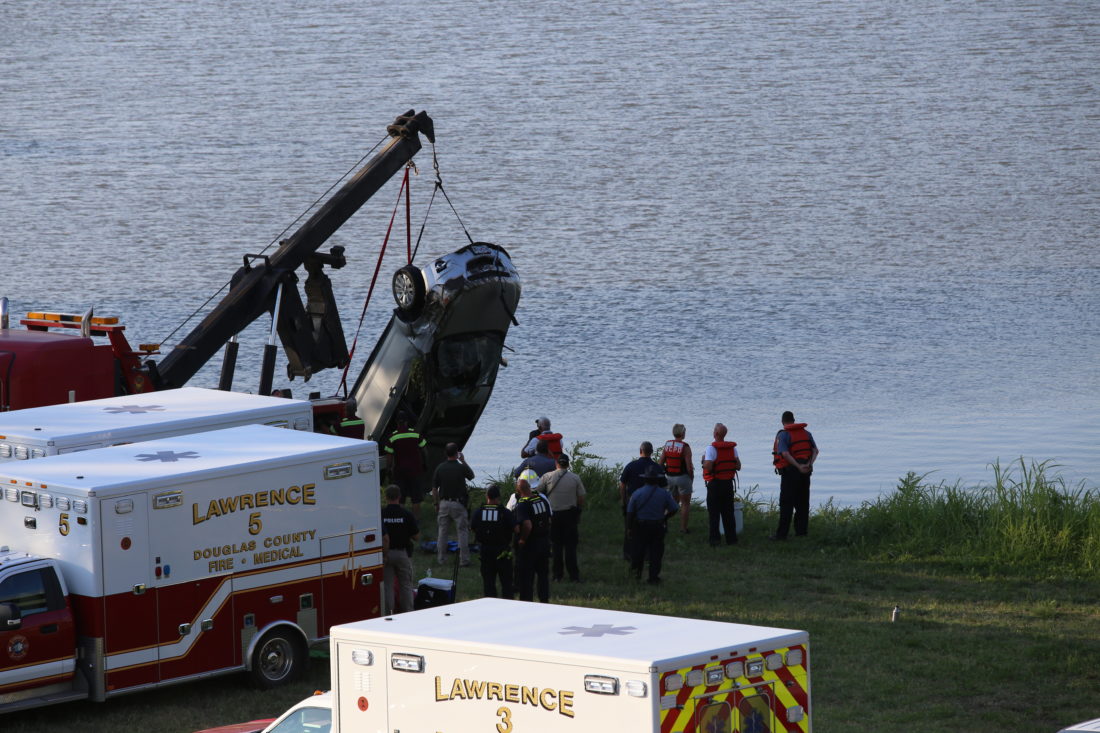 Crews pull a vehicle out of the Kansas River after a water rescue operation Friday, August 3, 2018.

Columbia police responded to an overnight domestic disturbance between Dingledine and the toddler’s father, who lived together with the two children.

Police took Dingledine to a mental health facility, where she voluntarily admitted herself but checked out several hours later.

She filed a request for a restraining order against her boyfriend, and in it asked for custody of the toddler. A judge granted the restraining order temporarily but didn’t rule on custody, and scheduled a hearing for later.

The same day Dingledine told police she had her boyfriend drive her to a store to get drinks, and while he was inside she took his car with the children inside and headed out of town. About 45 minutes north of Columbia, she stole a Chevrolet Equinox out of someone’s driveway in a rural area and left her boyfriend’s car behind.

She told police she and the children spent the night in the Equinox in the Kansas City area before driving on to Lawrence the next morning and, eventually, accelerating into the river, according to the affidavit.

• Aug. 15 — Affidavit: Mother told police she drove into river to kill herself and her 2 children ‘because she didn’t want anyone else to have them’