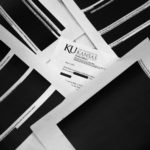 These are several of the most heavily redacted pages that Kansas University provided to the Journal-World after the newspaper filed an open-records request for documents related to two fraternities currently on probation for hazing. KU redacted information throughout the 23-page batch of documents, including all descriptions of the nature of hazing activities. KU says it redacted the documents to protect the identity and privacy of fraternity members.

Kansas University has responded to an open records appeal by the Journal-World, un-redacting a small percentage of text that was blacked out in one of several documents initially provided by the university.

All information remains hidden about the nature and severity of hazing behaviors the newspaper sought to learn when requesting the documents.

In October, a Journal-World reporter requested documents related to the university’s investigations and sanctions against two fraternities currently on probation for hazing: Delta Tau Delta, located at 1111 W. 11th St., and Phi Beta Sigma, a small African-American fraternity without an official chapter house.

● KU and the problem of the fraternity secrets it keeps

KU gave the reporter 23 pages of documents, including letters from KU Student Affairs to both fraternities and a summary of KU’s investigation into Delta Tau Delta. The documents were heavily redacted to conceal lists of — and other references to — the hazing behaviors for which KU found the fraternities responsible, which KU said was done to protect identities of individual members and avoid an unwarranted invasion of privacy.

In December, Journal-World managing editor Chad Lawhorn appealed to KU’s freedom of information officer and CFO, Theresa Gordzica, asking for the university to provide new copies of the documents, unredacted but for personally identifiable information.

“KU’s sweeping redaction of the documents provided to the newspaper fails to meet the university’s obligations under federal and state open records laws,” Lawhorn said in the written appeal. “In addition to redacting individuals’ names and offices — which would be acceptable under the law — the records KU provided the newspaper were heavily redacted to hide ALL information about the nature of the hazing.”

With her response, sent Monday, Gordzica provided a slightly less-redacted version of one of the five documents initially given to the newspaper.

Initially, all answers were completely redacted, along with portions of the questions. In the revised version, some answers are visible.

However, the newly visible answers don’t appear to address hazing activity, at least not that’s discernible through the text that is legible.

Here is some of the text KU previously redacted, which the university said was to protect the identities of students and avoid an unwarranted invasion of privacy:

• In response to the question, “Did you ever [REDACTED]. Who suggested this activity, if it did happen?”

“I have a vague remembrance but was not part of this specific question. I didn’t have to, but I did hear about it. No I did not. I do not recall.”

• In response to a question about whether pledges had their rooms broken into while they were at Table Rock Lake:

“My room was never broken in to. No. No. Well, my phone charger went missing but (expletive) like that happens all the time to everyone in the house. Yes, no I believe someone smoked weed in my room because of the smell.”

• In response to a question asking whether drugs are used in the house:

“To my knowledge no one uses drugs in the house… Occasionally. I never know who exactly it is, I just notice the smell.”

• In response to a question asking whether pledges have the same treatment as active members:

“I feel it was the same most of the time. We were treated just like them. Absolutely, I never felt that I couldn’t do what I wanted to… Yes, I feel welcomed and respected at Delta Tau Delta. I never felt harmed or threatened at any time… Almost all of the guys are great and always have been. Just a select few were involved in these incidents and many people I don’t think had any idea of what was happening.”

• In response to a question asking what they would change about their pledge experience:

“That our house cook now was our house cook then… More bonding experiences. Honestly, nothing. There was never anything that I was not comfortable with.”

The summary also includes a chart asking pledges to check yes or no to whether they’d ever been subjected to or witnessed a list of hazing activities, including total or partial nudity, eating any unwanted substance or paddle swats. Answers are redacted, as is the entire following page of the summary, which contains verbatim explanations of questions pledges answered yes to.

This week university spokesman Joe Monaco declined to answer why KU initially redacted that information, instead referencing a previous explanation.

Under FERPA, KU is allowed to release student information without the student’s consent only after removing “all personally identifiable information,” Monaco said in a Journal-World article last month.

He said one fraternity had fewer than 10 total members and that the other case involved “events” that happened to all members of a pledge class, “meaning any information about those events can be identifiable to anyone who knows a fraternity member — and many people on campus do.”