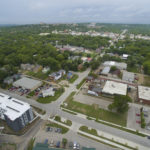 A plurality of readers surveyed in a new Journal-World poll said they would back the current concept for an arts corridor connecting Massachusetts Street to the Warehouse Arts District in East Lawrence.

But a significant number of the approximately 1,000 people surveyed were not sure about the project — one the Lawrence City Commission has heard apprehension about over the past year.

The East Ninth Project, the brainchild of the Lawrence Arts Center, aims to integrate public art into the seven blocks from Massachusetts to Delaware streets at the same time as city-funded improvements to the street and walkways.

The next step in the process comes Tuesday, when city commissioners will review and provide guidance — but not take action on — a draft of the document that lays out options for street designs.

Respondents in the same survey answered — for the most part — that they were unsure about how much city funding the Lawrence Arts Center should have received for its 2016 Free State Festival, an issue the City Commission voted on in September.

A Thousand Voices is a new feature that will measure how at least 1,000 readers of LJWorld.com feel about a variety of issues being debated by the public. The Journal-World will regularly conduct a poll that captures a representative sample of the approximately 35,000 users of LJWorld.com. All polling will be conducted by our partner, Google Consumer Surveys. The Google system chooses participants for the poll at random, has mechanisms in place designed to prevent a single user from casting multiple votes, and calculates results using margins of error and 95 percent confidence levels common to the polling industry.

If you have a topic you would like to see as part of a future poll, please suggest it to Nikki Wentling at nwentling@ljworld.com

The number of “not sure” answers for both questions could point to the public’s uncertainty as it relates to city funding for the arts, or about the relationship between the two entities. Here’s a look at the results:

• A majority — 45.4 percent — said yes, they did support the current concept to renovate Ninth Street into an arts corridor. The second-most selected answer was “I’m not sure,” which received 30.9 percent of votes. Another 23.7 percent said no, they did not support the concept. The responses for this question had margins of error of 2.5 to 3.1 percent.

The Journal-World, through its polling partner Google Consumer Surveys, polled more than a thousand readers who said they were registered voters in Lawrence. Users of the website had no ability to choose to take the poll. Some people had this survey presented to them when they visited our websites, and some didn’t.

Given the discussion surrounding the Free State Festival funding and the amount of public comment about the issue during city meetings, it’s not surprising to see uncertainty among readers or that another highly selected option was to not provide any funding. Local artists not affiliated with LAC (Lawrence Art Guild president Amanda Monaghan and East Lawrence artist Nicholas Ward, to name a couple) stood before commissioners after the September vote to voice concerns over how the Arts Center went about asking for additional funding — especially that it was requested outside of the budgeting cycle. Some local artists take issue with the amount of funding the city provides to some art projects and not others.

In discussion, some commissioners brought up that the festival did not bring in enough transient guest tax funds to justify spending more of those same dollars on the event, but Commissioner Matthew Herbert noted the event was a Lawrence original and deserved the extra support.

It’s also not remarkable that many readers remain unsure about the East Ninth Project. Specific plans for the multi-step, multi-agency project — the first of its kind in Lawrence — have not yet been solidified or publicly unveiled.

For those who don’t remember or didn’t follow the issue, Lawrence Arts Center CEO Susan Tate said in an Aug. 10 letter to the City Commission that if city funding weren’t approved, the 2016 Free State Festival would be canceled.

The Arts Center asked for $100,000 of the city’s transient guest tax revenue, which would provide 25 percent of the event’s funding.

When commissioners allocated $60,000 during a Sept. 15 meeting, the future of the festival was pushed into uncertainty. It’s still not clear whether the event will happen next year, but Tate said in an interview Thursday that there would be an announcement soon.

As for the East Ninth Project, the venture was kick-started in June 2014 when the Lawrence Arts Center won a $500,000 ArtsPlace America grant.

Designers with Kansas City-based urban design team el dorado, inc. are working with engineers and artists to plan a street reconstruction for the area. A public presentation of the design is scheduled to be presented in January, according to a page on the city’s website that is dedicated to the project.

Concerns have been voiced by East Lawrence residents who thought the neighborhood should have more of a say in what changes are made there. A group, self-titled the East 9th Street Placekeepers, created its own website where members post news and critiques of the project.

But Tate said members of the East Lawrence neighborhood have been invited into the process since the idea first formulated in 2012. 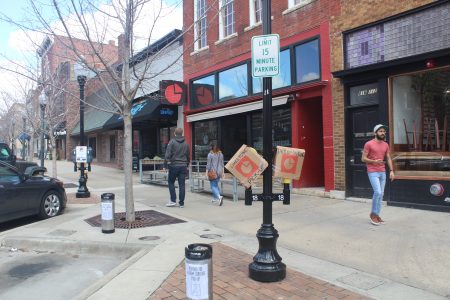 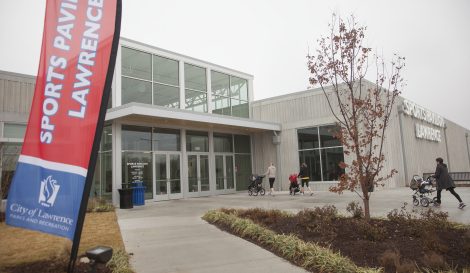 Lawrence extends closures of rec centers, cancels programs through May 17