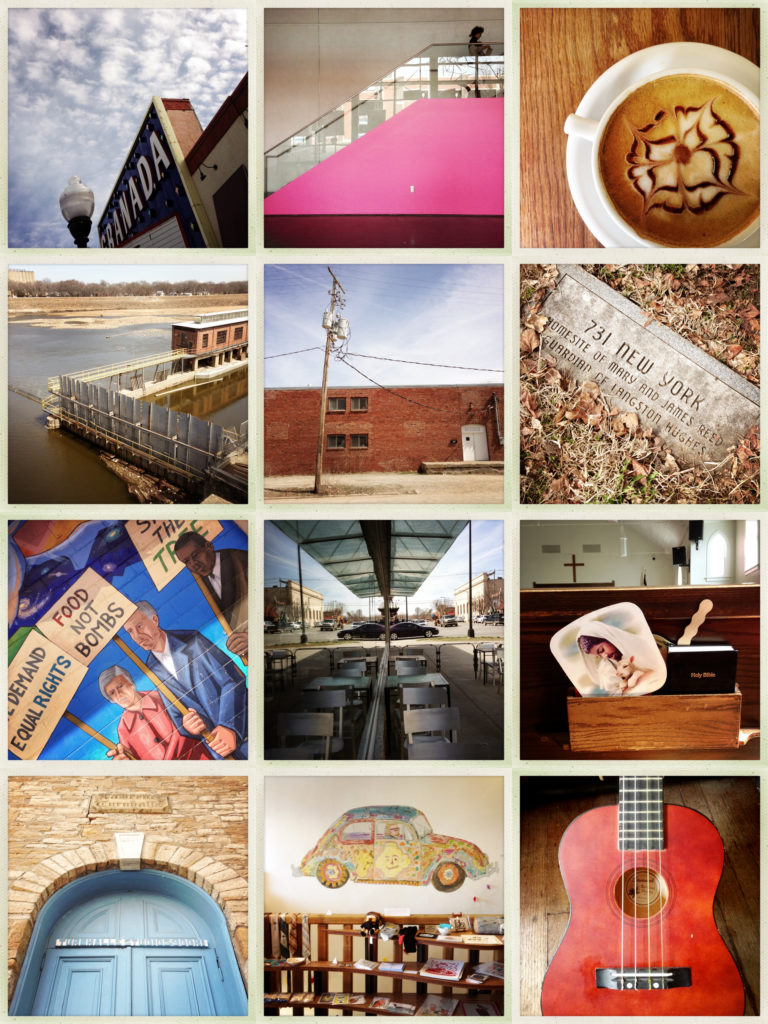 The Lawrence Arts Center has succeeded in its quest for a major national grant to enliven Ninth Street east of downtown.

The $500,000 grant comes from ArtPlace America, which is expected to formally announce its 2014 awards today.

“This is a big, big deal,” said City Commissioner Bob Schumm, who served on the Lawrence Cultural District Task Force. “We’ll have what should be an unbelievable attraction.”

The Arts Center’s winning proposal — “Free State Boulevard: From the Studio to the Streets” — calls for “re-imagining” Ninth Street between Massachusetts and Delaware streets, according to a description from the Arts Center. Grant money will imbed public art in the streetscape, enhancing the corridor as “a platform for visual and performance art not yet imagined.”

Arts Center CEO Susan Tate said the artistic part of the project would be designed in tandem with planned city-funded street and walkway improvements along the corridor, which connects downtown with the Warehouse Arts District.

Coordinating the effort will likely be the first big project of the city’s arts and culture director, a newly created position currently in the hiring phase. Tate said planning would begin this fall, but the City Commission must determine a timeline for construction and art installation. The call for artists will be open to both local and international artists.

The ArtPlace grant rewards more than two years of such creative placemaking efforts led by the Arts Center. The concept involves using public art and cultural amenities to increase an area’s vibrancy and highlight its unique identity.

In 2013, following an effort spearheaded by Tate and the Arts Center, city commissioners agreed to designate the downtown area as the Lawrence Cultural District. The Arts Center was an ArtPlace finalist in 2013 but did not ultimately win a grant.

“This year we are light years ahead of where we were a year ago in terms of where the community is and how all the different elements are together on this,” he said. “That made the difference.”