Long before the city turned the old stone barn in south Lawrence into Fire Station No. 4, it served as a way station on the Underground Railroad, a rest stop for former slaves fleeing north to Canada.

Soon, the barn could house a museum celebrating that heritage.

“Today the former barn is believed to be one of only two standing structures in Lawrence with a direct connection to the Underground Railroad,” historic preservationists wrote in a formal proposal made public this week by City Hall. “The : barn is a historic and tourism treasure that needs to be used to interpret the local, regional and national story.”

The second proposal, for Station No. 2, came from Lawrence resident Matthew Henderson, who proposed buying the building for $128,500 and turning it into his family home. 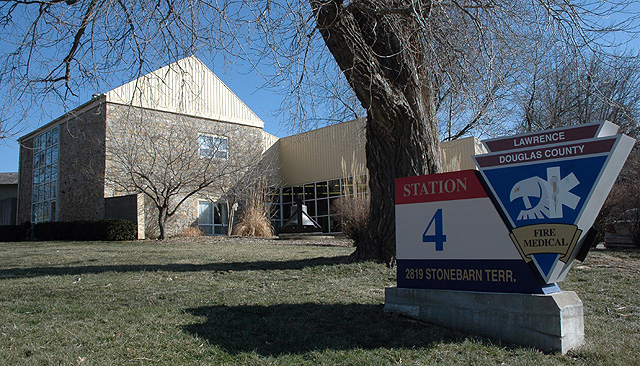 Fire Station No. 4, 2819 Stonebarn Terrace, served as a stop on the Underground Railroad. Now, as firefighters prepare to vacate the stone barn that forms the station's core, a proposal has surfaced to celebrate the building's history by turning it into a museum.

“The rehabilitation of the property into a single-family residence is the best way of preserving the historical character of Fire Station No. 2,” Henderson wrote in his proposal.

“Both of them were brought up during the public meetings we had” to discuss the buildings’ future, he said.

They said the barn was built in the late 1850s by abolitionist Joel Grover, who in January 1859 sheltered 11 slaves and a newborn baby rescued from Missouri slaveholders, marking the beginning of its life as a station on the Underground Railroad.

“It seems only fitting that we honor the Grovers, John Brown and the freedom seekers by telling and interpreting their compelling stories within the very walls where the human dramas occurred more than 140 years ago,” the trio wrote in the proposal.

The museum “would be a good investment in our history, as well as bring new tourism dollars to the Lawrence area,” according to the proposal.

Wildgen said the City Commission could consider the proposals, along with the future of the Carnegie Library at Ninth and Vermont streets, at a special session March 9.