News and notes from around the downtown area:
• I’ve got a garage full of vehicles from Detroit, and soon it seems that I could have a belly full of pizza that is inspired by the city too. Look for a new “Detroit-style” pizza restaurant to open on Ninth Street.

Longtime Lawrence restaurant owner Brad Ziegler has confirmed that he’s opening the Big Mill in the spot at Ninth and Mississippi streets that used to house a laundromat. Ziegler, who has Six Mile Chop House, among other businesses, plans to open the restaurant next month.

We’ve been trading phone messages, but I will catch up with him and provide a more detailed report on what he has planned for the old laundromat spot, which has been completely remodeled.

As for Detroit-style pizza, I mistakenly thought I had eaten it before. But, come to find out, Detroit-style is not when you order so much take-out that it fills the trunk of a Cadillac. I’ll learn more about it before I report back. But, at first glance, I know it is rectangular instead of round, and its crust is thick but often crispy on the bottom.

• It probably is not wise to eat a trunk full of pizza and then head to a climbing gym. But, you may soon be able to do so anyway in downtown Lawrence. Plans have been filed at Lawrence City Hall to convert an old building on Vermont Street into a climbing gym.

Climbing gyms generally involve a rock climbing wall and other features, such as “bouldering” areas.

The plans on file with the city call for the space behind the Eldridge Hotel to be converted into a climbing gym. The spot used to house Local Burger years ago, and it also includes the two-story office/warehouse building that is attached to the old restaurant spot. The plans also call for about a 1,700-square-foot addition that would be built in the driveway area of the garage/warehouse building.

Lawrence-based Paul Werner Architects is designing the project, but my understanding is that a local doctor is the developer after having reached a deal to purchase the building at 714 Vermont St. from members of the Fritzel family.

I’ve got a message into the doctor to confirm some of that, and will report back when I hear more.

• That building, which is across the street from the library, has been largely vacant for a number of years. On the other side of downtown, there is activity at another longtime vacant building, but not the type its owners are looking for.

A lawsuit has been filed involving the old Borders building at Seventh and New Hampshire streets. If you remember, that site has been proposed to become home to a mixed-use, multistory building that would house a grocery store on the ground floor and apartments above.

That development, however, has not materialized, and now a local company wants the money it has invested in the venture back.

NRM LLC, an investment group based in Lawrence, has filed a lawsuit in Douglas County District Court against Treanor Investments LLC and 700 New Hampshire LLC, which have been working to develop the grocery store/apartment project at Seventh and New Hampshire. 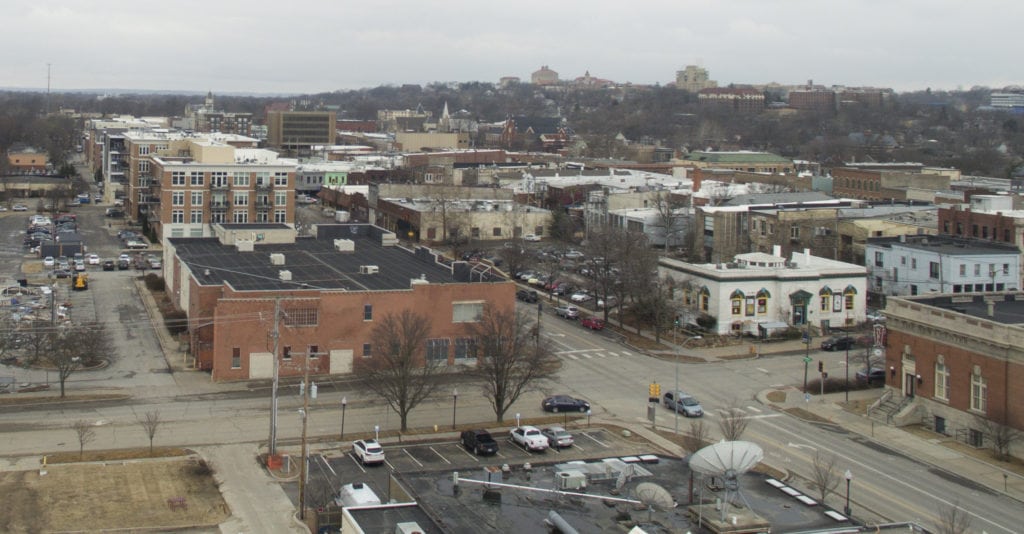 The former Borders building located at the southeast corner of Seventh and New Hampshire streets is pictured Wednesday, Feb. 28, 2018.

According to documents from the Kansas secretary of state’s office, NRM is led by Lawrence businessman Dipak Patel, who also is part of the group that owns the Lawrence Dunkin’ doughnut shop franchise.

The lawsuit alleges that NRM in 2017 invested $500,000 into an entity that Treanor Investments had created to help develop the property. The lawsuit alleges the investment was contingent on several conditions being met, including an executed lease for an area Price Chopper grocery store to locate in the new development.

That condition and several others haven’t been met, which has NRM arguing that the agreement requires the Treanor group, which is headed by Lawrence architect Mike Treanor, to refund the $500,000 investment.

In an answer filed last month, attorneys for the Treanor entity denied most of the allegations, including the assertion that Price Chopper had ceased all negotiations to locate at the site.

I don’t know what constitutes negotiations, but there certainly haven’t been any new filings that make it appear that a grocery store development is imminent at the location. Rather, there has been more discussion about a possible grocery store going into part of the vacant building that previously housed the Journal-World’s printing plant near Sixth and New Hampshire streets.

That wouldn’t be a Price Chopper, but more of a smaller, specialty grocery, according to what we reported in August. Plans for that project also haven’t solidified. At least they haven’t been filed at City Hall. But I’ve also been told the project is still being worked on for the time being. I’ll work to get some additional information and provide an update. 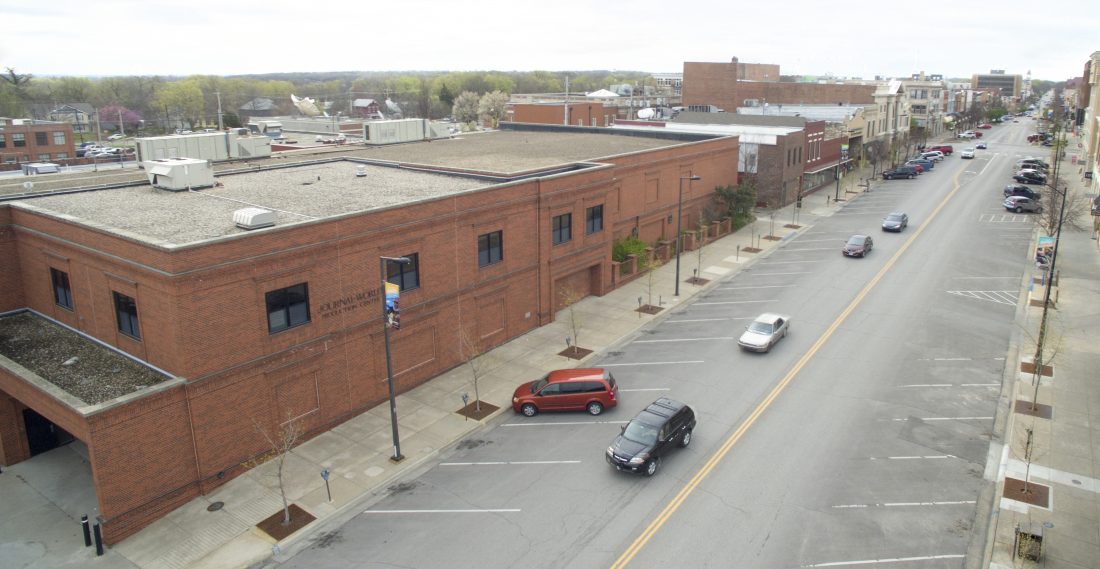 The former Lawrence Journal-World press facility, located at the northeast end of Massachusetts Street, is pictured in spring 2016.