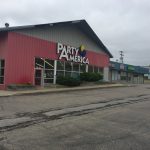 After plans were approved for its shopping center on 23rd Street to be redeveloped into a mixed-use apartment project, Party America had to find a new home in Lawrence. The party supply store has announced it will move into a shopping a shopping center at 23rd and Iowa streets in June.

If you are like me, a steak dinner is plenty of a reason to wear one of those pointy party hats. Throw in a loaded baked potato and we’ll have a heck of a fiesta, once I wake up from my nap. So, maybe it makes sense that Party America is moving into a space just behind the steakhouse chain Texas Roadhouse.

There had been some concern that Party America’s days were numbered. As we’ve reported, the 23rd Street shopping center it has called home will be torn down to make way for a large mixed-use project that will feature apartments with some ground-level retail.

• Feb. 18 — As 23rd Street shopping center prepares to be demolished, businesses are on the move

“I’ve worked here for 20 years,” store manager Sara Rice said about the uncertainty surrounding the store. “I didn’t know what the heck I was going to do.”

The answer now is clear: Keep on partying.

Rice confirmed that Party America has reached a deal to take one of the several vacant spaces in the shopping center at the southwest corner of 23rd and Iowa streets. Texas Roadhouse is the anchor tenant now, but the center used to also house the Sears Hometown store. Party America is going into the space that was next door to Sears Hometown, if you can picture that location.

Rice said the space will be slightly smaller than the store’s current space at 1441 W. 23rd St. But she said the store still will be able to offer most of its current offerings, which range from costumes to party decorations to helium balloons. The balloons actually have become a bigger part of the store’s business in recent years, as buying a helium balloon can be a little difficult online.

Looking for ways to compete with the slew of online offerings has been a big focus of the store. Rice said one of the biggest ways is through the advice the store’s staff can offer. She said everybody is looking for that special decoration or party idea that will stand out on Pinterest, and the staff can help put those type of decorations together.

“Retail life isn’t as great as it used to be, but we have a lot of services we can offer,” Rice said. “We have had a lot of people come into the store really nostalgic and sad when they thought we may not be in business anymore.”

Rice said she’s looking forward to moving off of 23rd Street and moving onto the busier Iowa Street corridor. Plus she said being next to so many popular restaurants — in addition to Texas Roadhouse, Bigg’s BBQ and several fast-food chicken restaurants are in the shopping centers next door and across the street from the business — will create some additional visibility for the shop.

Construction work already has begun to renovate the space at 23rd and Iowa streets. Party America has to be out of its current location by the end of the month. Rice said she expects the new location to be open by early June. 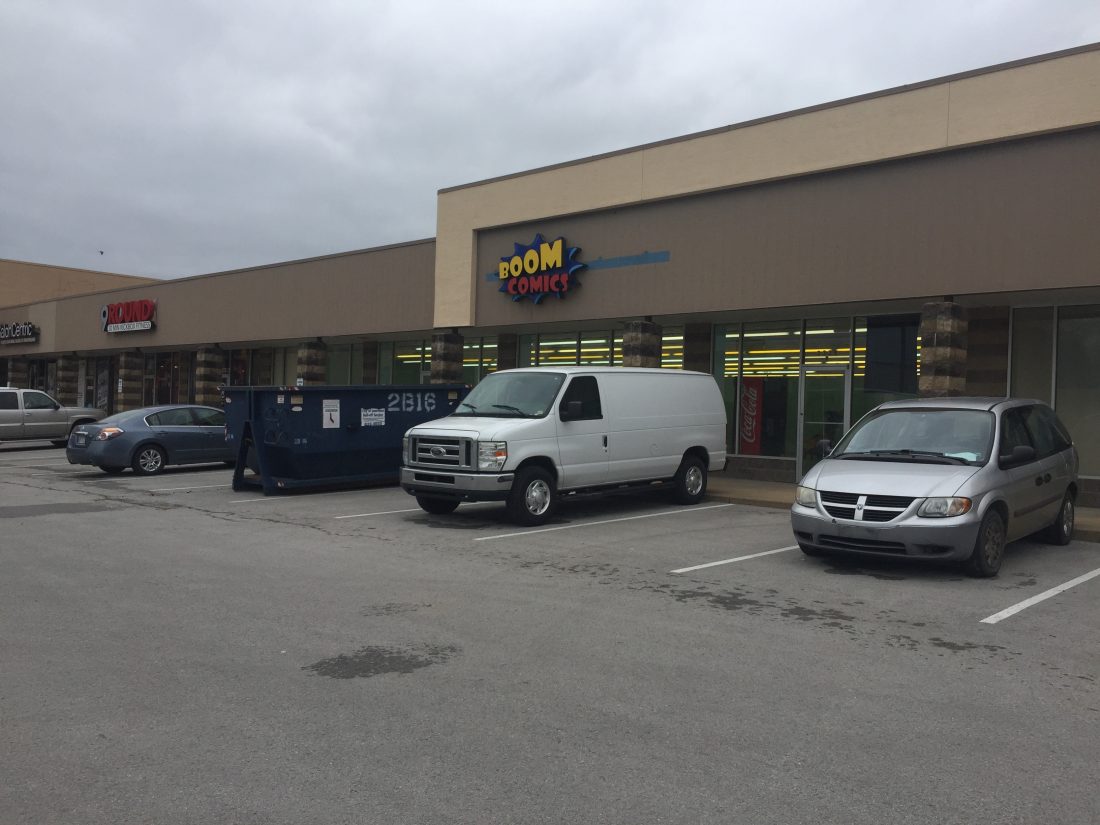 In other news and notes:

• Speaking of businesses where you can find a costume, remember the old Liberty Tax Service building on 23rd Street? Sure you do. What other business had a fellow dressed in a Statue of Liberty costume standing in the driveway?

Well, look for a new business to go in the spot later this month. Sacred Leaf, the CBD/hemp oil store that was one of the first to come to Lawrence, is moving from its location at 1901 Massachusetts St. later this month.

Store manager Ashley Warren told me via email that May 25 will be the last day on Massachusetts Street, and the new location at 810 W. 23rd St. will open on May 28. The new location will feature a drive-thru. It also will feature a new trend I don’t know much about: alkaline water. According to the expert named Mr. Google, alkaline water is less acidic than normal tap water, and some people believe it can help you metabolize nutrients and expel toxins. At American Shaman, you also will be able to infuse the water with CBD products. CBD products, of course, come from the part of the hemp plant that doesn’t make you high but is purported to help people with everything from anxiety relief to pain management.