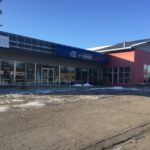 The existing shopping center at 1401 W. 23rd Street would be razed as part of the plan to develop a new three-story apartment and retail building on the site.

Lots of people live a block or two off 23rd Street. But not that many people actually live right along it (unless you count that extended stay at Wendy’s when Frosties were a dollar.) But plans have been filed for a new development that may change that trend.

An out-of-town development group has filed plans to tear down the shopping center that includes Party America, Copy Co., UNI Computers and others, and build a three-story building in its place. Plans call for the building to have 119 apartment units and a little more than 8,800 square feet of retail space.

Plans call for a three-story apartment and retail building to take the place of a shopping center at 1401 W. 23rd St.

It would be one of the most significant developments to happen on 23rd Street in quite some time. It is happening at a time when the corridor already is changing identities somewhat. It has gone from a street really packed with traffic to one that has seen a decline in traffic numbers since the completion of the South Lawrence Trafficway bypass project.

For years, all that traffic has attracted fast-food companies and other retail and service businesses that thrive on high vehicle counts. A big development company, though, apparently is betting the corridor will need to change in the future.

“The evolution of W. 23rd Street calls for more approachable and mixed use settings, and this project would provide an early example of that potential,” the development firm The Opus Group said in its project application to City Hall.

If so, expect some big buildings along 23rd Street in the future. Plans call for this one to be 140,000 square feet, with a big parking lot. The project stretches all the way to West 24th Street. The map below shows how big a development it would be. 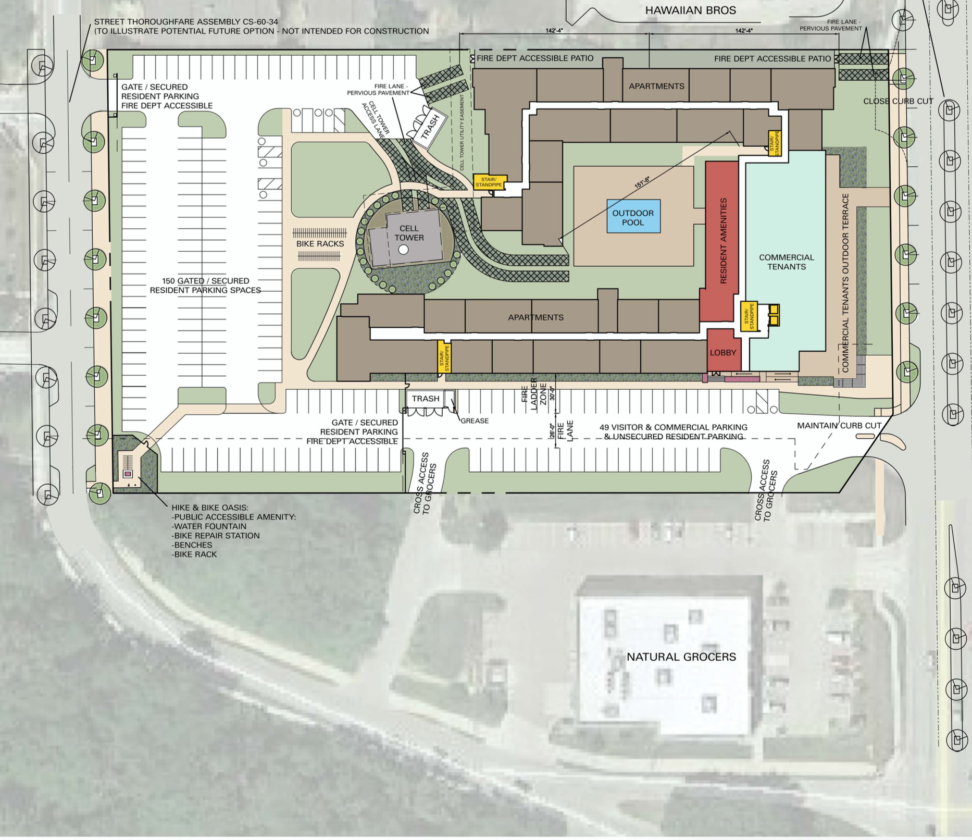 A site plan shows the proposed layout of an apartment and retail developments proposed for 1401 W. 23rd Street.

Among other details on the site plan:

• The building would be in a U-shape, with ground floor retail uses facing 23rd Street, while the apartment uses would be along the side and back of the building. The center portion of the “U” would be a courtyard with an outdoor pool, fire pits, patios and other such amenities.

• The space between the sidewalk on 23rd Street and the front of the new building would be a terraced area that would be designated as “civic space” and open to the public. The development group is using a new part of the city’s zoning code — called the Smart Code — and it requires a development such as this to have some civic spaces built in. I’m not sure of all the details on this particular terraced area, but the plans indicate it will be an area featuring a lot of green space and places for people to sit and enjoy the weather. The project does have a different feel in that none of the parking for the development is in front of the building. It is all on the side or at the back. The back parking, which would be accessed off of West 24th Street, would be gated parking reserved for residents.

• In the far southeast corner of the project, there is another civic space area. It is called a Hike and Bike Oasis. That portion of the project is basically across the street from the city’s Naismith Valley Park and trail. The “oasis” would serve as a trailhead and would have a water fountain, benches, bike parking and one of those do-it-yourself bike repair stations. 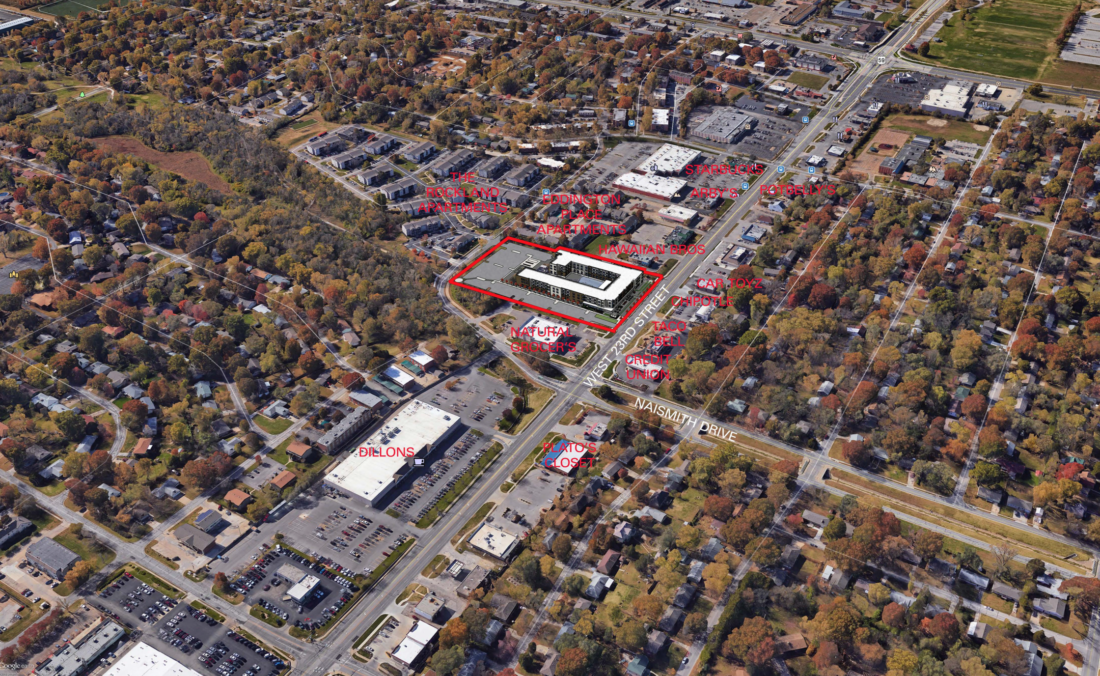 An aerial view shows where the proposed development by The Opus Group would be located along 23rd Street.

I’ve got a call into The Opus Group to find out more about the project. The Opus Group is based in Minneapolis and has done several major redevelopments in the downtown area there. The company also has a Kansas City office. In the Kansas City area, the company is working on an approximately 250-unit luxury apartment complex in Westport, and also is working on a multistory office and mixed-use building called the Edison District, which will occupy about a block of downtown Overland Park.

I’ll let you know if I hear more from the group about its Lawrence plans. The project, though, is certainly one to watch. The project won some preliminary approvals on Wednesday from the Lawrence-Douglas County Planning Commission. Before the project can move ahead, though, it must win planning approvals from the Lawrence City Commission. In some ways, those approvals would be historic. This is the first project in Lawrence to use the new Smart Code portion of the city’s development code. In general, that code allows for some greater density in development, but it also requires that there be a mixed-used element to the project — in other words, not just all apartments or all retail — and encourages the creation of civic and green spaces as part of new developments.

This is the second major mixed-used project to be filed with the city in recent months. As we’ve reported, Chicago-based Core Spaces filed plans for a seven-story apartment and retail project at 11th and Massachusetts streets where the former Allen Press headquarters is. That project, though, faced significant opposition from planning commissioners over its density and height.

Who would have thought it, but perhaps it may end up being easier to build big mixed-use projects on 23rd Street than in downtown. It is a trend worth watching.

As for existing businesses in the shopping center, look for them to start announcing their plans. One already has. Copy Co. has announced it is moving to 540 Fireside Court, which is near Sixth and Kasold, according to a business flyer that was passed along to me.