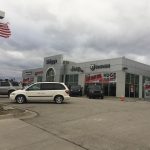 Dale Willey Auto Group has reached a deal to purchase the Chrysler Dodge Jeep Ram dealership that is owned by Briggs Auto Group at 2300 W. 29th Terrace in south Lawrence. Dale Willey has signed a deal to begin operating the dealership, and expects a sale to be finalized in 30 to 45 days.

Big changes continue to happen in the local auto market. It looks like one of the larger out-of-town auto dealers is preparing to exit Lawrence and be replaced by a locally owned operation.

I’ve received confirmation that Lawrence-based Dale Willey Auto Group has signed an agreement to begin managing the Chrysler, Dodge, Jeep and Ram dealership owned by Manhattan-based Briggs Auto Group. Jeff Hornbeck, general manager for Dale Willey, told me the management agreement is the first step in Dale Willey buying the dealership from Briggs. He said he expects a sale to be completed in 30 to 45 days.

“We want to bring that dealership back home, and we want to give people another reason to buy local,” Hornbeck said.

This latest deal is different in that Briggs is a Manhattan-based auto dealer with locations in several cities across the state. It has been in Lawrence for a little more than 10 years, and at one point really was aggressive in remaking the Lawrence Auto Plaza near 31st and Iowa streets. It did multimillion-dollar renovations at its Subaru, Nissan and Chrysler dealerships, plus converted a former medical supply building at 2851 Iowa St. into a used car showroom. 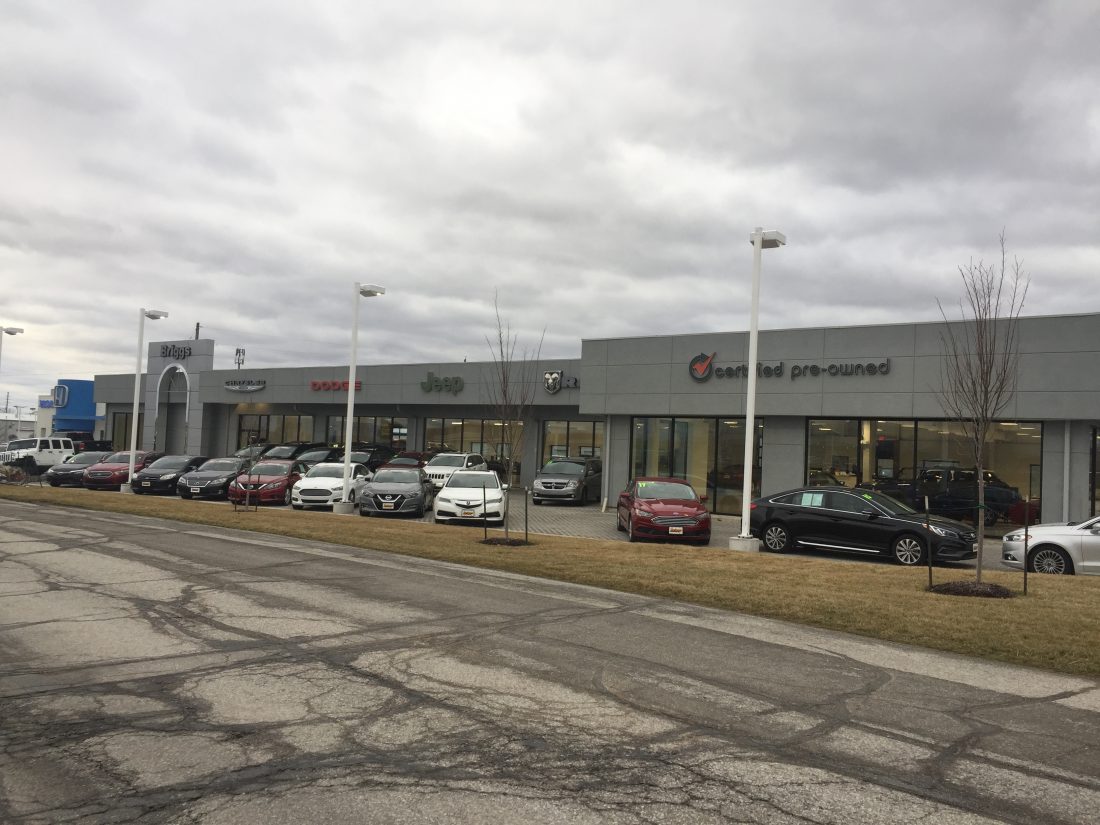 That used car center also is part of the deal with Dale Willey. That facility will give Dale Willey a large amount of space on south Iowa Street to sell used vehicles. If you remember, Dale Willey in 2015 converted the former Payless Furniture building into a used car showroom. That showroom will remain in operation and is just across the street from the Briggs facility that Dale Willey now will operate.

He said adding inventory is a big part of the dealership’s plans. He said there wouldn’t be any cutback in staffing or other services at either one of the dealerships Dale Willey has acquired.

“We will be looking to add people,” Hornbeck said. “The facilities are newer, so we probably won’t have to do much there, but we will add employees and inventory.”

Hornbeck said he thinks the Chrysler dealership will benefit from having local ownership and management.

“We are looking to provide some stability at the Chrysler-Dodge dealership,” Hornbeck said. “People like to see familiar faces when they go into a dealership. At our dealership we have lots of people who have been here for years, not months.”

The deal, once completed, will give Dale Willey a piece of three major auto families: Honda, Chrysler and Chevrolet/GMC, which has been the dealership that Dale Willey has operated the longest.

Dale Willey opened for business in 1970 in Lawrence. Its founder and namesake, Dale Willey, sold the business to local ownership led by Greg Maurer in 2014. Hornbeck said the company has been looking for expansion opportunities for awhile and said it mainly was coincidence that it made two deals so close together.

“Two came up at once,” Hornbeck said. “That is not necessarily ideal, but they both definitely are the right opportunities.”

Hornbeck said he thinks Dale Willey’s larger presence in the market will make it easier to convince residents to make their auto purchases in Lawrence rather than going to Kansas City or elsewhere.

“We think there is a lot to be said from buying from somebody that you bump into at the grocery store, or see while you are out having dinner,” Hornbeck said. “Lawrence is still the type of town that can be tight knit, and we like that.”

Hornbeck said signs rebranding the facility as Dale Willey operations should go up in the coming days.

As for Briggs, it continues to own the Nissan and Subaru dealerships in town. I do, however, have a call into the Briggs headquarters in Manhattan to try to find out more about whether those dealerships also are on the market, or what other plans Briggs may have for Lawrence.