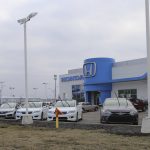 Jack Ellena Honda is pictured on March 1, 2019. The dealership has been purchased by longtime competitor Dale Willey Automotive Group and will soon be renamed Dale Willey Honda.

While a lot has changed in the business of selling cars since 1969, one constant in Lawrence has been Jack Ellena. That changed on Friday, as the oldest car dealership in Lawrence announced it had been sold and was changing names. Its new namesake, though, is the one it has been staring at since 1970.

Dale Willey Automotive Group announced it has completed the purchase of Jack Ellena Honda and is changing the name of the business to Dale Willey Honda.

“The oldest nameplate in Lawrence, which was Jack Ellena, is selling to the second oldest in Lawrence,” said Jeff Hornbeck, general manager of Dale Willey Automotive Group. “We really wanted to keep this dealership local.”

“It will be business as usual,” Hornbeck said of operations of the Honda dealership and its service department. “We just want to grow it, make it even better.”

Hornbeck said Dale Willey was excited about being able to sell the Honda brand.

“We have a really strong car line now with Honda in the mix,” Hornbeck said. “We’ve never had an import line before. We are looking to really expand the business here in Lawrence.”

Hornbeck said when the Jack Ellena Honda dealership became available, there was competition to buy it, but he thought Dale Willey’s longtime presence in the Lawrence marketplace made a difference.

“We all live here, we all work here, we all buy groceries here,” Hornbeck said of the ownership and management of the dealership. “The chance that John gave us to keep it locally owned and operated was a big deal to us all.”

Attempts to reach John Ellena for comment weren’t immediately successful. Hornbeck, though, praised the work he has done with the Honda dealership.

“He has just done a great job over the years at that dealership,” Hornbeck said. 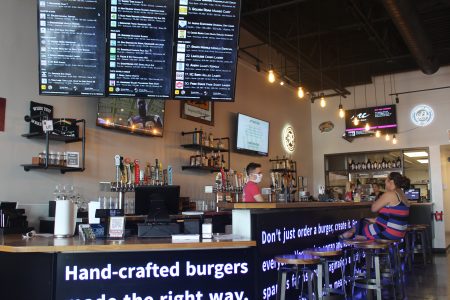